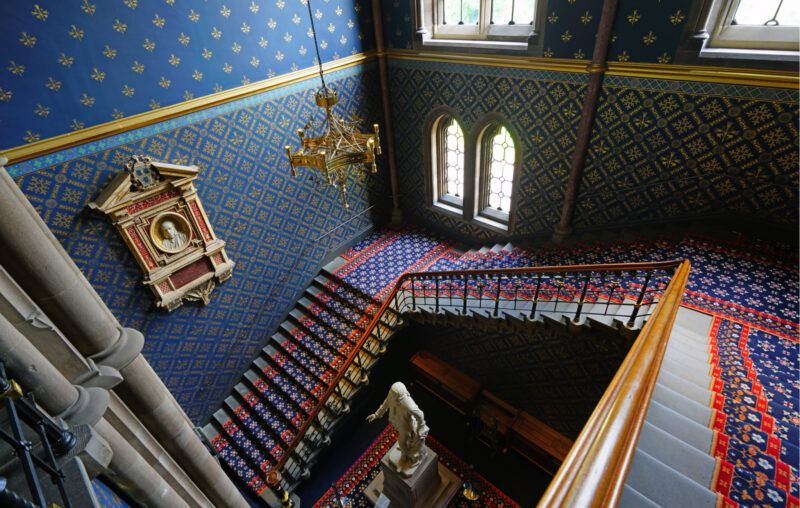 The word liberal first acquired a political meaning in Britain in the 1770s.

But prior to that, over many centuries, “liberal” had two meanings. First, “liberal” signified activities becoming of a free man—the liberal arts, the liberal sciences, the liberal professions. Liber in Latin means both “free” and “book.”

The other meaning was generous, as in “giving liberally” or “liberal supplies.” Generosity is characteristic of a free man, so this meaning relates to the first.

It was not for nothing that, between 1880 and 1940, collectivists arrogated “liberal” for themselves.

“Liberal” first obtained a political meaning from British writers, most importantly Adam Smith, who published The Wealth of Nations in 1776. Smith adopted “liberal” as the name for his “system of natural liberty.” The Wealth of Nations propounded “the liberal plan of equality, liberty, and justice,” and “the liberal system” of free enterprise. The book was immediately highly influential, and other thought leaders followed suit in adopting “liberal.”

“Liberal” suggested allegiance to the liberty principle. Still today we speak of removing restrictions as liberalization. Throughout much of the world today, “liberal economics” means economics favorable to freer markets.

From the political use of “liberal” arose “liberalism,” beginning in the 1820s. Some historians say it’s wrong to say that Smith advocated liberalism, because in his time the word liberalism wasn’t in use. But that’s like saying because the word racism was not used until after World War II, racism didn’t exist until then.

When we call leftists “liberal,” we relinquish the term. We then have difficulty claiming Smith and his tradition, because that was the liberal tradition.

The idea of “a liberal society” is the idea of a limited, constitutional government, which is necessary to uphold “the liberal plan of equality, liberty, and justice.” Liberalism 1.0 is the soul of Western civilization. (Larry Siedentop suggests that such emergence was the child of Christianity.)

Here in North America, “liberal” is used in the regrettable way. But around the world we see many political regimes that are theocratic, clientistic, tribalistic, or socialistic—usually coming in some combination thereof. Over against those repressive and despotic systems, we defend “liberal society” or “liberal democracy.”

When liberalism 1.0 acquired sage formulation in the days of David Hume and Adam Smith, Britain was quite special for its stability and regularity in government, its rule of law, and its cohesiveness as a nation-state. Adam Smith’s “liberal plan” presupposes a stable polity that upholds a presumption of liberty in the regular, peaceful procedures of policy debate and issue-by-issue policy reform. By recovering “liberal,” we position ourselves for appreciation of the English-speaking polities. By calling leftists “liberal,” we tend to forsake the specialness and centrality of the Anglo experience.

By calling leftists “liberal,” we give way to a leftist narrative of liberalism—that liberalism originated during the French Revolution, and that Britain then imported liberalism from the Continent. In this narrative, liberalism chiefly concerned political participation and collective action, as opposed to liberty, or, as Smith put it, “allowing every man to pursue his own interest his own way.” By calling leftists “liberal,” we underwrite the wrong narrative, one that lionizes the French Revolution and that obscures the remarkable emergence and articulation of the liberty principle, notably in eighteenth-century Britain.

Although we can do little to change public policy, we can change our own personal semantic practice. Such an improvement enhances wisdom, which pays off in the grand scheme of things. To advance universal benevolence, use words wisely.

If we are to stand up for liberal civilization, we must first appreciate the great arc of liberalism—that is, the development of liberalism, beginning, say, with the printing press in the fifteenth century and its subsequent ups and downs, and across liberal civilization, not just the American scene. Such higher appreciation is sabotaged by calling leftists “liberal.”

In The Lion King, the spirit of Mufasa tells Simba: Remember who you are.

You are not an “anywhere,” but a “somewhere”: a son or daughter of liberal civilization.

Reprinted from the Intercollegiate Studies Institute

This article, 10 Reasons Why You Shouldn’t Call Leftists “Liberal”, was originally published by the American Institute for Economic Research and appears here with permission. Please support their efforts.

Cybersecurity Players Should Do Well Despite Economic Headwinds