200th Anniversary of a Great American Demolition of Tyranny 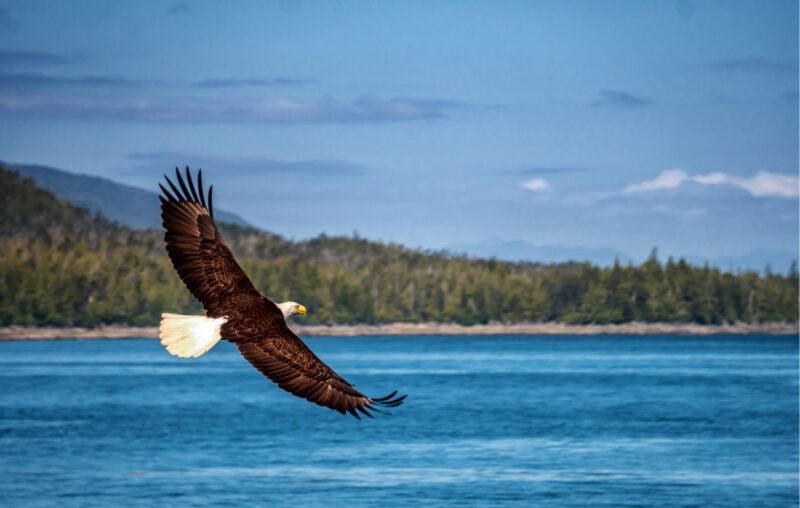 This is the 200th anniversary of the publication of one of the best American books on trade policy by one of the most thoughtful and least appreciated political analysts of the Founding Fathers era.

I ran into John Taylor of Caroline when I was roaming the shelves of the Library of Congress in 1987. A few weeks earlier, I had written a piece that the Wall Street Journal headlined, “U.S. Fair Trade Laws Are Anything But,” in which I pounded the Commerce Department for almost always finding imports guilty of selling at “less than fair value” on the basis of nonsense pulled out of their bureaucratic ears. I scoffed that U.S. “trade laws perpetually inflate domestic prices in order to protect consumers against the one-in-a-million possibility that a foreign company could corner the market — and raise prices.” Bruce Smart, the undersecretary of commerce for international trade, sent an angry response to the Journal: “Mr. Bovard displays an alarming ignorance of our trade laws.” I sought to allay officialdom’s alarms by becoming better informed.

I slipped into the Library of Congress alcoves, found the shelves with publications on trade policy from America’s first decades, and fetched out an armload of musty petitions to Congress from the early 1800s. Citizen committees from Boston to Virginia denounced rising tariffs as a betrayal of the Constitution, denying that the federal government had any right to forcibly sacrifice some groups for others’ profit. I also found Tyranny Unmasked, a not-quite-tattered 1822 book. The author, John Taylor (1753–1824), had been an Army officer under George Washington during the Revolutionary War and later served in the U.S. Senate, representing Virginia. I photocopied the entire book and devoured it page by page. (Tyranny Unmasked was reprinted by the Liberty Fund in 1992.)

Taylor’s book beautifully showed how politicians could not strangle trade without also destroying freedom. It was a revelation to see how protectionists had used the same arguments in the early 1800s that they propagated in the 1980s. Taylor provided some of the most insightful quotes for my 1991 book, The Fair Trade Fraud (St. Martin’s Press). In exchanges between individuals — in contract law — the test of fairness is the voluntary consent of each party to the bargain — “the free will which constitutes fair exchanges,” as Taylor wrote. But when politicians call for “fair trade” with foreigners, they routinely use a concept of fairness that is diametrically opposed to the words’ normal usage. When politicians speak of unfair trade, they do not mean that buyers and sellers do not voluntarily agree, but that U.S. government officials disapprove of the bargains American citizens choose to make.

Tyranny Unmasked was an angry retort to an 1821 report by the congressional Committee on Manufactures, which asserted that “commerce is exporting, not importing” and “the excess of exports over imports is the rate of profit.” This same gem of logic popped up in President Donald Trump’s ragings against imports, thereby proving that some fallacies are eternal.

Taylor skewered protectionists with piercing sarcasm: “How could it happen that exchanges of property with foreigners should ruin us, but that transfers of property [by means of tariffs] to capitalists should do us no harm?” Taylor recognized how tariffs corrupted the entire political system: “Laws for creating exclusive privileges and monopolies corrupt governments, interests, and individuals; and substitute patronage, adulation and favor, for industry, as the road to wealth.” Taylor appealed to the values of 1776 to seek to block the skullduggery of his time: “We fought in the revolutionary war against exclusive privileges and oppressive monopolies.” And Taylor also had the record on his side: “In the history of the world, there is no instance of a political economy bottomed upon exclusive privileges, having made any compensation for the deprivation it inflicts.”

Tyranny Unmasked rebutted the statist delusions that were bubbling up in the District of Columbia even before the birth of Ronald Reagan. Taylor scoffed at the notion of any natural or inherent harmony of interests between rulers and the ruled: “Governments able to do so, uniformly sacrifice the national interest to their own.” Taylor derided the congressional report for asserting “that an overflowing treasury indicates national prosperity.” Taylor points out that “this is the chorus of all the songs uttered by those who receive such overflowings.” Perhaps he saw how tariffs and other business subsidies would turn Washington into a swamp of lobbyists and shameless hustlers. Taylor jibed, “What painter has drawn Liberty as a mogul almost suffocated with money and jewels; or with an overflowing Treasury in her lap, and scattering money and exclusive privileges with her hands?”

Protectionists in the early 1800s were calling for higher tariffs as retaliation against European barriers against American imports. Taylor noted, “All monopolies and exclusive privileges [for protecting domestic manufacturers] have succeeded by using the same argument. It is invariably condensed in the single word ‘reciprocity’…. It would be exactly the case of a pacific war, in which the nations should make laws that neither should attack the other, but that each should shed at home a reciprocal portion of its own blood.”

We have long been engaged in what is called a war of reciprocity. Blow begets blow, and wound follows wound, and commerce is gasping in the battle…. We have not gained a single victory in a twenty years’ war of restrictions against restriction, and the harder we strike the enemy, the more severely the blow recoils upon ourselves.

Taylor recognized that the best way to fight foreign unfair trade practices is to maximize American productivity. He declared, “The most efficacious mode of defeating foreign restrictions to which we can resort, would be to establish a really free commerce, which would enlist the merchants of all nations to evade and counteract them.”

Taylor’s warnings went unheeded. In 1828, Congress passed the “Tariff of Abominations” — a crushing, heavy tariff that explicitly sacrificed one part of the country to another part — and set the South on fire. Northern manufacturers got almost all the benefits of protection, while Southern farmers were forced to pay higher prices for comparatively inferior American products and lost their cotton export markets because of foreign retaliation against the United States.

In 1832, Congress upped the tariff still higher. South Carolina declared the new tariff unconstitutional and thereby null, sparking a national crisis. In early 1861, after seven southern states seceded (in part to preserve the odious institution of slavery), congressional Republicans rushed to enact a prohibitive tariff bill even before Lincoln took office. A New York Times editorial on February 14, 1861, warned that boosting the tariffs as high as 216 percent could drive the border states out of the Union: “One of the strongest arguments the [seceded states] could address to [border states] would be furnished by a highly protective tariff on the part of our Government, toward which they cherish the deepest aversion.” The Times condemned the bill as a “disastrous measure” that “alienates extensive sections of the country we seek to retain” and will “deal a deadly blow … at the measures now in progress to heal our political differences.” But Republicans were determined to effectively blockade American ports to foreign goods, and more states seceded after the onerous tariff law was passed.

The insights in Taylor’s Tyranny Unmasked extend far beyond political economy. Taylor loathed tariffs because he recognized them as a vast expansion of government power and political prerogatives. “Tyranny in form is the first step towards tyranny in substance,” he warned. And he wisely noted, “In defining a tyrant, it is not necessary to prove that he is a cannibal.” Instead, “Ambition and avarice are the passions which produce civilized tyranny.”

Taylor recognized how the rising rhetoric of democracy could result in vastly swelling the size of the federal government. His axiom, “Self-government is flattered to destroy self-government” should have been carved above the entrance to the White House. Taylor also impaled another political fraud that became far more common in the following century: “Freedom is not constituted solely of having a government of our own. Under this idea most nations would be free.”

Taylor was also far ahead of his time in his derision for how American politics had defaulted in a two-party system where rascals took turns plundering the public:

Nations are always enslaved by the ingenuity of creating a blind confidence with party prejudices. A reigning party never censures itself, and the people have been tutored to vote under two senseless standards, gaudily painted over with the two words “Federalist and Republican,” repeated, and repeated, without having any meaning, or conveying any information. One party passed the alien and sedition laws; the other, the bank and lottery laws; and both, many other laws, theoretically unconstitutional, and practically oppressive; but neither has overturned unconstitutional precedents, though they have often charged each other with creating them.

Taylor’s moral reasoning on entitlements was far superior to what has prevailed in America since the New Deal: “Though legislatures have no moral or constitutional right to give one man’s property to another; yet that by combining the property of all men under the appellation ‘public,’ they acquire both a moral and constitutional right to give the property of all men, to one man.” He warned that “a free government cannot subsist in union with extravagance, heavy taxation, exclusive privileges, or with any established process by which a great amount of property is annually transferred to unproductive employments.”

Taylor was especially appalled at how the Supreme Court in the early 1800s expanded sovereign immunity like a toxic legal cloud. He warned in Tyranny Unmasked, “There are no rights where there are no remedies, or where the remedies depend upon the will of the aggressor.” Taylor recognized that “sovereignty” was just a Pandora’s box that could unleash endless oppression. He observed that the Constitution “wisely rejected this indefinite word [sovereignty] as a traitor of civil rights, and endeavored to kill it dead by specifications and restrictions of power, that it might never again be used in political disquisitions.”

Taylor was contemptuous of Washington long before it was cool. In his 1820 book, The Constitution Construed, he warned, “The claim of governments to be considered as the apostles of knowledge, is precisely the same with their claim to religious apostolick power, and experience has sufficiently proved, that both powers beget oppression.” Rather than recognizing this fundamental truth, legions of pundits and intellectuals have bought into the notion that we are ruled by “the best and the brightest.” As one critic recently commented, Washington is full of people who think they are the smartest person in the room. Regardless of how often the federal government ravages America or the world, Washingtonians continue strutting as saviors.

Taylor’s disillusionment resonates in words that Americans can bitterly appreciate today. He declared that the United States had been “entrusted” with a “commission to overturn political idolatry” that had vexed humanity throughout recorded history. He saw the fate of Americans as answering once and for all “whether human nature is able to maintain a fair, free, mild, and cheap government.” But his countrymen were “surrendering their [liberty] to political frauds.” In the 200 years since the publication of Tyranny Unmasked, the names of some of the political frauds have changed but the surrendering continues.

This article was originally published in the February 2021 edition of Future of Freedom.

This article, 200th Anniversary of a Great American Demolition of Tyranny, was originally published by the American Institute for Economic Research and appears here with permission. Please support their efforts.