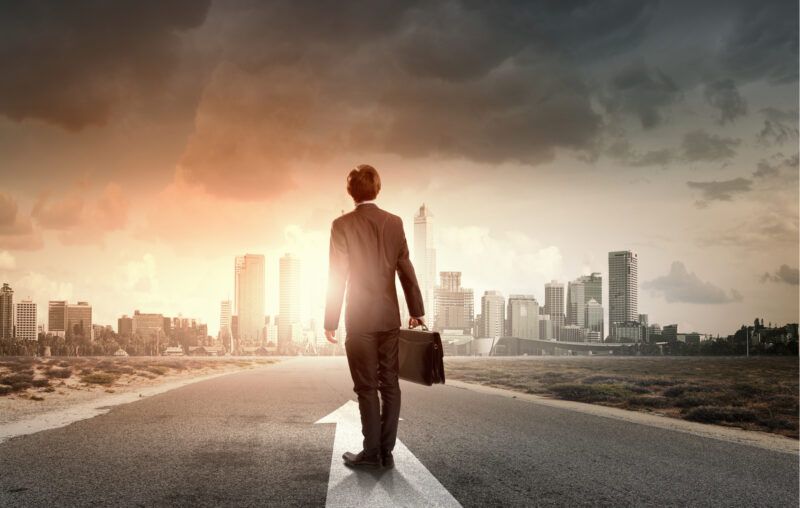 In 2021, we saw the unwinding of a number of policies and practices put in place in 2020, as well as the reversal of certain trends. Even as some states cast off lockdowns, compulsory masking, and other pandemic policies, others lifted and reapplied stringent measures time and time again. Even in the last weeks of the year there remained some policymakers acting as if it were February 2020. Political rifts in American society seem as deep and divisive as they’ve been in the living memory.

Inflation is back, the current administration is being pilloried in polls, transportation snarls are everywhere, and in retrospect 2021 looks more and more like 1979.

Here, in my sole estimation, are 21 noteworthy data points–prices, percentages, dates and other forms of quantitative information–that highlight or exemplify certain developments in 2021, the second year of the pandemic.

The year began with the Bureau of Labor Statistics January 2021 US CPI (Urban Consumers Index, YoY) reading coming in at 1.4 percent (below consensus estimates of 1.5 percent) on February 10, 2021.

The publicly traded stock of GameStop, the video game retailer, increased by this amount in January of 2021. Despite questionable financials, groups of retail traders coordinated a short squeeze which caught many hedge funds in the low-liquidity stock by surprise. While the media played up egalitarian angles, on both the long and short side the event exemplified the distortion of sound risk management following policy-induced market volatility and effectively zero interest rates.

By various accounts the Shiba Inu coin increased by one of these amounts–in millions of percent–in 2021 before collapsing in price. At one point an $8,000 investment became worth several billion dollars…if a counterparty could be found to sell to.

Shortages of chemicals and increases in natural gas prices led to a jump in fertilizer prices, as the 2021 increase in the Green Markets North America Fertilizer Price Index depicts. Scarcity of ammonia, urea, potash, sulfur, and a wide variety of other fertilizers throughout last year have led farmers to both shift toward less fertilizer-intensive crops as well as reducing overall harvest sizes.

Loss in China Evergrande Group common shares in 2021. The conglomerate, owing to highly leveraged investments in real estate, fell from a high of $17.26 in mid-January to a low of $1.45 in mid-December.

The price to which many formerly $1.00 goods at Dollar Tree and Dollar General have risen, as well as many 99 Cent Pizza places in New York City in 2021. And the low-to-high change in the US Average Gasoline Price (from $2.57/gallon to a high of $3.72/gallon) during the year.

The highest 2021 value of the 10-year zero coupon US inflation swap, predicting an average annual inflation of nearly 3 percent over the next ten years.

Owing to semiconductor shortages, shipping/transportation delays, and stimulus payments, used (meaning, completed/available) and rental car prices shot up in 2021. By the end of 2021, the CPI index that accounts for used cars and trucks had risen 39 percent, while the rental index rose 38 percent. (Rental prices had come down from being up as much as 64 percent by June 2021.)

The number of US publicly-traded firms which, respectively, surpassed $1 trillion (Tesla and Facebook/Meta), $2 trillion (Microsoft and Alphabet), and $3 trillion (Apple) in market capitalization in 2021.

Peak net worth of innovator Elon Musk, reached in early November 2021 upon the announcement that Hertz would purchase 100,000 electric vehicles from Musk’s Tesla Corporation.

Number of acquisitions, mergers, and other major corporate transactions struck in 2021 accounting for $5.8 trillion worth of deals. It’s an all-time record, it’s the first time the total value surpassed $5 trillion, and the continuation of a trend that has roots in low interest rates, rising asset prices, and the decimation of small/medium-sized firms owing to lockdowns and stay-at-home orders. (Note: Bloomberg data employs a different count methodology.)

On August 15, 2021, it was exactly 50 years to the day since President Richard M. Nixon closed the gold window and with it the last tie between the US dollar and gold. Although there are a number of estimates, by one measure the dollar has lost 85 percent of its purchasing power since then.

In the November 2021 Job Opening and Labor Turnover Summary of the US Bureau of Labor Statistics reported 4.5 million quits: 3.0 percent, a record going back decades. The industries seeing the largest number of voluntary departures included food services, accomodations, hospitality, healthcare, transportation, warehousing, and utilities. The regions most affected are the Northeast, the Midwest, and the South.

The number of Federal Reserve officials to resign after it was revealed that they traded in brokerage accounts before policy announcements. Robert Kaplan (President of the Dallas Fed) and Eric Rosengren (President of the Boston Fed) left their offices in 2021 after disclosures regarding the timing of certain investment decisions.

Loss of value of Turkish lira vs the US dollar in 2021 amid economic mismanagement and a 36 percent rate of inflation (annualized).

Date of acceptance of an article entitled “Inter-Hospital Escalation-of-Care Referrals for Severe Alcohol-Related Liver Disease with Recent Drinking During the COVID-19 Pandemic” in the journal Alcohol and Alcoholism. In the coming years, this article will likely appear as an early, canary-in-the-coal-mine warning about one consequence of lockdowns.

Lumber was a commodity of particular focus throughout 2021, driven by a combination of pandemic-policy shutdowns, stimulus payments, an explosion of DIY projects, and tariffs. At one point, because so much panic buying had taken place as prices rose from $400 to $1,700 per thousand board-feet, inventories of major lumber yards, wholesalers, contractors, and homebuilders were full. Ten is the number of times in 2021 that front-month lumber futures crossed over or under the $1,000 per thousand board-feet price in 2021, after trading at an average price of $291.31 per thousand board-feet for over three decades.

This article, 2021 In 21 Numbers, was originally published by the American Institute for Economic Research and appears here with permission. Please support their efforts.