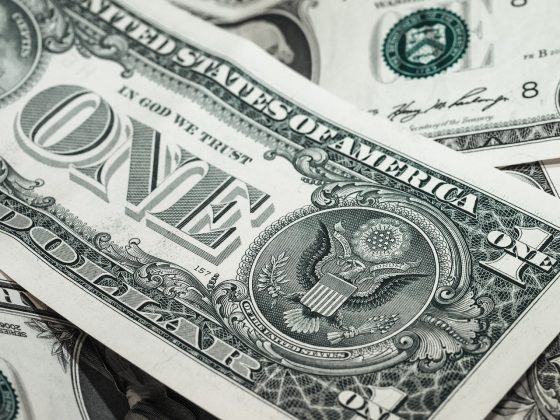 I hope that you are enjoying these beautiful summer weekends while you still can, because it appears that very troubled times are dead ahead.  Simultaneously, inflation continues to spiral out of control even as economic activity in the U.S. dramatically slows down.  Many have compared what we are currently experiencing to the “stagflation” of the 1970s, but the truth is that what we are facing will eventually be so much worse than anything that we went through back then.  A meltdown of historic proportions is here, and as you will see below, some of the biggest names in the entire country are talking about it.

On Monday, the average price of a gallon of gasoline in the United States set another all-time record high…

There are now 10 states where the average price of gasoline is $5 a gallon or higher, with the latest being Michigan and Indiana. Washington, DC, is also above $5, according to CNN.

A 25 cent increase in one week is just insane.

If we continue on this trajectory, the price of gasoline would go up about a dollar a month.

I can’t imagine that will be the case, but stranger things have happened.

Overall, the average price of a gallon of gasoline in the United States has now more than doubled since Joe Biden entered the White House.

How high will it be a year from now?

For a long time I warned my readers that the price of gasoline would eventually hit ten dollars a gallon, but now we have learned that it is already almost there at one gas station in California.

Meanwhile, U.S. economic activity is really slowing down and we are being warned to brace ourselves for the worst.

In fact, at this point some of the most prominent people in the entire country are starting to sound like they could be writing for The Economic Collapse Blog.  The following are four really big names that are warning that major economic disaster is ahead…

Tesla CEO Elon Musk has a “super bad feeling” about the economy and wants to cut about 10% of jobs at the electric carmaker, he said in an email to executives on Thursday seen by Reuters.

The message came two days after the world’s richest man told employees to return to the workplace or leave the company.

#2 I never imagined that I would write about something that rapper Cardi B said on this website, but that is precisely what I am about to do.  At one time she was a huge Biden supporter, but on Sunday she publicly suggested that the U.S. economy is about to enter a recession…

Rapper and Joe Biden supporter Cardi B took to Twitter on Sunday to ask when “they going to announce” that the United States is “going into a recession.”

“When y’all think they going to announce that we going into a recession?” Cardi B wrote Sunday in a tweet, which has since garnered more than 120,000 likes, and over 16,000 retweets.

Actually, the U.S. economy contracted during the first quarter of 2022, and if it contracts again in the second quarter then we are actually already in a recession right now.

#3 I really admire author Robert Kiyosaki, and his advice has helped millions of people all over the globe.  In the past he was known for his relentless optimism, but now he is almost as pessimistic about our economic future as I am.  For example, he tweeted out the following back on March 8th…

DO YOU HAVE a PLAN “B”? We are in BIGGEST BUBBLE in world history. Bubbles in stocks, real estate, commodities & oil. FUTURE? Possible DEPRESSION with HYPER-INFLATION. My PLAN B: be an entrepreneur, stay out of stock market, create own assets, use debt as $, save G,S, BC, guns.

Then he followed that up with this gem on March 13th…

BRANDON & FED want INFLATION to pay off trillions in debt. BEST INVESTMENT may be stocking products you will always use such as toilette paper, trash bags, canned goods, frozen foods, gold, silver, Bitcoin. I do not trust Brandon or Fed. They are Marxists. End the Fed & Brandon.

Of course he is dead on accurate about where the economy is heading.  I don’t share his optimism about Bitcoin, but otherwise I think that the things that he has shared are very wise.

#4 The crisis that we are now dealing with did not arrive overnight.  For years, many of us have been relentlessly warning about debt levels, the destruction of our currency, and the foolish decisions that our leaders were making.  Now we are facing the largest debt bubble in all of human history, and there is no easy way out.  On Monday, some thoughts that Kim Dotcom shared on Twitter went viral all over the Internet…

Let’s do the math:

Minus all US assets
$193 trillion

That’s $66 trillion of debt and liabilities after every asset in the US has been sold off.

I might quibble with the precise numbers that he used a little bit, but overall Kim Dotcom is right on target.

So even if the US could sell all assets at the current value, which is impossible, it would still be broke.

You probably wonder why are things still going? Why didn’t everything collapse yet.

It’s all perception, denial and dependency.

Our leaders have tried to keep the party going for as long as they possibly could, and for a while that actually worked.

But now a day of reckoning has arrived, and a horrifying economic meltdown has begun.

We aren’t talking about a “recession” that will be here for a while followed by a return to the way that things used to be.

No, what we are heading for is the sort of immense economic nightmare that I have been warning about for years.

Many Americans will be greatly surprised by how rapidly things totally fall apart, but the real surprise has been that it has taken us so long to get to this point.

You can’t defy the laws of economics forever, and we are about to see the greatest debt pyramid that the planet has ever seen come crashing down all around us.