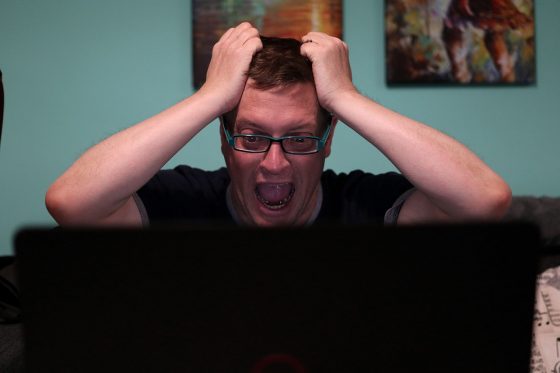 If you are less than 40 years old, you have never seen inflation like this in the United States.  Despite all the warnings, our politicians in Washington just kept borrowing and spending trillions upon trillions of dollars that we did not have.  And despite all the warnings, the Federal Reserve just kept pumping trillions of fresh dollars into the financial system.  Now we have a giant mess on our hands, and anyone that believes that this is going to be easily fixed is simply being delusional.

Of course most Americans weren’t going to start paying attention to all of this until it started to affect them personally.

Now it is affecting all of us personally, and there are millions of people out there that are becoming increasingly frustrated about the current state of affairs.

Unfortunately, this crisis appears to be just in the early stages.  The following are 5 numbers that indicate that the inflation crisis in the United States continues to get even worse…

#1 The producer price index has risen at a rate of 9.7 percent over the previous 12 months.  According to CNBC, that is close to a brand new record…

The producer price index, which measures final demand goods and services, increased 1% for the month, against the Dow Jones estimate for 0.5%. Over the past 12 months the gauge rose an unadjusted 9.7%, close to a record in data going back to 2010.

A shortage of parts and labor has sent the prices of truck trailers through the roof.

Truck trailer prices jumped 3.1 percent in January, data from the Department of Labor showed Tuesday. That followed a 3.8 percent increase in December. Compared with 12-months ago, trailer prices are up 29.6 percent, by far the biggest one-year jump in records going back to 1980.

#3 The U.S. Bureau of Labor Statistics is telling us that the price of used vehicles rose by an astounding 40.5 percent from January 2021 to January 2022…

#4 You may have noticed that you are paying a lot more at the pump these days.  If you can believe it, the price of gasoline has actually shot up 40.8 percent since Joe Biden first entered the White House…

Between January 2021 and January 2022–President Joe Biden’s first year in office–the price of unleaded gasoline increased 40.8 percent, according to the Bureau of Labor Statistics.

#5 The price of lumber has really been surging once again.  According to the National Association of Home Builders, this most recent surge has “added more than $18,600 to the price of a newly built home”…

That is adding to the cost of both building a new home and remodeling an older one. The National Association of Home Builders estimated the recent price jump added more than $18,600 to the price of a newly built home. It also added nearly $7,300 to the cost of the average new multifamily home, which translates into households paying $67 a month more to rent a new apartment.

I sure wouldn’t want to be trying to build a new home in this environment.

The hot inflation readings led financial markets to price in a better-than-even chance of a 50 basis points interest rate hike from the Federal Reserve next month.

Inflation is running well above the U.S. central bank’s 2 percent target. Economists are expecting as many as seven rate hikes this year.

Just recently, a reader sent me an email which pointed out that we shouldn’t have a system where an unelected group of bureaucrats gets together and determines what our interest rates are going to be.

And he is exactly right.

In a free market system, interest rates would be determined by the free market.

But we don’t have a free market system anymore.

In fact, we haven’t had one for a long time.

Of course when it comes to the economy, the guy in the White House is going to get more of the credit or more of the blame for what is going on than anyone else.

The president’s approval rating nationally sits around 40 percent, according to several tracking averages, but a new CIVIQS poll showed it sitting at 34 percent from the 165,786 respondents surveyed.

That is a shockingly bad number, and what should alarm Democrats even more is how bad Biden’s numbers are in the most important swing states…

Swing states of Georgia, Arizona, Pennsylvania, Michigan and Wisconsin all voted narrowly blue in the 2020 election, but the new poll shows their approval of Biden sits in the low 30 percentages.

Unfortunately, Biden isn’t going to resign no matter how low his numbers go.

That means that we are going to have at least three more years of either Joe Biden or Kamala Harris running the country.

So we shouldn’t expect any dramatic policy shifts from Washington.

And the “geniuses” at the Fed are undoubtedly going to find even more ways to really mess things up.  They are the ones that are more responsible than anyone else for getting us into this mess, and now many Americans are desperately hoping that they can get us out of it.

If you are waiting for them to fix the economy, you are going to be waiting a really, really long time.

I have been warning for years that the decisions that were being made would have severe consequences, and now those consequences have started to arrive.

We are on a road to national ruin, and those that are running things are even more blind than those that they are supposed to be leading.