A $2.26 Trillion American Foreign Policy Blunder and a Big Problem for China 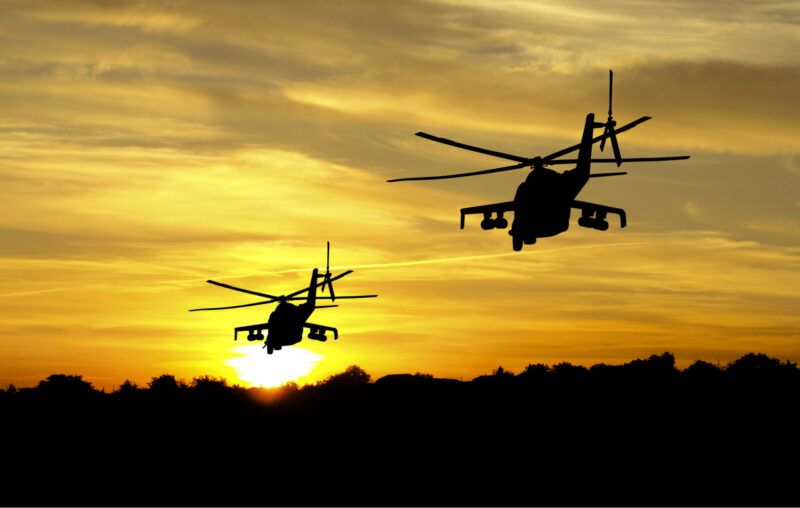 The optics of America’s withdrawal from Afghanistan are terrible. The images of a triumphant Taliban driving into Kabul and people desperately trying to get out of the country are a testament to the failure of a twenty-year commitment of American and NATO forces to stabilize Afghanistan. The efforts of the Western alliance to bring Afghanistan into a globalized community failed. This unfortunate outcome should surprise no one, and the trillions of dollars and thousands of lives lost in this conflict could have been avoided by sticking to a more realistic assessment of our goals, our capabilities, and the context of our actions.

When 9/11 came around, Osama bin Laden had taken refuge in Afghanistan. It would be expected that the Americans had learned their lesson about intervention in other countries and the difficulties of long-term involvement in the internal affairs of states. When we mobilized 60,000 boots on the ground, it was a reasonable response to the intransigence of the Taliban and their role in offering al-Qaeda a space for conducting operations against American interests. A well-crafted intervention would have focused on killing as many al-Qaeda operatives as possible, disrupting infrastructure, and punishing the Taliban regime for not supporting the United States in its lawful efforts to punish international criminals. We would spend no more time than one to two years to execute this justifiable mission. This mission would inevitably introduce chaos into Afghanistan, but it was practically impossible for the United States to bring order to that internally fragmented, externally contested, and geographically challenging space.

Our tremendous capabilities permitted us to project power into the region, but Afghanistan had a virtually unlimited capacity to absorb our resources. Clearly limiting what we were willing to put into Afghanistan and defining an exit strategy would save us from a significant fiscal drain while sending a message that America would punish those attacking our national interests.

As of now, the Cost of War Project at Brown University estimates the war in Afghanistan has cost us around $2.26 trillion, roughly eight percent of our current debt. The Vietnam War, though more costly in lives lost, is estimated to have cost us around $1 trillion. Both interventions are viewed as a waste of American resources and lives, given that our interventions seem to have produced on the ground outcomes from the perspective of American national security similar to what would have happened if we decided to stay home and did nothing.

As we leave Afghanistan, it may be helpful to reflect on the United States’ geopolitical environment when it extracted itself from a similarly unsuccessful war – the Vietnam War. The Americans started the war in hopes of stopping Vietnam from becoming a communist state. The war drained American hard and soft power. Henry Kissinger and President Nixon believed that ending the war would open possibilities of cooperating with China and improving the bargaining position of the United States in its negotiations with its Soviet rival. By disentangling itself from Vietnam, America improved its geopolitical position. Vietnam became a communist state and soon found itself in a war with its former ally, the People’s Republic of China. Many looked at our strategic withdrawal as an utter failure. Nevertheless, leaving that conflict increased the power of the American state in the long run by affording the country greater diplomatic flexibility. Leaving Afghanistan is likely to offer us greater diplomatic flexibility and eliminate the burden of being tied up in the costly political environment of central Asia.

America is in strategic competition with China for global influence. When the United States involved itself in Afghanistan, it reduced Chinese security concerns by filling a vacuum with American treasure and troops. In some ways, America’s involvement in the region could be viewed as a subsidy to China’s Belt and Road Initiative to build trading routes with direct access to the Indian Ocean through Pakistan – reducing the country’s dependence on sea lanes going through the Malacca Straits and the vulnerability of China to American naval power and alliances. If Central Asia, Pakistan, and Iran are adversely affected by the rise of Taliban power and ideology, China’s attempts to expand its influence will experience higher costs. America’s “loss” of Afghanistan may be a boon for American geopolitical interests.

The Chinese are aware of this risk and are engaged in vigorous diplomacy with the Taliban. Instability in Afghanistan has made even Chinese business people hesitant to take the chances of becoming too deeply involved in Afghanistan despite the presence of over $1 trillion of mineral wealth. The biggest problem facing the Chinese is that their government is a government of unbelievers, and the Taliban, for all their drug dealing, sex trafficking, etc., believe in the true faith. China’s actions to reeducate Uyghurs living within its borders could inspire attacks on billions of dollars of Chinese infrastructure projects in central and South Asia. China’s problem with Islam could easily make Afghanistan a massive headache for the People’s Republic.

The climate of opinion in Central and South Asia creates difficulties for rational actors pursuing the national interests of secular states. Tales of the Antichrist rising in Israel, the Mahdi coming to gather the Muslims together against this threat, and Jesus returning to lead this army of the believers to a final victory fill the streets and bazaars – sometimes with negative consequences for public health when the vaccines against the Covid-19 are identified as technologies of the Antichrist by local mullahs. Blaspheming against the Islamic faith – rejecting the revealed truth of the Koran or what popular opinion believes that truth to be – may end in death through the hands of an angry mob.

Fortunately, tribal factionalism, state interests, the limited capabilities of those committed to an apocalyptic view of history, and the desire of the average human being to survive and make their life reasonably comfortable limit the realization of the grand and destructive ambitions at the heart of these apocalyptic visions.

Mobilizing apocalyptic ambitions has played a role in Pakistan’s national security strategy. Pakistan has used the Taliban as a tool in its struggle with India over Kashmir. In response, the Indians have cultivated support among a wide range of factions within Afghanistan. The efforts of Pakistan to use the Taliban have resulted in the Taliban having a potentially destabilizing influence inside the Pakistani polity. The Kashmiri issue is likely to be a long-lasting problem that will consume significant resources from both India and Pakistan and keep both actors involved in the internal affairs of Afghanistan. This issue will keep Islamic theology at the center of the politics of Pakistan, Afghanistan, and India and keep ethnic division at the center of the Afghani political stage. The fact that Pakistan and India are nuclear-armed states makes this rivalry a high-stakes game.

Stability in Afghanistan and protecting minority rights is a vital strategic interest for the Islamic Republic of Iran. The Iranian strategy has moved from undermining the American coalition forces operating in Iran to trying to contain the Taliban. With the Americans leaving, it now becomes Iran’s challenge to support the emergence of a peaceful Afghanistan where the rights of Shia believers are protected, and the flow of opium into Iran is reduced. The Iranians have begun reaching out to the Taliban. With Americans leaving, sectarian issues and concerns about drug trafficking will become more central to Iran’s relationship with Afghanistan. If this happens, it is likely to strengthen the forces of political fragmentation within Afghanistan.

Tajikistan, Turkmenistan, and Uzbekistan have interests in securing their borders and preventing the conflicts of Afghanistan from overflowing into their states. Each of these countries has ethnic compatriots living across the border in Afghanistan. The Northern part of the country has traditionally been a stronghold against the Taliban and the Pashtun tribes that have been the biggest supporters of the Taliban movement. Even now, resistance to the Taliban regime is being set up in the Panjshir Valley. Negotiating with the Taliban to control potential terrorists and navigating the complex politics of dealing with a divided Afghanistan will create substantial tensions between the central Asian republics and a Taliban regime in Afghanistan.

The dynamics of Afghanistan make it very difficult to come up with a stable political order. Success in negotiating with its neighbors requires the Taliban to abandon an ideology of Islamic solidarity to get along with unbelievers and heretics. Dealing with concerns about their export of opium requires them to give up one of the country’s most lucrative businesses. Suppose they can overcome ideological obstacles and practical problems and are willing to suppress all groups identified as terrorist actors by their neighbors. In that case, the Taliban may become integrated into the Chinese Belt and Road Initiative – leading to the development of a lucrative mining sector in the economy and tying Afghanistan into Chinese supply chains.

Are people who have lived a life as smugglers and warriors ready to become miners in an industrial market society? A rapid change in beliefs and attitudes about life is not what I would expect from middle-aged, grizzled soldiers, so integrating Afghanistan into China’s BRI is a highly improbable event. Far more likely, the jihadis of forty years of war will create problems for China’s geopolitical ambitions.

The complex political environment of Afghanistan was present twenty years ago as clearly as it exists today. A long-term commitment to Afghanistan was a blunder for American foreign policy. The Americans bore a good amount of the costs of managing the political problems of Afghanistan and the region with minute progress toward integrating Afghanistan into global society committed to liberal values. The irony is that the United States did not have to get entangled in the complexity of Afghanistan’s politics and pay these costs. An in-and-out strategy was viable and would have served as a symbol of American political might and provided a cost-effective response to our enemies. In contrast, Afghanistan’s neighbors have a very challenging set of problems that need to be managed, as do the diverse peoples and interests of Afghanistan. They cannot retreat to a great island protected by two oceans.

This article, A $2.26 Trillion American Foreign Policy Blunder and a Big Problem for China, was originally published by the American Institute for Economic Research and appears here with permission. Please support their efforts.