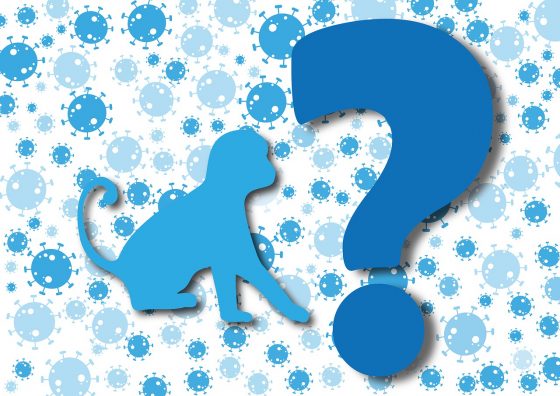 I would highly recommend that you take this new global monkeypox outbreak very seriously.  On May 6th, there was one case.  Now it has spread to 78 countries and there are 14,945 cases.  In nation after nation we have seen monkeypox cases take off at an exponential rate, and that includes the United States.  Monkeypox cases have now been confirmed in 45 U.S. states, and the total number of U.S. cases has jumped to 2,102.  Any chance of containing this disease is gone, and that is really bad news.

Many have pointed out to me that this virus has been spreading primarily among those that are engaged in certain types of risky sexual activity, but that is not the only way that it spreads.

A bartender in Dallas named Luke Shannahan recently got monkeypox, and he is not quite sure how he contracted it…

He’s not sure exactly how he got it, but Luke was contacted by the Dallas Health Department who told him he may have been exposed to monkeypox.

“I was at bars. I was going to pool parties. I did attend a music event over the weekend and recently all of those people have been becoming positive,” Luke said. “Apparently it was a contact tracing phone call.”

It is entirely possible that he was engaged in sexual activity that he is not admitting.

But if it is true that a lot of people that were at the same music event ended up contracting monkeypox, that would suggest that it is spreading fairly easily even in casual settings.

After the call from the Dallas Health Department, he was given a monkeypox vaccine, but that didn’t prevent what came next…

Shannahan was administered a monkeypox vaccine after he was diagnosed, but still became bedridden for two days and felt so ill he feared for his life.

I keep making the same point, but most people out there still don’t seem to get it.

This is not the same monkeypox that we have dealt with before.

But in the new study, when microbial genomics researcher João Paulo Gomes of Portugal’s National Institute of Health Dr. Ricardo Jorge (INSA) and his colleagues compared 15 virus samples from the current outbreak with viruses isolated from people who traveled to West Africa in 2018 and 2019, they found that the present-day virus had mutated about 50 times in just four years.

So the truth is that we may be starting from square one because this virus is radically different from anything that we have previously faced.

And as I have warned in previous articles, this is a virus that you definitely do not want to catch.

According to Shannahan, any time that one of the sores on his skin touched something, it felt like “someone is taking a potato peeler to your skin”…

Revealing his illness, Shannahan told KHOU 11: ‘It’s just the most traumatic experience I’ve ever had. It’s the worst sick I’ve ever been.

‘You have these blisters that are inflamed and anytime it grazes something or touches something, it literally feels like someone is taking a potato peeler to your skin.’

It turns out that Shannahan has also had COVID, but he says that monkeypox is “100 times worse”…

‘The pain and tenderness was constant,’ he said.

Asked whether it was like Covid, he said: ‘Oh, 100 times worse. this was a totally different level of extreme fatigue.’

If the number of cases continues to rise at an exponential rate, it won’t be too long before monkeypox is literally everywhere.

So what will we do then?

If it can spread among people gathered at a music festival, then it can also spread at a church, at a store or at a school.

Will health authorities ultimately decide that extended lockdowns are necessary?

And will the general public start clamoring for such lockdowns?

Let’s hope not.  Personally, I don’t want to see lockdowns in the United States ever again for any reason.

But once people start to understand the sort of pain this virus causes, there will be a lot of panic among the general public.  Shannahan says that during his worst days it was as if “someone took a ball of needles and kept on stabbing you with it”…

“The pain and tenderness was constant,” Shannahan said. “It’s like if someone took a ball of needles and kept on stabbing you with it.”

Of course Shannahan is not the only victim that is speaking out.

Although he was covered with lesions, it took four hours of phone calls, and then five hours in a Harlem emergency room, for Gabriel Morales to be tested for the monkeypox virus earlier this month. And that was just the beginning of his wait.

Mr. Morales was sent home and told the Department of Health would call with his results in less than a week. The call never came.

He spent the next eight days alone in his apartment in what he described as excruciating pain, trying to find someone to prescribe him pain medication and a hard-to-access antiviral drug.

If this virus is not contained, we could soon have millions upon millions of victims suffering through the most intense pain that they have ever experienced in their entire lives.

And just about everyone else could be in a state of full-blown panic because they are so fearful of catching the virus themselves.

There is a very real possibility that this plague could cause even more panic than COVID, and so it is absolutely imperative that authorities get this thing under control.

Unfortunately, many experts are now entirely convinced that it will be impossible to do so…

It has been a mere nine weeks since the United Kingdom announced it had detected four cases of monkeypox, a virus endemic only in West and Central Africa. In that time, the number of cases has mushroomed to nearly 13,000 in over 60 countries throughout Europe, North and South America, the Middle East, new parts of Africa, South Asia, and Australia.

The growth in cases and the geographic spread has been rapid and relentless.

Now, even as global health officials race to curb spread of the virus, most experts polled by STAT said they don’t believe it will be possible to contain it.

For the record, I specifically warned that something just like this would happen.

Now that day has arrived.

But I have been closely watching the numbers each week and so far that has not happened.

In fact, I believe that the WHO will soon officially declare that we have another global pandemic on our hands.

An era of great pestilences is here, and none of our lives will ever be the same again.