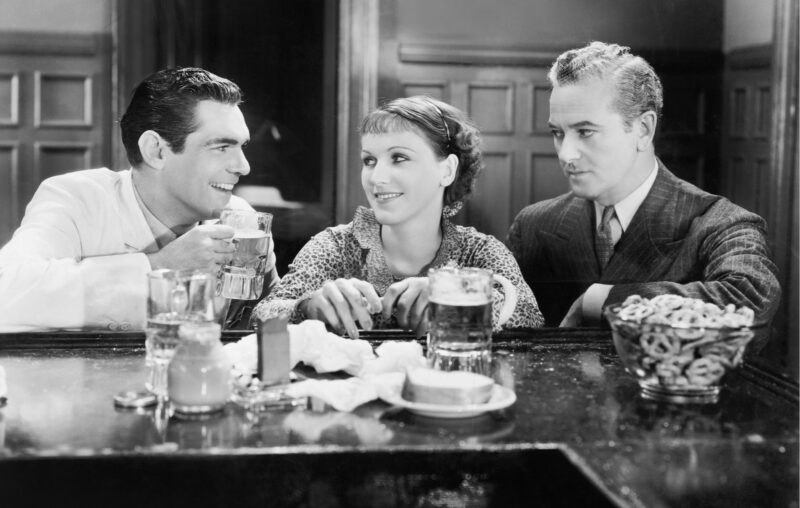 There is an old expression—to drive someone to drink—which means to annoy them to distraction. My favorite version of it is George Thorogood and the Destroyers’, “Son, you’re gonna drive me to drinkin’ if you don’t stop drivin’ that Hot Rod Lincoln” (which, now that I have thought of it, I can’t seem to get out of my head). That expression birthed multiple books entitled A Drinking Man’s Guide to topics from Scotland to Cambridge, women to marriage.

As far as Google tells me, however, there has never been such a guide to monetary policy. Given that recent monetary policy issues have been vexing enough to qualify—from a long period of near-zero interest rates (often negative in real terms), flaps over “transitory” inflation that wasn’t so transitory but seems to have been a massive surprise to monetary authorities, to only semi-scrutable Federal Reserve plans, modifications and messaging—perhaps it is worth considering a few connections that might appear in a drinking man’s guide to monetary policy.

Just like drinking, expansionary monetary policy can provide a temporary (or transitory) high at first (faster real output growth and reduced unemployment). However, the ill effects come later (in an inflation “hangover”).

If you continue expansionary monetary policy long enough, you can do serious, lasting damage to yourself (cirrhosis of the economy). Just as imbibers build up a tolerance for alcohol, people build up a tolerance for expansionary monetary policy via adapting expectations, requiring ever increasing amounts of monetary expansion to keep people fooled enough to stay “high” for a bit longer, with compounding damage and greater difficulty in undoing those consequences later.

Once a tolerance to drink or expansionary monetary policy is established, withdrawal symptoms worse than any hangover can result if you stop (as in a stagflation scenario that haunts the dreams of all those making fearful references to the 1970s), especially if it is unexpected. Further, that hangover is likely to persist awhile (to decelerate inflation) before you feel better again and can get back to a “normal” life.

Such withdrawal symptoms also mean efforts to stop either expansionary monetary policy or drinking are often short-lived, as the adverse effects tend to come first, while the positive effects come later. That may tempt decision-makers to yield to short-run pressures to feel better now (drink again, possibly excused as taking a “hair of the dog” cure) or by returning to inflationary policies, despite the adverse long-run consequences.

As with some alcoholics who don’t deliver on their promises to quit, if monetary authorities fail to fulfill promises to restrain inflation (i.e., they continue to deliver excessive monetary growth or restart it, after slowing monetary growth for a while, when political pressures on them build), observers learn not to believe such promises, or even come to see them as harbingers of the opposite (we become very hard to convince that monetary restraint will persist long enough to do much good about inflation before a reflation scenario occurs). Ask Paul Volcker how costly it is to slow inflation once such expectations have been deeply ingrained into the American psyche.

Some alcoholism counselors have suggested that drinking is hard to quit despite its known adverse effects because the hangovers come enough later that your subconscious doesn’t connect cause and effect. Consequently, when the decision to drink or not is made, the subconscious takes over and often results in the decision to drink. Similarly, expansionary monetary policy may be hard to quit because the long and variable lags between policy changes and their impacts, not to mention all the other variables that can also alter what happens, make it hard to definitively connect a specific policy decision to a particular result, especially when so many discussants in the conversation are political partisans fighting tooth and nail to deny any responsibility on their part.

Just as it may be hard for a drunken sailor to precisely determine where he is going (or for an observer to accurately predict where he is going) because of indecisiveness or imperfect control over his movements, it may be hard for the Fed to precisely determine (or Fed-watchers to accurately guess) the future path of monetary policy. That can be because of disagreements or indecisiveness, made worse by the Fed’s dual mandate for real output growth and low unemployment, when there are often unavoidable tradeoffs between them in the short run. Unless we know what the Fed is aiming at today and will be aiming at in the future, we will be hard-pressed to predict its policy intentions and actions.

Just as alcoholics hope their affliction will not need to be dealt with, which can make them suckers for promises of a painless “cure,” policy makers and their supporters can assert that there is no problem that needs solving, or that they can deliver an almost painless “cure” for inflation (a promised “soft or softish landing”) if people just elect, appoint or follow the right person or prescription (a promised change that will magically rejigger the necessary tradeoffs).

Because there is a lag before all the effects of alcohol intake register, it adds to the difficulty of a drinker’s knowing when to stop. Similarly, the lag before the effects of monetary policy are fully felt always seems to provide some policy makers and commentators sufficient ammunition to assert that now is never the time to stop.

There may well be more analogies between drinking and monetary policy worth noting, but my relative lack of drinking experience keeps me from recognizing them. The ones we have seen, however, provide us with plenty of reasons for monetary caution, and for suspicion of “experts” whose analyses are highly inexpert and whose “cures” aren’t. Unfortunately, such knowledge that current monetary policy may be far from ideal might drive many of us to drink when we wouldn’t otherwise.

This article, A Drinking Man’s Guide to Monetary Policy, was originally published by the American Institute for Economic Research and appears here with permission. Please support their efforts.