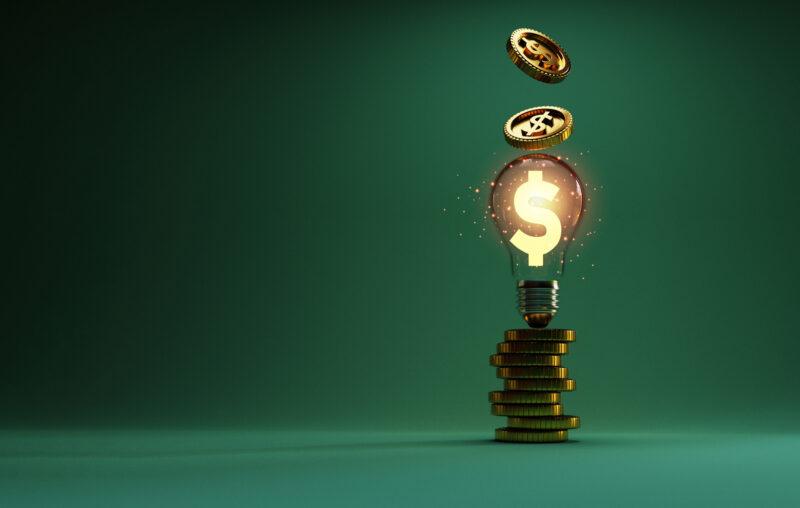 Suppose that a Thomas Edison of our era invents a substance that causes each of us to overlook all but the most serious of other people’s defects. This substance – let’s call it “X” – when used by an ugly person cloaks that person’s unattractive appearance. X causes people to ignore its users’ below-average height, above-average weight, below-average intelligence, and above-average laziness. X blinds others to most of the weaknesses of the old no less than it blinds them to the inexperience and unreliability of the young.

We would loudly applaud this invention, for it would ensure more-humane treatment of many of our fellow human beings. And so if someone demanded that this marvelous substance be banned, or at least that government severely restrict its use, we’d all be rightfully horrified.

Well, in fact such a substance already exists. It’s called money. Money works just as does X when there are no government-imposed restrictions on the adjustments of monetary prices and wages.

For example, most of the plywood inventory in Bob’s Lumber Store was damaged by a hurricane. Some of the damage was severe while other of the damage was relatively minor. Most of the damaged pieces will not sell at prices as high as they would have sold before being damaged. But they don’t go unsold. Bob is able, by charging sufficiently low prices, to make even severely damaged sheets of plywood attractive to buyers. And the more severe the damage, the lower the price. By lowering the prices charged for severely damaged sheets enough to make buyers indifferent to the damage, Bob is able to sell, to willing buyers, all of his plywood despite the fact that most of it was in poor condition.

Bob also has on hand, in the immediate aftermath of the devastating hurricane, ten sheets of undamaged plywood. But the number of such sheets that people want to buy from him at the price that prevailed before the hurricane is fifty. If government prohibits Bob from raising the price he charges for plywood, it thereby awards to Bob the gift of exercising free of charge his biases and partialities. Bob knows that his best friend from high school would like three sheets of undamaged plywood to repair a broken doghouse, that his sister needs five such sheets to rebuild a destroyed gazebo, and that the town’s mayor is in search of two undamaged sheets. He sells his ten sheets – each at the legally prescribed maximum price – to his friend, his sister, and the mayor.

Among the ill-fated persons who desperately sought but did not get undamaged plywood is the father of a young family across town. The hurricane blew a hole in the roof over his children’s bedroom. To cover this hole, the father would have willingly paid for each of three sheets of undamaged plywood a price four times as high as the maximum money price allowed by government – that is, four times as high as the money price actually paid for plywood by Bob’s friend, sister, and the mayor. Were he not prohibited by government from doing so, this father would have used money to cloak the fact that he – unlike Bob’s friend, sister, and the mayor – enjoys no special relationship to Bob. And Bob, for his part, would have willingly sold three sheets of plywood to the father at those higher prices.

Put differently, the higher prices, were the father legally allowed to pay them, would have effectively enabled the father to purchase a special relationship to Bob. Unfortunately for the father and his family, though, the government prevented the father from using the marvelous cloaking substance called “money” as a means of turning him, in Bob’s eyes, into a desirable acquirer of plywood.

Money’s single most important cloaking role, however, is played in labor markets.

Suppose that shopkeeper Betsy is searching for someone to manage her store on weekends. Two people – Jones and Smith – apply for the position. Jones and Smith are very similar to each other, except that Jones has more experience at managing retail stores than does Smith. If Betsy must offer the same money wage to both applicants, Smith has no shot at getting the job. But if Smith is able to offer to work at a lower money wage than Jones asks – and if Betsy is allowed to pay that lower wage – Smith’s disadvantage is cloaked. Betsy no longer sees Smith as an inferior candidate to Jones. Smith’s prospects of landing the job become very similar to Jones’s prospects.

Now consider minimum-wage legislation. It turns off money’s cloaking role for those workers most in need of this marvelous property. Because no employer will knowingly employ a worker at an hourly wage higher than is the value per hour that the worker produces for the employer, no employer will employ a worker who, for whatever reason, will not produce hourly value at least as high as the minimum wage.

In the absence of a minimum wage, workers whose skills are so low that they cannot produce hourly value as high as, say, $10.00 per hour would cloak their low skills by offering to work at wages low enough to make them profitable to employ. Given that no employer will knowingly fail to employ any worker willing to work at a wage that’s not in excess of the hourly value produced by that worker, workers with very low skills – when they have unimpeded access to money’s cloaking property – will have no trouble finding employment. But because the minimum wage prevents such cloaking, many low-skilled workers remain unemployed and unemployable.

This article, A Marvelous, Humanitarian Substance, was originally published by the American Institute for Economic Research and appears here with permission. Please support their efforts.