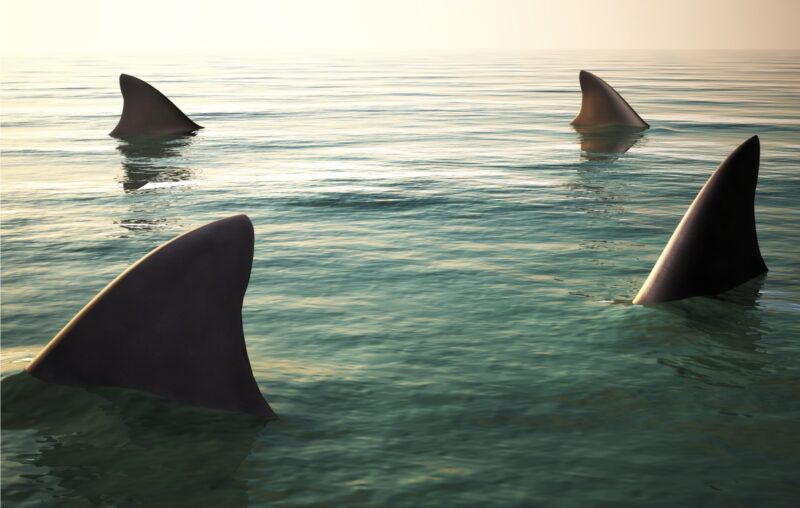 It’s fun to see memes suggesting that Elon Musk should buy Alphabet, Amazon, Coca Cola, Disney, Meta, Netflix, YouTube, and so forth, but of course he cannot afford all that. But we can. By we, I mean value investors. Musk’s purchase of Twitter has validated my critiques (see here, here, here, and here) of ESG-based investment (environment, social, governance), which despite its weak financial record currently constitutes about $2.7 trillion globally. And it has demonstrated the potential power of anti-ESG funds, which I have called Friedman Funds, after Milton.

An anti-ESG Friedman Fund would, firstly, short companies overvalued due to capricious or government-dictated ESG metrics and buy companies undervalued due to said metrics, and, secondly, buy controlling interests in potentially valuable companies that are going broke, or at least earning less than they could, because they went woke, as Musk and his investors recently did.

The goal of the fund would be to earn above average risk-adjusted returns, period.

The effect of the fund would be to increase financial market efficiency and economic productivity by punishing deviations from rational valuations and rational business decision-making processes.

The first approach is widely called value investing. Although understood in general terms by investors since at least the 18th century, Benjamin Graham popularized and quantified the approach in the first half of the 20th century. The gist is to buy stocks when their market price falls below their rational value and to sell or short them when their market price exceeds their rational value. Value investors tend to buy and hold, ignoring daily price gyrations so long as the market price remains near rational value, the price toward which the stock will gravitate in anything approaching an efficient market.

A stock’s price might deviate somewhat from its rational value because investors like or hate the company because of what it makes, or how it makes it, or who runs it, or something its executives say or do. In other words, the shares of presumably “good” companies can gain from a “halo effect,” while shares of allegedly “bad” companies sometimes languish due to a “devil’s horn effect.” Some investors overestimate the importance of those various soft factors on other investors, causing them to value the stock higher (halo) or lower (horn) than the rational investor does.

ESG funds and ESG ratings – given regulatory teeth by the Securities and Exchange Commission directly, or indirectly through bond rating agencies – could produce significant halo/horn effects that value investors could exploit for their own gain while reducing financial system fragility in the process. Because ESG represents politicized and largely subjective concepts, ESG ratings can diverge significantly from reality. Unless checked by value investors, they could easily lead to bubbles (too much investment in certain assets, like dotcoms or mortgage-backed securities) or anti-bubbles (too little investment in certain assets, like fossil fuels).

ESG bubbles could be particularly costly because the overinvestment might go into companies that actually hurt the environment or the downtrodden. As scholars like Ozzie Zehner, author of Green Illusions, have been arguing, and as Michael Moore tried to explain to fellow progressives in his 2019 documentary Planet of the Humans, very few “green” technologies provide net environmental benefits because they are inefficient, rely on tax subsidies, need rare earth metals to work, have major environmental side effects, and so forth. Similarly, as recently pointed out by Harvard Business Review, ESG ratings are not correlated with better environmental or labor regulatory compliance!

Moreover, many social justice initiatives at major corporations, like many government programs, aid Democrat politicians but do little or nothing to help American Indians, blacks, Hispanics, women, or the poor. Once exposed, ESG darlings could become dogs overnight, hurting investors and potentially sparking a financial crisis.

The second approach that a Friedman Fund could take is typically frowned upon. According to the so-called Wall Street Rule, investors who do not like management decisions should sell instead of raising a stink. It’s a good rule of thumb because corporate management is usually well-entrenched. Most stockholder proposals fail because managers dominate corporate elections due to their control of the proxy mechanism and employee-owned shares.

Until then, Friedman Funds have to be willing to purchase underachieving companies like Twitter through stock market purchase of controlling stakes, tender offers, or proxy votes. Yes, such tactics are often derided as “corporate raiding” but the poor state of corporate governance can render such raids economically necessary. In the 1980s and 1990s, the takeover of poorly performing corporations by funds led by corporate raiders like Carl Ichan and leveraged buyout firms like Kohlberg, Kravis, Roberts reinvigorated the US economy by forcing rational changes at stagnating or inefficient companies.

It was no accident that the classic film on corporate takeovers, Other People’s Money, hit theaters in 1991. Its famous climax pitted Lawrence “Larry the Liquidator” Garfield (played by Danny DeVito) of Garfield Investments against Andrew Jorgenson (played by Gregory Peck), head of the failing New England Wire and Cable Company, the biggest employer in a small Rhode Island town. At the company’s annual stockholder meeting, Jorgenson argued, like every other adherent of the “stakeholder” theory of the corporation, that “a business is worth more than the price of its stock. It’s the place where we earn our living, where we meet our friends, dream our dreams.”

After being derided by Jorgenson as a greedy, big city corporate raider who “builds nothing” and is basically committing “murder,” Garfield retorted:

This company is dead. I didn’t kill it. Don’t blame me. It was dead when I got here. It’s too late for prayers. For even if the prayers were answered, and a miracle occurred, and the yen did this, and the dollar did that, and the infrastructure did the other thing, we would still be dead. You know why? Fiber optics. New technologies. Obsolescence. We’re dead alright. We’re just not broke. And you know the surest way to go broke? Keep getting an increasing share of a shrinking market. Down the tubes. Slow but sure.

You know, at one time there must’ve been dozens of companies makin’ buggy whips. And I’ll bet the last company around was the one that made the best goddamn buggy whip you ever saw. Now how would you have liked to have been a stockholder in that company? You invested in a business and this business is dead. Let’s have the intelligence, let’s have the decency to sign the death certificate, collect the insurance, and invest in something with a future. …

Me. I’m not your best friend. I’m your only friend. I don’t make anything? I’m makin’ you money. And lest we forget, that’s the only reason any of you became stockholders in the first place. You wanna make money! You don’t care if they manufacture wire and cable, fried chicken, or grow tangerines! You wanna make money! I’m the only friend you’ve got. I’m makin’ you money.

Take the money. Invest it somewhere else. Maybe, maybe you’ll get lucky and it’ll be used productively. And if it is, you’ll create new jobs and provide a service for the economy and, God forbid, even make a few bucks for yourselves. And if anybody asks, tell ’em ya gave at the plant.

Granted, Musk’s play on Twitter is somewhat different. Unlike buggy whips, microblogging isn’t a doomed industry yet. But clearly Twitter, despite its sizable first mover advantage, was losing market share to direct competitors like Parler, as well as newer “social media” concepts like Clubhouse and Mastodon, because it was alienating many customers with its over-the-top censorship of demonstrably true “misinformation” and opaque account shutdowns and throttling. That is what Musk meant when he told Twitter’s board that he could unlock the platform’s value in his offer letter. And it turns out that Twitter was overstating the number of its users by over a million, too!

Many other companies also appear to underperform their potential in the name of progressive politics. When executives and board members earn big salaries but own little stock, they have strong incentives to downplay the importance of share prices while catering to tiny but vociferous and even vicious progressive cabals. If incentives cannot be better aligned between management and stockholders from within, then somebody from the outside, like Larry the Liquidator, Musk the Magician, or Friedman Funds, must step in so that the economy doesn’t suffer the large costs associated with underutilized assets.

Thanks to occupational licensing rules (e.g., Series 65), sundry regulations, and other startup costs, I cannot start a Friedman Fund myself. But I can, and would, invest in an ably led one, as would many others interested in making Adam Smith proud by reducing economic irrationality by profiting from it.

This article, A Musk Inspired Anti-ESG Takeover Wave?, was originally published by the American Institute for Economic Research and appears here with permission. Please support their efforts.