A Note on the New Russian “Gold Standard” 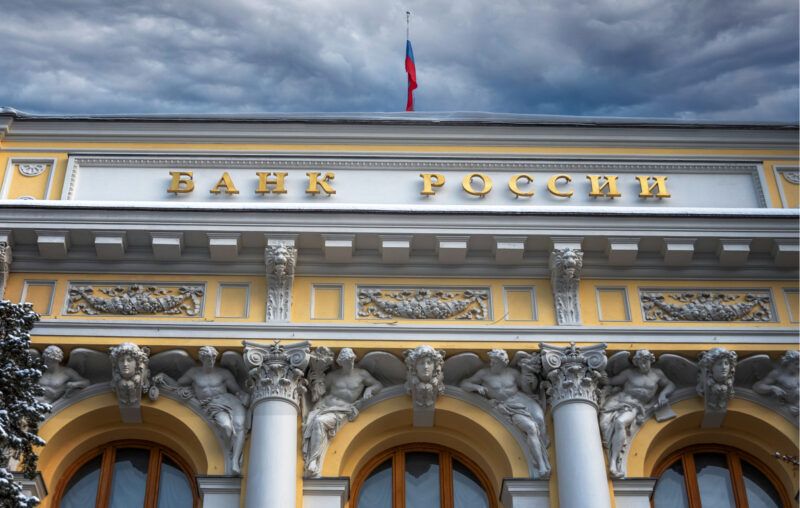 After ten days of offering to purchase gold for a fixed number of rubles, the Russian central bank has announced that going forward it will pay negotiated rates in future purchases of gold in rubles.

On Friday, March 25, 2022, the Bank of Russia announced that it would set a fixed price for gold purchases made with rubles beginning on Monday, March 28th through June 30th, 2022. (Also on March 28, the Russian government further announced that international commodity purchases may no longer be made in dollars or euros, but rather that everything from oil and natural gas to grains and industrial metals must be transacted in rubles.)

The Kremlin’s goals are obvious: They seek to force nations to transact in their currency which, owing to a comprehensive and growing array of Western sanctions, had been steeply devalued. They also, by demanding payment in rubles, are attempting to increase demand for their currency while spurning trade in the familiar medium of US dollars.

London markets have refused to accept Russian bullion for some weeks now. Nevertheless, the ruble has recovered from its lows of 138.93 to $1 on March 7, 2022 to between 78 and 82 to the US dollar over the last few days. The exchange rate now sits roughly where it was when the invasion of Ukraine began on February 24, 2022. Demand for the ruble to consummate energy and grain purchases, battlefield losses (most notably the Russian forces’ inability to seize Kyiv), and the growing improbability of NATO intervention are moderating rates of exchange for the ruble as well.

The Bank of Russia’s decision to hike interest rates to over 20 percent, stemming the flow of savings out of Russian banks, has additionally stabilized the financial system.

But neither today’s shift nor the original ‘5,000 ruble per gram’ purchase measure constitutes a gold standard despite the enthusiasm of certain media pundits. A bona fide gold standard would require the Russian central bank to both purchase and sell (which is to say, exchange) gold and rubles; and to do so according to a fixed weight or quantity of gold per unit currency.

In the previous arrangement, the effective gold purchase price was at times lower than the world (dollar) price of an ounce of gold, according to Shanghai Metals Market, China’s leading integrated internet platform provider of nonferrous and ferrous metals.

Two weeks ago, Russia’s central bank announced that it would stop buying official gold from local banks because of a surge in demand from ordinary consumers. Russia’s central bank said on Friday [March 25] that it would pay a fixed price of 5000 roubles ($52) per gram from March 28 to June 30, starting this week. This is lower than the current market value of about $68.

Most entities selling gold to the Russian central bank at those prices would only have done so if they were desperate for rubles or unwilling/unable to access above-board gold dealers offering the prevailing world gold price in dollars. Meanwhile Russian citizens have been far more interested in purchasing gold.

One imagines that the new, negotiated gold purchase rates will permit Russian authorities to set rates in line with the motivation of sellers, discounting for immediacy. Further, nations that are politically friendlier to the Kremlin will receive more favorable purchase terms. It additionally seems likely that among the gold sellers will be entities taking advantage of a rare opportunity for confidential liquidity provision, including elements of organized crime, terrorist groups, individuals with hidden assets and rogue states in particular. There are already indications that Russia is increasingly organizing certain commercial affairs in line with the operation of other pariah states.

Despite the clamor of incorrect headlines regarding Russia’s embrace of gold, it remains a positive step. Gold is tangentially being utilized to make an existing money more sound. It is most unfortunate that these measures are tied to an event as awful as the Russia-Ukraine War, but it may give other nations in less dire circumstances the motivation, and indeed the courage, to shore up their battered currencies.

This article, A Note on the New Russian “Gold Standard”, was originally published by the American Institute for Economic Research and appears here with permission. Please support their efforts.