A Path for University Reform 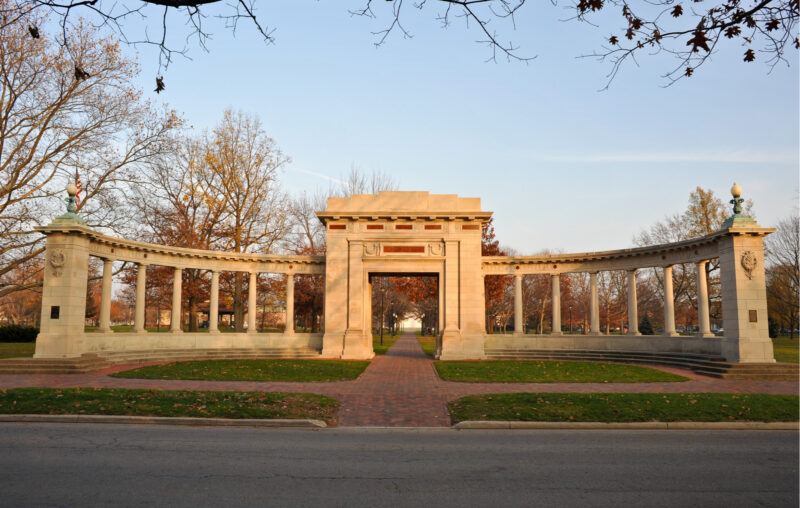 Universities have played an essential role in modern liberal market democracies. First, they increase the human capital of students, raising the productivity of the entire society. Second, they incubate innovation, as science professors make new discoveries and engineering professors teach students how to apply these discoveries to novel technologies for improving human life.

Most importantly, however, universities model epistemic liberalism. Epistemic liberalism requires a willingness to challenge prior beliefs on the basis of evidence and other ideas, even when they are unfamiliar or even heterodox. Faculty and students at a university thus participate in a program of producing new knowledge by questioning received wisdom, all the while strengthening the tenets that stand up to their relentless queries.

Such epistemic liberalism fits university students to be leaders in a democracy, a form of government that necessarily makes its way by trial and error—one that in the long run depends on civic openness to ideas and evidence. It also makes them natural pluralists who tolerate the opposing views of others even as they debate them. Ultimately, the success of the university’s first two missions of discovery and productivity also depends on the third: science rests on an empirical mindset, and business too requires the flexibility of mind that epistemic liberalism encourages.

Universities are not performing well on this third mission today. On many social and political issues, the pall of campus orthodoxy discourages debate. Part of that orthodoxy comes from the monolithic political views of the faculty. Another part is now embedded in institutional practices. The homogeneous viewpoints on the faculty naturally result, at least in the arts and social sciences, in faculty searches that bring on people with ideologically compatible views. The administration of many, if not most universities, engages in its own programming and advertising, and much of that information is ideologically slanted. In particular, offices of “Diversity, Equity, and Inclusion” regularly sponsor speakers, almost entirely of orthodox left-wing views, on race and gender. And that programming now envelops almost all social issues, entrenching orthodoxy, because race and gender are now thought to affect everything.

Some governors and legislatures, particularly in Republican-led states, correctly sense a serious problem with the universities that their taxpayers fund. Unfortunately, their proposed solutions will do nothing to restore a culture of epistemic liberalism and are likely to be counterproductive. Florida, for instance, is considering getting rid of tenure. So is Texas, where the idea is to reevaluate professors annually, believing that this is the way to get rid of critical race theory because those who teach it can then be removed. There have been movements in other states to ban critical race theory.

Eliminating tenure is counterproductive. First, any serious university (and the University of Texas, for instance, is one of our top public universities) cannot be the first mover in eliminating tenure, because the most talented professors would go elsewhere. Unless Texas dramatically raised its salaries, the best will not tolerate a decrease in compensation, of which tenure is a part. Thus, eliminating tenure would harm a state university’s first and second missions, because great professors are needed to raise human capital and spur innovation.

Second, it is not the trustees or legislators who make decisions on the reevaluations of professors. They do not have the time, competence, or interest. Instead, the faculty and administrators will control the reevaluation of tenure just as they control its initial grant. It is quite costly and divisive to reevaluate people every five years. And in fact, periodic review may lead to more weak candidates being granted tenure in the first place, with the knowledge that we can evaluate and potentially remove them in five years if they do not pan out.

Third, eliminating tenure will be bad for the heterodox viewpoints conducive to epistemic liberalism. Because the faculty—who are predominantly left-liberal—will inevitably shape tenure reevaluation decisions, it is more likely that those on the right will face ideological risks. Currently, conservatives may be able to hide their views until they get tenure and then, in the words of Harvey Mansfield, “hoist the jolly roger.” But under this new regime, many conservatives might feel the need to stay in the closet until they have decided to retire.

Flat bans on critical race theory are also bad ideas. They are unlikely to work, because very similar ideas can go under different rubrics. Moreover, given that the university’s mission is defined by epistemic openness, legislatures should not ban a priori entire approaches to knowledge, even ones they think are wrong-headed. It also sets a terrible precedent for more political micromanagement of ideas by those who know little about them.

An Affirmative Program for Improving Universities

Legislatures, however, could do a lot to reform state universities. They should reduce the university bureaucracy in general and particularly the ever-burgeoning bureaucracy devoted to “diversity, equity, and inclusion.” They should also eliminate racial and ethnic preferences in universities and prevent subterfuges that introduce preferences with a fig leaf of faux neutrality. These alterations would go a long way to restoring the epistemic openness of universities by reducing the orthodoxy that academic administrators bring and the demand for that bureaucracy that preferences create. Critical race theory, to be sure, would not disappear, but it would lose its basis of institutional support.

The rise and rise of the academic bureaucracy is the single greatest institutional problem in universities today. Just as the rise of business managers—noticed over a half-century ago by James Burnham in The Managerial Revolution—has been essential to woke capital, so have university managers been essential in creating the woke campus. The university bureaucracy is more uniformly left leaning than the faculty, as shown in this study by Samuel Abrams. It is also less talented on average than the faculty. Many, if not most administrators could not get tenure-track jobs despite their ideological compatibility. Finally, it is more removed from the central mission of the university—teaching and research—because university bureaucrats do not engage in those activities. As a result, they are much less likely to preserve epistemic openness. To paraphrase William F. Buckley, I would rather be governed by the first 1000 professors in the university directory than the first 1000 bureaucrats.

This reduction should apply with particular force to the bureaucracies that run diversity, equity, and inclusion. These bureaucracies often have an ideological mission. Like bureaucrats everywhere, they want to expand their power and remit: bureaucrats spend a lot of time persuading others that we need more of them. DEI bureaucrats thus have an interest in viewing the world through the prism of systematic racism and sexism. As result, they bring in speakers who advance these views, giving an institutional boost to critical race theory. They are also often charged with investigating faculty who are accused of racism and sexism. But such investigators need to be epistemically open themselves, while the mission of DEI bureaucrats makes them more likely to favor the accusers.

States should also eliminate racial and ethnic preferences. In addition to the well-known arguments that these preferences are wrong because they discriminate invidiously, preferences also undermine the university’s mission. Those admitted under preferences generally do less well than those admitted without preference. That finding is completely unsurprising: scores and grades predict academic success. That is why universities rely on them in the admissions process.

Students who do less well than others are not surprisingly less happy. And when a group that can identify itself on the basis of some characteristics does less well, it creates a disgruntled constituency for the administrators. One response is to create programs in which mostly those students participate so that they can do better on the curve. Another is to build bureaucracies dedicated to the proposition that the relatively poor performance is due to exclusion and discrimination. The students themselves also demand professors who cater to these views, creating a constituency for critical race theory.

Eliminating preferences thus would tamp down on ideological orthodoxy and critical race theory without banning any viewpoint. But legislators should not then substitute admission programs that seem neutral on their face, but still permit the admission of students to universities with lower credentials. Programs, for instance, that admit the top ten percent from any school in the state sometimes have this result, since the student bodies in different public schools can perform dramatically differently on standardized tests. The movement by some university administrators to eliminate these tests as requirements for admission is also one that the legislators should halt. A university is more likely to remain epistemically open if its students are of similar caliber.

Reducing university bureaucracy and focusing admission on academic merit are political winners. Reducing bureaucracy saves money and race and ethnicity-blind admissions ends unpopular discrimination. But as importantly, both advance rather than undermine the primary missions of the university, particularly its modeling of epistemic openness.

This article, A Path for University Reform, was originally published by the American Institute for Economic Research and appears here with permission. Please support their efforts.