A Pay-it-Back Plan for Teacher Pay 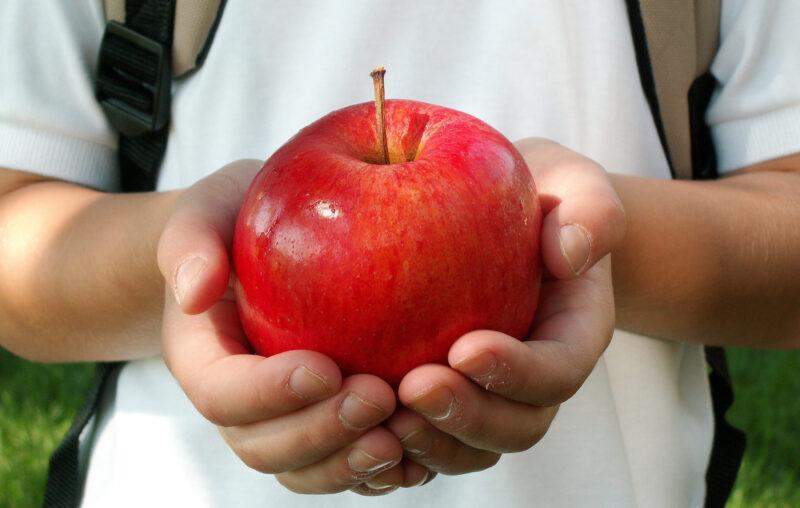 The other day, a beleaguered K-12 teacher told me, with a sigh, that it seemed unfair what teachers were paid. What if, she wondered, teachers were given a percent of the earnings of every student when these students grow up and begin to earn money. This way, we would all see what a tremendous impact a teacher truly has.

I thought this was an interesting idea, but I had some immediate reservations. For example, if I were to teach my neighbor’s child how to play basketball, and I played with him every day for year, and then later on, he just happened to become the next Michael Jordan, I wouldn’t expect him to give me anything of what he earned. It would never cross my mind that he owed me something. Why would a teacher think that she should be rewarded for the future success of her students?

Is this why we pay teachers? We pay them because the value of teaching comes from the future additional earnings of those whom they teach? I don’t believe this is the only reason we pay teachers, or even the main reason, but imagine for a moment if it were. I am willing to entertain the idea that teachers are generally underpaid, and that maybe some kind of pay-it-back plan based on a percent of earnings would be better for teachers, students, and schools.

What if teachers, students, and schools had the option to choose whether teachers are paid in the present, when they teach, or in the future, when one of their students makes some money. Would this, could this be beneficial for teachers?  Before we answer that question, let us ask first whether it would be better for the students? Would students rather pay a flat fee now for an education, or would they prefer and benefit from an education with no current costs, only a promise to pay later?  Now, K-12 students generally don’t pay for their own education anyway, because it is either public (and paid by the taxpayers) or private (and paid by their parents).  Parents, however, might agree to our pay-it-back plan. Instead of paying for private school now, they could make their child pay for it him or herself, somewhere down the line. So, I could imagine from the buyers’ side, there would be parents who would be happy to send their children, for free, to private schools, with the promise that those children would then have to pay back the costs later on. The burden of payment has been shifted onto the students.

Let’s get into some math to see if teachers would accept such a pay-it-back plan. Let’s use some simple estimates. Imagine it costs $25,000 per year to send a child to a private K-12, or the same amount of taxpayer dollars to fund a student at a government school. At 13 years of education, that is $325,000 total.  Now, imagine that on average there are 20 students in a classroom, and that a teacher at that school makes, on average, $50,000 per year. This means that the school takes in $400,000 for that class, and that just 1/8th of the revenue goes to the teacher, while the rest has to cover facilities, psychologists, art, music, buses, the administration, and the like.

So, in our pay-it-back plan, in which teachers get paid nothing up front but get more later on, we would reduce private school fees by 1/8th, dropping tuition to $21,875. Again, this looks good to parents, and the school is happy because now it’s easier to recruit more students. Not being paid anything in the present is of course not ideal for teachers, but if they think students’ future earnings might be promising, and if they believe, philosophically, that teachers should be rewarded for the future success of their students, then they might sign on to this plan.

In the pay-it-back plan, how much should students pay-back to their teachers? How about 1 percent of their earnings every year to every K-12 teacher they had?  And for teachers who students had for 1/5th  or 1/6th of the day, as is common in high school, they would pay a corresponding amount of 1/5th or 1/6th of one percent of their annual earnings to their old teachers every year.

One problem with this is that it would not incentivize early education teachers, since it is better to teach 12th grade than kindergarten if you had to wait for your former students to start earning money. For example, in this pay-it-back plan, if you taught kindergarten (6 year olds), you would have to wait 19 years after teaching your first year (when your former students turn 25 and begin work) to receive anything. Then, in the first year, 20 of your former students would send you $500 each, for a total received of $10,000. This seems like very little. However, every subsequent year a new cohort of your former students would enter their working lives and send you an additional $10,000.  This means that in year 2 of the payments  (20 years after you started teaching kindergarten), you would get $20,000, and in year 3, $30,000, year., etc  If your teaching career was 30 years long, and you taught 30 classes of 20 students who agreed to the promise of the pay-it-back plan, you would eventually make $300,000 a year, as the value of your teaching was finally realized.

Would any teachers agree to the pay-it-back plan?  Maybe some would, but I suspect most would not. Of course, if the total pay in the pay-it-back plan was too low for the teachers to accept, we could always adjust the scale, so that, for example, students might pay back 1.5 percent of their annual earnings to each teacher.  It would mean poverty, even starvation, for years, only for the promise of a huge windfall years after retirement. Even if we increased the rate to 2 percent, some teachers might not accept it. Were the rates high enough, neither would the students or their parents.

The pay-it-back plan as described ignores a host of problems which would need to be resolved. One such problem is the discounting of future earnings. It is better to have $10,000 now than $10,000 in 10 years. That is because you can invest $10,000 now and have a lot more than $10k in 10 years. So the larger future earnings from the pay-it-back plan aren’t as great as it might seem.

There is also a problem of trust. Will all these former students pay it back?  What if they renege on their agreements?  What if they say, like the advocates of student loan forgiveness, that they shouldn’t be burdened with this decision that their parents made for them to pay back their education? For teachers, it might be better to get paid now rather than later, because you can never know for sure if conditions will change and promises will be kept.

The biggest problem of the pay-it-back plan, however, might be the inequality that it fosters. If teacher pay were some function of the future earnings of their students, there would likely be huge differences in pay between the best, or at least most fortunate teachers, and the worst, or least fortunate ones.

There is also the problem of attribution. How would we know which teachers actually made a difference in a student’s ability to make money later on?  In my case, for example, I might pay back all of my teachers from kindergarten through sixth grade, since they were all reasonably good, I learned quite a bit, and it probably set me up for a future in which I had some earning potential. But the teachers that I had from 7th to 12th grade were a mixed bag, and half of them probably did more to damage my future earnings potential than to help it, so most of them I would give nothing. Would these bad teachers be willing to risk their salaries for a pay-it-back plan in which their former students get to decide if they imparted any value on their ability to earn money?

A pay-it-back plan probably won’t solve teacher pay problems, but it does help us to think about how we already have a stable way to compensate teachers. Instead of waiting on future potential value of education, our private and public school systems pay teachers in the present, only with the hope that the education will pay off in the future. The capital resources in our education systems make it possible to pay teachers now, and to pay them all on a similar scale, even though some will have a greater impact on students than others. This makes pay much more equal across the board than it might in a pay-it-back system that bets on the future success of students.

This article, A Pay-it-Back Plan for Teacher Pay, was originally published by the American Institute for Economic Research and appears here with permission. Please support their efforts.