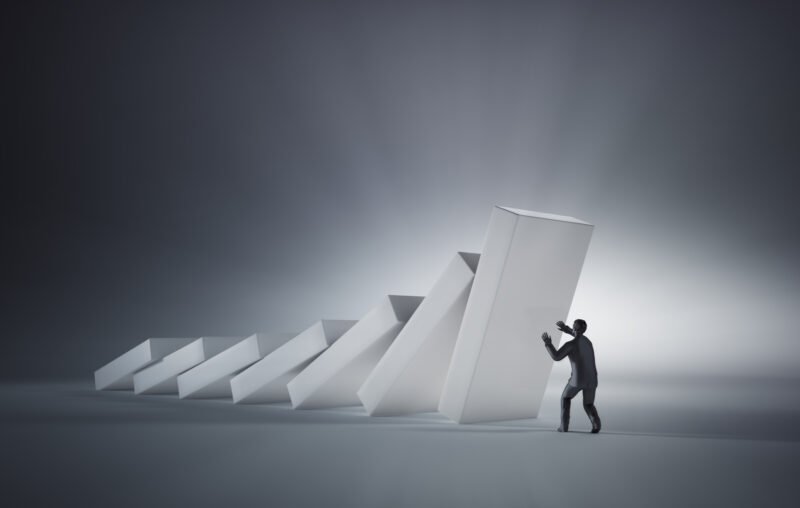 Max Weber, well known for his works on the sociology of economics, politics, and religion in the 19th century, highlighted the West’s transition to modernity.

Weber found ‘disenchantment’ to be occurring across the globe in various stages as the rationalization of daily life led to greater organizational efficiency, thereby replacing social ties and natural forms of self-development with the pursuit of efficacy and materialism. Such a shift prompted Weber’s desire to better understand what influences the economics of daily life.

In particular, Weber was interested in the impact that political and religious views had on economic growth, since what is seen as rational or moral varies from person to person. In particular, Calvinism (also known as Reformed Protestantism) attracted Weber’s attention as it positively correlated with productivity and investment rates in the Western world.

Efficiency, rationality, and structure-based systems were necessities of modern capitalism and, as it turns out, Weber became a strong proponent of bureaucratic methods.

Weber’s assessment of the US economy in the early 1900s resulted in the development of his Bureaucratic Theory, and Weber’s propensity to side with control mechanisms garnered attention within management studies. Weber’s theory is taught within business schools to this day. However, it is often done so with a historical perspective as a means to better understand the progression and evolution of scientific management.

At the time of Weber’s writing, skill sets were limited within the labor force and work was accomplished in factories or required manual labor – and so flexibility and worker autonomy were not a consideration. This clearly contrasts with the present day, as work expectations and environments have shifted and organizations rely on ingenuity, critical thinking, and creativity (as noted by the World Economic Forum).

A dynamic workplace requires a more dynamic form of management, and many small and medium-sized firms benefit from a decentralized system with an organizational culture that promotes and leverages trust.

This managerial approach, however, would likely shock Weber as he believed structure to be indispensable – and for large firms, structure does indeed still matter. So, perhaps America’s largest employer (the United States Federal Government), may benefit from a Weber refresher given that efficiency and effectiveness are not strong suits.

Although it sounds strange that the bureaucratic state should employ Weber’s bureaucratic methods, the principles he put forth could serve the political elite well and put an end to revolving door positions and tit-for-tat deals.

Let’s dive into Weber’s six characteristics for Bureaucratic Management and how the government has been known to sidestep these strategies.

As demonstrated above, all six principles are interrelated in that hierarchical structures should be based on expertise and merit (not social status), tasks should be delegated according to areas of competence and specialization (not preference), and rules should be applied uniformly to all (not according to personal views or affiliation).

Although most organizations have been able to move beyond these principles by simply establishing a positive organizational culture and a people-oriented approach, the public sector has clearly had less success – and this is having an impact on those who choose to seek employment in this realm.

While organizations today would likely be stunted by Weber’s assertions for rules and rigidity, political pundits may be kept better in line and on task if they were to be managed properly in structural reform and with a hefty amount of accountability.

This article, A Review of Weber’s Bureaucratic Method and Why Today’s Bureaucrats Should Take Note, was originally published by the American Institute for Economic Research and appears here with permission. Please support their efforts.