A Tale of Two Spikes: How the Tullock Spike Gives Insight Into a Viral Spike Amid Forced Mask-Wearing 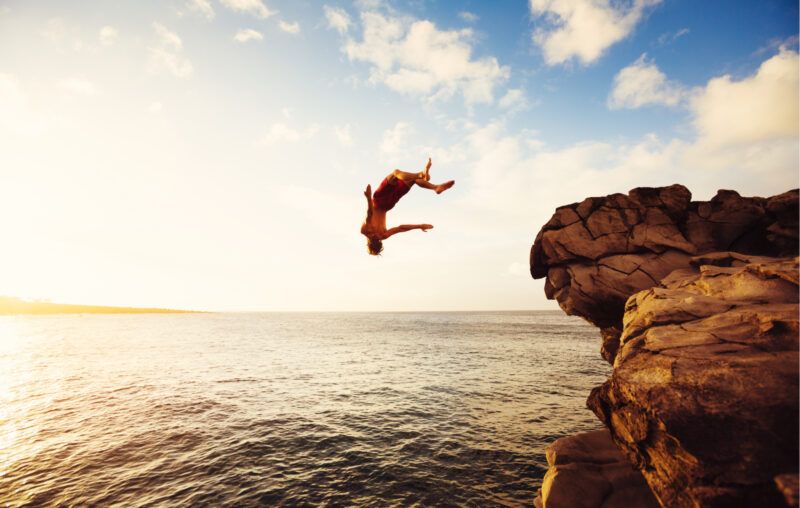 Seatbelt or not, would your driving style change if your steering wheels came equipped with a spike pointing directly at you?

It’s hard to imagine someone who wouldn’t drive more cautiously, and that was Gordon Tullock’s point. “If the government wanted people to drive safely, they’d mandate a spike in the middle of each steering wheel,” he said. The Tullock Spike was the legendary economist’s provocative illustration of the economic insight of offsetting behavior.

At the time, automobiles were seeing great innovations in safety — seatbelts, anti-lock brakes, airbags, etc. — but drivers were taking more risks. With the jarring idea of the steering-wheel spike, Tullock made a fusty old economic notion memorable. Namely, that people’s behavior changes as perceived costs to them change.

With safer automobiles, the perceived cost of driving faster and more recklessly had decreased, so drivers began doing more of it. What safety the new cars provided was offset by what further risks their drivers were willing to take. A Tullock steering column, however, would obviously raise the cost of unsafe driving and reverse the offsetting behavior. If a government’s goal were to bring about safer driving behavior as a proxy for automobile safety, it’s something it would mandate.

Speaking of government mandates, last year most governments worldwide and across the United States decided the goal was to bring about a particular behavior as a proxy for safety from a virus. Specifically, the behavior was for healthy people to wear cloth face masks to protect themselves and others from Covid-19. The orders were extraordinary, but the assurances from health officials and others were strident: masks work.

Nevertheless, despite forced masking nearly everywhere, Covid-19 cases spiked last winter. Having dealt with Covid-19 for 18 months so far alongside widespread masking, the question isn’t “How well do masks work?” but “Why didn’t masks work?” For that there are several explanations, beginning especially with the fact that prior to Covid politicization, health experts warned us from well-established research that used randomized controlled trials (RCTs) that masks were ineffective as protection against viruses. Furthermore, the virus is airborne, carried by particles significantly smaller than gaps in mask fibers (especially cloth masks, which are like trying to swat a mosquito with a chain-link fence). In lieu of RCTs, compulsory mass masking was often based on computer models (only as good as their input assumptions) and the Precautionary Principle (emotionally based to induce never taking precautions against unintended negative consequences).

Another reason for why masks didn’t work owes to offsetting behavior, however. After all, some rationale behind mass masking was to give frightened citizens a feeling of safety. People were constantly assured that “science and data” are clear that masks work. “I follow the science!” was the maskers’ self-congratulatory refrain. In my home state of North Carolina, the state Department of Health and Human Services — after months of being challenged on the science behind Gov. Roy Cooper’s mask mandate — offered several hand-picked studies (none of which supported such an extreme emergency order, by the way), including one that found the scientific evidence for mask-wearing “plausible but uncertain” but nevertheless urged mass masking in part because mask wearing “can provide feelings of empowerment and self-efficacy.”

Feeling empowered, trusting the message from politicians, health officials, media, celebrities, and social-media “fact checks,” and swaddling themselves in the talismanic protection of a face cloth, people’s perception of risk from the virus lessened. They engaged in riskier behaviors as a result. They offset their perceived greater safety by taking more risks. By extension, those who eschewed the masks weren’t necessarily engaging in riskier behavior. It’s quite likely that they took the risk head-on, not quite as dramatically as driving with the Tullock Spike, but certainly in terms of awareness of the virus and adapting their actions in response (anecdotally, these adaptions ranged wildly, including avoiding prolonged time in public settings, exercising, losing weight, upping vitamin intake, and spending more time outdoors in the sun, and later on deciding whether to be vaccinated).

But what if, unlike with seatbelts and anti-lock brakes, people’s perception of lesser risk is fatuous? The result would be people taking on additional personal risks for nothing. That’s a real danger of forced masking.

The evidence to back the assertion that forcing the healthy to wear face masks stops viral spread “just is and was not there,” in the words of epidemiologist Paul E. Alexander in his February 11 American Institute of Economic Research (AIER) publication, “Masking: A Careful Review of the Evidence.” The evidence in fact “leans heavily toward masks having no significant impact in stopping spread of the Covid virus” such that “it is not unreasonable at this time to conclude that surgical and cloth masks, used as they currently are, have absolutely no impact on controlling the transmission of Covid-19 virus, and current evidence implies that face masks can be actually harmful.” Alexander cites chemist Roger W. Koops’ AIER comprehensive essay in summing it up: “[T]here is no clear scientific evidence that masks (surgical or cloth) work to mitigate risk to the wearer or to those coming into contact with the wearer, as they are currently worn in everyday life and specifically as we refer to Covid-19.”

The short-term increase in infections owing to the Delta variant is creating renewed calls for forced masking, even by people who have been vaccinated. They’re based on a sudden change in guidance from the Centers for Disease Control and Prevention, which CDC director Rochelle Walensky blamed on the science shifting (she said the CDC would “update guidance should the science shift again“).

Let us hope for once that Pres. Joe Biden and the various state governors and health officials leave people free to assess their own risks and adjust their own behaviors as best makes sense to them.

This article, A Tale of Two Spikes: How the Tullock Spike Gives Insight Into a Viral Spike Amid Forced Mask-Wearing, was originally published by the American Institute for Economic Research and appears here with permission. Please support their efforts.