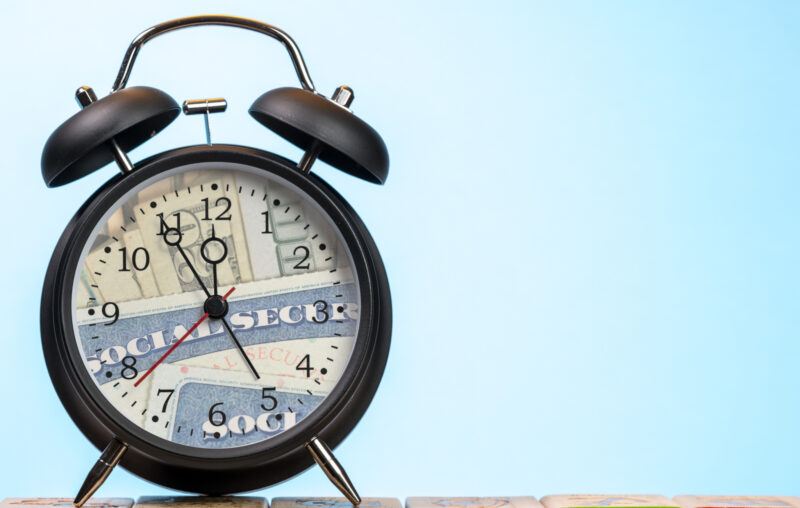 Politicians avoid talking about Social Security because they see no way to fix it without imposing a significant cost on workers, retirees, or both. A recent discussion on the podcast, Words and Numbers, explored a possible solution that would end the program without cutting benefits and without raising taxes.

A popular rejoinder is that insolvency is a myth because Congress could (by the Board of Trustees’ estimates) keep the program going by raising payroll taxes by 26 percent or cutting retirement benefits by 20 percent. Except that doesn’t make Social Security, as we know it, solvent. It makes a different program under different rules solvent. To workers who have been told that they would pay 12.4 percent of their wages into a system and receive back specific benefits, any increase in taxes or cut in benefits looks exactly like insolvency.

But “saving” Social Security is a fool’s errand because it can’t be saved. People who were above retirement age when the program began received retirement benefits even though they had never paid into the system. This made Social Security a Ponzi scheme rather than a savings plan. Ponzis end when they run out of new investors to pay off the old investors. And, as with all Ponzi schemes, extending Social Security’s life doesn’t make the insolvency go away. It just shifts the insolvency to a future generation where it will be an even bigger problem than it is now. The only way to escape from a Ponzi scheme is to shut it down. We don’t need a fix for Social Security. We need a way out.

And it turns out that there is a way out.

According to Social Security’s benefits calculator, the median worker who retires today can expect to receive around $1,600 per month in retirement benefits. Adjusting for inflation, that worker would have earned more than $2 million from age 22 through age 66 (ignoring possible bouts of unemployment). Together, the worker and the worker’s employer would have paid around $270,000 in Social Security taxes. If this person lives to age 100, he’ll collect $340,000 in retirement benefits. That’s a return of less than one percent above inflation. If the person only lives to age 85, the life expectancy for a 67 year-old male today, the person can expect to collect $290,000 in retirement benefits, for a return of one-third of one percent above inflation.

For perspective, the safest corporate bonds historically yield about 3 percent more than inflation, and stocks yield 7 percent more than inflation. The typical response is that financial assets are risky while Social Security benefits are guaranteed. But that guarantee only goes as far as the government’s ability to pay. And the Social Security Administration has called that ability into question. For comparison, while the stock market has lost 20 percent on many occasions, it has always recovered that, plus more. Social Security’s trustees predict that, to remain solvent, a 20 percent benefits cut would have to be permanent. Which looks more risky now?

But it is Social Security’s atrocious returns that provide the way out of this century-old Ponzi scheme. It turns out that Social Security’s return on investment is so bad that the median worker would be better off paying into Social Security until age 40 and then, at age 41, walking away. That fact forms the basis of a phase-out plan that could rid us of this albatross while ensuring that no one falls through the cracks during the phase-out.

The phase-out plan applies to people who are younger than 41 at the time the phase-out begins. Anyone 41 or older when the phase-out commences could continue to pay into and receive benefits from Social Security under the current rules, until death do us part.

Under the phase-out, workers aged 40 and younger would continue to pay payroll taxes exactly as they do now. But starting when a worker reaches age 41, the 12.4 percent tax that, to this point, the worker and employer had been paying into Social Security, would now be paid into a private retirement account. In exchange, the worker forfeits all future Social Security retirement benefits. By investing that 12.4 percent into a mix of stocks and bonds yielding a return 5 percent above inflation, the median worker could expect to retire with a nest egg worth (in today’s dollars) $340,000. A nest egg that size could generate almost $1,800 in monthly income, or eight percent more than the Social Security benefits the worker forfeited.

And the good news doesn’t end there. A 67 year old male can expect to die at age 85. If the person were receiving Social Security retirement benefits, those benefits would end with the person’s death (if the person were married, the benefits would end with the spouse’s death). In effect, the government imposes a 100 percent death tax on Social Security benefits. But, with a private retirement account, the median worker would still have more than $230,000 (in today’s dollars) left in his private retirement account upon his expected death at age 85. That’s a significant bequest he could leave to heirs.

Until retirement, the worker and the employer pay 12.4 percent of the worker’s wages into Social Security (under current rules) or a private retirement account (under the proposed phase-out). Assume the private retirement account earns 5 percent above inflation. The decline in expected Social Security benefits from age 67 to 100 is due to the probability of death. There is no decline under the proposed phase-out, because the retiree’s private account could continue to pay out benefits (up to age 100) even after the retiree dies.

For the median worker, dropping out of Social Security at age 41 results in higher expected benefits than he would have received from Social Security, plus an expected quarter million dollar bequest to leave to heirs.

The proposed phase-out is good news for the worker, but what about the government?

In years one through forty-six, payroll tax revenues will decline as young workers leave the Social Security system when they turn 41, but Social Security expenses will continue to grow as older workers who remain in the system start receiving benefits as they retire. Starting in year forty-seven, no further workers will receive retirement benefits. As the last retirees die, Social Security stops paying retirement benefits, but continues to collect payroll taxes from workers under age 41. This generates (in today’s dollars) a $430 billion annual surplus indefinitely.

In total, it will take about 90 years for the phase-out plan to completely pay for itself. But, it took Social Security almost a century to dig the hole in which we now find ourselves.  What’s remarkable isn’t that this plan would take almost a century to play out. What’s remarkable is that a plan that makes retirees better off, makes the government better off, and shuts down Social Security without cutting benefits to existing retirees or raising payroll taxes on existing workers, would be possible at all.

This article, A Way Out, was originally published by the American Institute for Economic Research and appears here with permission. Please support their efforts.