Addressing Financial Exclusion: The Right Way and the Wrong Way 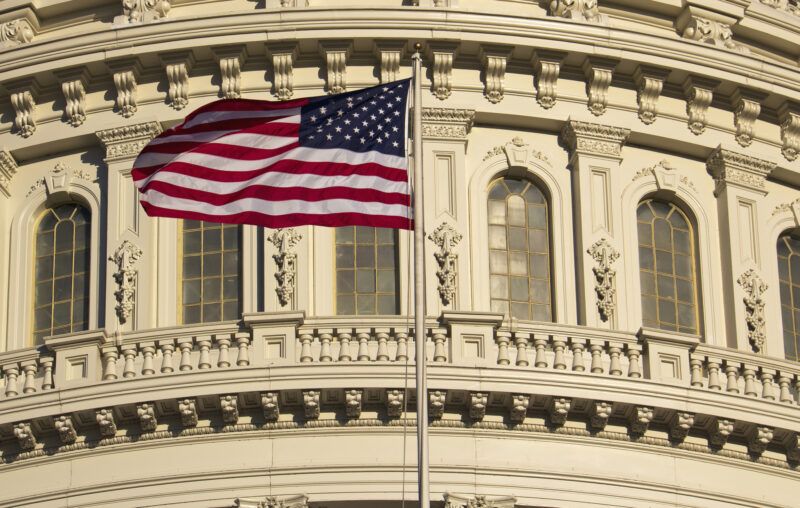 One of the key institutions necessary for the creation of a sophisticated and dynamic economy is a well-functioning financial system. One of the main prerequisites for running a business is the ability to access and accumulate capital. That could be a loan, an investment opportunity, an insurance scheme, or an emerging financial instrument such as private equity or cryptocurrency. The financial system enables ambitious and forward-thinking economic activity, be it opening a restaurant, running a Fortune 500 company, or simply being able to confidently buy something as expensive as a car or a house knowing that it is insured against potential damage. With this in mind, it should be pretty intuitive that being unable to access the financial system would be devastating to one’s prospects for growth. Exclude an entire group of people from the financial system, be it women, racial minorities, or cultural misfits, and you get massive disparities in achievement that are primarily explainable through said discrimination.

This topic of exclusion, the history of discrimination in the financial sector, and ways to properly resolve the issue are the subjec of AIER Senior Fellow Robert Wright’s book Financial Exclusion: How Competition Can Fix a Broken System. Although the book was written in 2019, it is especially timely today given the massive outcries for racial justice and concerns regarding economic inequity. The book provides a precise and detailed answer to addressing such concerns rather than simply airing vague grievances. He writes,

“For all its faults and foibles, the financial system is absolutely indispensable to the nation’s overall economy as well as its many sub-economies. Finance is so important that denying people equal access to the system is a surefire way of keeping them impoverished, which is morally reprehensible, fiscally imprudent, and ultimately economically damaging.”

He is able to specifically name financial exclusion as one of the key barriers to economic progress for marginalized groups such as African-Americans, Native Americans, and women. In his book, Wright provides a deep historical account of the discrimination faced by these groups and how it prevented them from accessing the financial system. He then goes on to explain how many government programs that unilaterally and artificially attempt to impose inclusion or expand access not only fail but lead to disaster. Finally, he leaves us with an insightful solution that is backed by his chronicle: encourage competition and innovation in the financial sector to empower these communities to help themselves. This is the ultimate solution because no prosperous civilization ever redistributed and planned its way to riches. Rather it made it possible for its own citizens to thrive on their own skills and resources.

There is absolutely no denying that America’s dark and racist past imposed very real barriers to entry for minorities of all types. Minorities initially faced outright discrimination as in the case of banks simply refusing to serve groups like African-Americans. When that was phased out financial institutions relied on harmful stereotypes and myths to deny access based on technical grounds. This included fake narratives such as women were inherently bad investors and fundamentally geared towards social work, not running a business. Black people were lazy and unreliable. Native Americans and Rednecks were culturally unfit to be reliable financial customers.

These damaging stereotypes and policies of outright discrimination understandably denied these groups access to important financial opportunities and products. This led to generations of poverty which often turned into a self-feeding cycle. This is why even though there might not be nearly as much discrimination in the financial sector today, many individuals are simply unqualified, be it through bad credit or lack of credit or their community physically lacking financial resources. To make matters worse, those in such predicaments are then targeted by predatory actors such as loan sharks that trap people in cycles of debt.

The Myth of Racialized Financial Superiority

The idea that some people are unfit for success in the financial system is one where intersectional Marxists and racists can come together. Such damaging stereotypes suggest that only certain groups of people are able to competently participate in the financial system, be it as clients or workers. A racist would perpetuate myths that black and brown people are just simply not cut out to manage money as competently as white people. Curiously those from the intersectional Marxist camp would make very similar arguments, just phrased in a more benign fashion. They would say that capitalism and by extension, complicated financial products are not compatible with certain groups and just benefit the white ruling class. They tend to particularly make this argument about Native Americans, who they suggest are culturally incompatible with capitalism. Oftentimes segments of racial justice movements argue that the only way minorities can be free is to abolish capitalism. Regardless of how you frame it, these myths are not only patently false, but clearly damaging to the idea of a more inclusive financial system.

Throughout the book, Wright refutes these harmful stereotypes with copious amounts of historical evidence to the contrary. For example, he points out,

“Unlike Euroamerican planters, free black slaveholders in many southern states were forbidden from diversifying into bank or other corporate stock so they often acted as private bankers themselves, taking deposits from the poor and lending to middling businessmen.”

He also points out that Native Americans, although they didn’t have massive stock exchanges, had sophisticated systems of private exchange, which runs contrary to the narrative that they are, as a civilization, some sort of anarcho-Marxist commune. Furthermore, today Native Americans are in many ways physically barred from the financial system, whether it be from complicated laws regarding their residency status or the fact that many reservations simply lack basic infrastructure like banks. Throughout the book, Wright explains that for many groups, it’s not a matter of being incompatible with the financial system but a matter of access.

How to Fix a Broken System

After establishing the importance of universal accessibility to the financial system and how much it explains disparities in achievement, Wright takes the reader through two ways of resolving the problem. There is the correct way, which involves increasing competition and empowering individuals to be entrepreneurial. Then there is what the government has done, which involves unilaterally imposing regulations that have unintended consequences or artificially making it easier for everyone to get credit, which is quite literally how the 2008 recession happened. Wright notes,

“Beginning in the 1990s, however, policymakers took a different tack. In an effort to ensure that everyone could achieve the “American Dream” without attempting politically fraught reforms to reduce unemployment, underemployment, and the other root causes of income disparities, policymakers opened up access to credit for people who traditionally, and for rational reasons, could only borrow small sums for short periods, if they could borrow at all. To get the banks on board, regulators threatened sanctions while simultaneously helping lenders to relax their credit standards. The result was dystopian: financial predation on a scale so massive that it almost brought down the global economy.”

In essence, treating people like victims rather than the architects of their own success simply created a lot more victims. This is pretty much what happens every time the government tries to help people on its own rather than simply making it easier for people to help themselves.

Although self-help and competition will not be the silver bullet that ends financial exclusion, they are certainly better than what the government has tried. Wright points out,

“To reject self-help as a viable solution to discrimination, as historian Louis Hyman does, however, is to go too far. For starters, entry has been far from free. Moreover, as shown above, self-help has worked in numerous instances to reduce and even eliminate discrimination across the financial system.”

Streamlining financial regulation will allow new competitive actors to enter the market and offer services that are accessible to historically excluded groups. Furthermore, history shows that oftentimes financial inclusion was facilitated through entrepreneurial activity carried out by members of an excluded group.

There should be a two-pronged solution in which  the government gets out of the way and innovative actors engage with communities. This could be in the form of educational programs that teach financial literacy to underserved groups or new types of institutions such as microcredit that specialize in extending loans to low-income communities. New technologies like blockchain will also make it far easier for people in underserved areas to build good credit and establish that they are trustworthy clients. The bottom line is that a vibrant and dynamic private sector response, often motivated by competition and self-interest, will and has delivered better results than a top-down approach from the state that simply seeks good intentions without concern for good results.

This book accomplishes a number of things. The first being that it establishes the necessity of a strong financial system for a modern and prosperous society. Without it, it would be nearly impossible for most people except for the extremely wealthy to make productive investments beyond basic necessities. The book also functions as a sobering account of America’s racist and discriminatory past as well as how that legacy still affects people today. At the same time, it affirms that members of marginalized groups are not perpetual and inherent victims of the capitalist system. In fact, they are more than capable of succeeding and have demonstrated that ability throughout history. Finally, the book discusses how to go about fixing the problem of financial exclusion which is predicated not on unilateral government policy but a vibrant and competitive private sector.

By looking back at history we can see some key lessons for the present. The first is that financial inclusion requires entrepreneurial activity, not coddling and dependency. Another is that oftentimes marginalized groups of people are more than capable of succeeding when you just get out of the way. Finally, policymakers today must understand the devastating consequences of well-intentioned policies and the hard fact that an imperfect private sector response is far preferable to a counterproductive government response.

This article, Addressing Financial Exclusion: The Right Way and the Wrong Way, was originally published by the American Institute for Economic Research and appears here with permission. Please support their efforts.