Affirmative Action – Help or Hindrance for the Underrepresented? 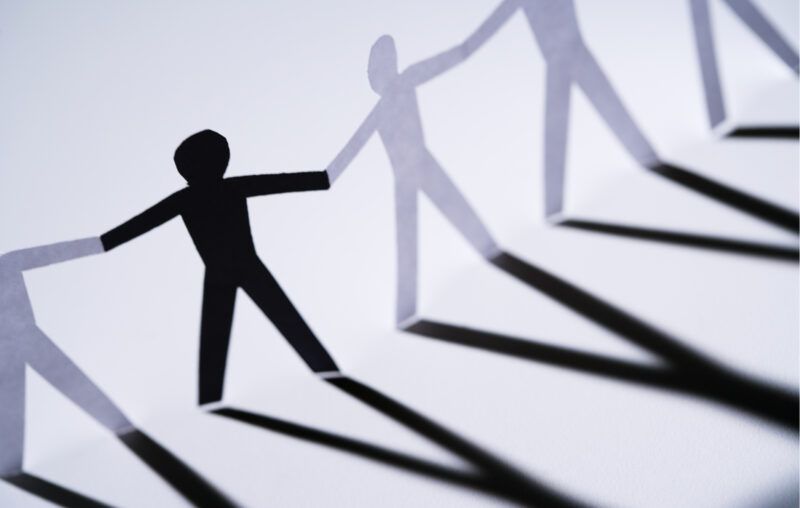 Starting in the days of Lyndon Johnson’s Great Society, American colleges and universities embraced the idea that one way for the country to atone for its ugly history of slavery and racial discrimination was to give preferences to applicants from “underrepresented “ groups. At first, that just meant students with African ancestry, but later came to include Hispanics, Native Americans, Aleutian Islanders and others.

Schools began to admit applicants from those groups even though they had weaker academic qualifications than the great majority of the students. The assumption was that they were helping them, because a degree from a more prestigious college would provide them with a big boost in life. The logic seemed clear: Since on average graduates of more prestigious schools like Harvard and Berkeley had higher earnings than graduates of less prestigious ones, increasing the numbers of minority students at them would begin to narrow the earnings gap between whites and others. Members of those groups would quickly be brought into the economic “mainstream” and begin to acquire positions of power and influence.

The theory sounded good. Almost nobody questioned it. And even today, belief in affirmative action (I’m going to drop that euphemism in favor of the more accurate term racial preferences for the remainder of this article) remains powerful within the education establishment.

In fact, to question or criticize it can get you in serious trouble, as University of Pittsburgh medical professor Norman Wang discovered when he criticized the use of racial preferences, arguing that putting race ahead of excellence would degrade the medical profession. Law professor Jonathan Turley wrote of the case, “The only thing more unsettling than the actions of the university was the relative silence of his colleagues throughout the University of Pittsburgh as he was punished for expressing his academic views.”

One of the more vociferous advocates of racial preferences is Holden Thorp. Thorp earned his Ph.D. in chemistry at CalTech and rose through the academic ranks to become the chancellor of the University of North Carolina at Chapel Hill. UNC’s infamous athletics scandal of 2011 caused his career there to crash, but he subsequently began to climb the academic ladder again as provost at Washington University in St. Louis. He also serves as editor-in-chief for the prestigious magazine Science.

In that capacity, he contributed an editorial on Feb. 3 entitled “Science needs affirmative action.”

In it, Thorp declared that science is struggling “to correct systemic racism” and “external forces press on, making it more difficult to achieve equity on all fronts….” He was particularly upset that the Supreme Court has agreed to hear two cases challenging the legality of the use of racial preferences in college admissions (one involving Harvard, the other UNC). He calls upon the scientific community “to mobilize against this latest assault on diversity.”

So, what is Thorp’s argument?

He writes, “Failure to enroll a diverse undergraduate population has already excluded outstanding people from science and limiting affirmative action will only make matters worse.”

Thorp must know that virtually all of the top colleges and universities in America have been going to great lengths to “enroll a diverse undergraduate population” for the last forty years. No one is being excluded from going to college and studying science or anything else. What I believe he means to say is that in the absence of racial preferences, there would be substantially fewer students “of color” admitted to universities such as Harvard and UNC. That is undoubtedly true. If it weren’t for such preferences, those institutions would admit fewer black and Hispanic students, and more students of Asian background.

Wouldn’t that exclude the students Thorp is concerned about? No, because students who don’t get into their top, most prestigious college picks just enroll somewhere else.

Think for a moment about those Asian students who are rejected at Harvard, et al, in order to make room for “diverse” students. They’re excluded from Harvard, but not from going to college. They simply enroll in one of the other schools to which they applied. If the Supreme Court were to rule against the legality of racial preferences, that wouldn’t exclude anyone from Harvard, but would mean that students who didn’t have high enough academic qualifications would have to go to a school where their qualifications were on a par with most of the other students. A black student who wanted to study engineering at Harvard might, for example, go to Purdue instead.

Without racial preferences, students would be accepted where they are a good match academically. Elite institutions would have fewer “diverse” students and other, somewhat less prestigious ones would have more of them. Why would that be harmful to science or anything else? It wouldn’t be.

Actually, there is good reason to believe that it would be better for the students. That is because it’s no benefit to be put into competition where most of your fellow students are more prepared for academic rigor than you are. We’ve known that for nearly twenty years.

Why weren’t more black and Hispanic students going to grad school to pursue faculty careers? Cole and Barber argued that the main problem was that many of the supposed beneficiaries of racial preferences earned low grades in their courses, thus deterring many from continuing on to grad school. They wrote that many of the best prepared minority students “are admitted to schools where, on average, white students’ scores are substantially higher, exceeding those of African Americans by about 200 points or more. Not surprisingly, in this kind of competitive situation, African Americans get relatively low grades. It is a fact that in virtually all selective schools (colleges, law schools, medical schools, etc.) where racial preferences in admission is practiced, the majority of African American students end up in the lower quarter of the class.”

Rather than giving an endorsement for increased “diversity” efforts as the Mellon Foundation had clearly been expecting, Cole and Barber argued against it. They advised high-achieving minority students not to go to the most prestigious possible school, where they’d be admitted with the benefit of preferences, but to schools where they were most likely to do well academically. (After publishing the book, the Mellon Foundation chose to ignore it, since the authors’ conclusions ran contrary to the ingrained belief that racial preferences are good.)

The Cole/Barber research was supported by a study done in 2012 at Duke University by economists Peter Arcidiacono and Esteban Aucejo and sociologist Ken Spenner. Their paper, “What Happens After Enrollment? An Analysis of the Time Path of Racial Differences in GPAs and Major Choice” concluded that students who had been admitted with preferences (whether racial or other kinds) were far more likely to drop out of academically demanding majors such as science, math, or engineering and into easier ones. In short, if your goal is to get more students through demanding undergraduate majors and into scientific work, you ought to oppose preferences.

I’ll mention one more reason why racial preferences are counterproductive. Students often receive a superior education at smaller, less prestigious colleges and universities. That’s because the faculty at such schools tend to give more attention to undergraduates. At the elite institutions like Harvard, undergraduate classes are largely taught by harried teaching assistants, not by the superstar faculty members. A black student who chooses to enroll at one of America’s Historically Black Colleges and Universities (HBCUs) is more apt to do well in his science major and then go on to grad school than one who gets the dubious benefit of a racial preference to enroll at Harvard.

This article, Affirmative Action – Help or Hindrance for the Underrepresented?, was originally published by the American Institute for Economic Research and appears here with permission. Please support their efforts.