All Housing is Affordable Housing 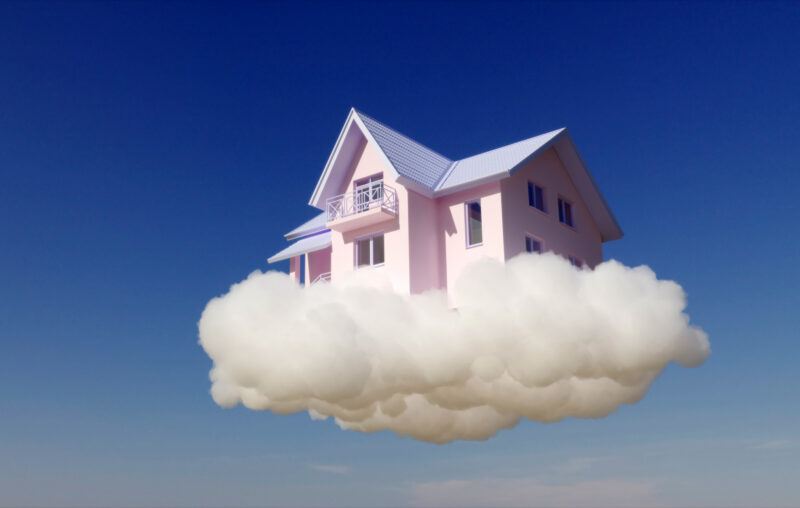 All housing is affordable housing. If developers build cheap housing, the price of all housing except the very most luxurious will fall. Alternatively, and perhaps less obviously, if we build more luxury housing, then the price of all housing will fall, as there will be less pressure for gentrification or “teardowns.” This is hopeful: All we need to do to solve the housing crisis, and quickly, is to make it legal to build housing.

Generally, in functioning market settings, price signals convey information that is rapidly transmitted to three sorts of actors. If there is scarcity, prices rise rapidly (if they are allowed to do so). The result is:

In housing, this system is not working, because it is not being allowed to work. The regulatory agency Freddie Mac has estimated that the shortage approaches 4 million units nationally, and that undercounts the degree of the shortage in terms of people who would like to move to larger or “closer to work” locations. Why is the price mechanism working?

The short answer is that it is effectively illegal to build housing, so #2 is blocked. And innovation—microunits, accessory dwelling units, etc.—is discouraged, so #3 is ruled out. The only “solution” offered by America’s city governments is scarcity, as far as the eye can see. In a growing consensus that crosses partisanship and ideological boundaries, including this remarkably candid Obama administration report, analysts have concluded we need to make it legal to build housing.

How could it be illegal?

The housing advocacy group “Up for Growth” estimates that between 2000 and 2015, 23 US states used intentional restrictions to block more than 7 million new dwellings that would have been built without the regulations. Even more importantly, perhaps, is the finding that even for the units that were built as much as 30 percent, and sometimes more, of the final cost was caused by regulatory uncertainty, waiting for approval, or the submission of repeated traffic reports, environmental impact statements, and jumping through other regulatory hoops.

What, specifically, makes building new housing illegal? The following categories of zoning, regulatory, and licensing restrictions all play a role:

In my own neighborhood, Raleigh and Durham, North Carolina, an amalgam of these requirements would work out to something like this: New developments require an inefficiently large amount of land, much of which is required to be used as parking, in buildings no more than 4 or 5 stories tall. The housing units themselves generally must be 1,000 square feet or more. (Durham recently “allowed” a building of smaller “microunits,” starting at 387 square feet for $1,200 per month; all the units were immediately occupied).

You can just do the math, in city after city. A Brookings Institution study documents the problem, noting that all three major components of cost—land, labor, and materials—face substantial and in some cases unnecessary and unintentional cost bottlenecks. The result is that costs for almost any sort of new unit in areas with burdensome regulation and high land prices will exceed $250 per square foot.

For a 1,000 square foot apartment—smaller than many cities allow without expensive variance permit processes—a developer would need to charge at least $2,750 per month just to break even. Now, the usual definition of “affordable” is housing that costs 30 percent or less of the renter’s income. But let’s expand that, and call 40 percent of income affordable. A worker would still need a pretax annual salary of $110,000 to be able to afford our hypothetical minimally legal new apartment.

Worse, municipal restrictions are also the main driving force behind “gentrification,” where (relatively) rich people occupy parts of what little affordable housing does exist. Since cities allow wealthy neighborhoods to make it illegal to build market rate housing, it’s hardly surprising that newcomers, or current residents looking to expand their living space, look to poorer neighborhoods. A recent working paper by Dr. Kate Pennington of the US Census Bureau has an interesting finding: while what we might call “static” gentrification displaces low income housing, the more “dynamic” form of gentrification, or building new market-rate multifamily buildings in poor areas actually reduces the cost to renters in the area. The problem is that building new multifamily units is prohibitively expensive, and faces lengthy regulatory and legal delays for approval.

The entire system is oriented toward hypersensitivity to local concerns, with requests for “public comment” built into a system that requires prolonged and expensive petitions for the “right” to build new housing. On December 14, 2020, Russ Roberts did an Econtalk podcast with Katherine Levine Einstein, on her book Neighborhood Defenders. As Dr. Einstein put it:

We create a process where if I’m proposing a new housing development, I have literally no idea how many hearings it’s going to take and how expensive it will be, how I should think about my budget. Because, it could be one hearing, cut-and-dry, or I could end up with, like, five hearings and a year and a half of delay. And, that unpredictability is deeply problematic. (46:30)

This article, All Housing is Affordable Housing, was originally published by the American Institute for Economic Research and appears here with permission. Please support their efforts.