An Open Letter to a Candidate for Political Office 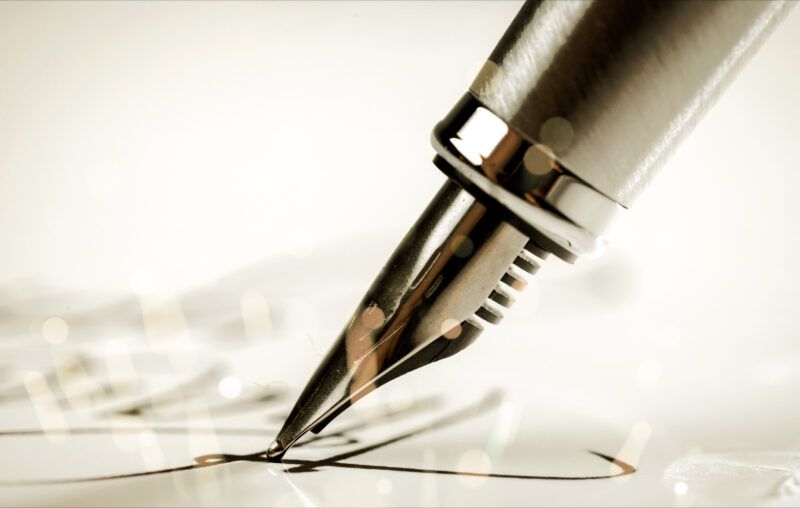 On October 30th I received from you a blast email requesting that I contribute to your political campaign. For reasons explained below, I’ll not do so. (The one and only time that I contributed money to a candidate for political office was 25 years ago, and that was to a friend who ran as a Republican, and, as it turned out, unsuccessfully.)

You’re running as a Democrat for one of California’s seats in the U.S. House of Representatives. In your confusingly worded email you write that you are running for Congress because you’re

tired of the GOP’s unwillingness to care about our community. Our district has been misrepresented for long enough by conservative politicians who are too busy helping themselves, their political party, and their corporate donors to address real problems.

I say “confusingly worded” because, when I first read the above passage, I initially thought – before your meaning came through – that you are protesting what you take to be the GOP and its corporate donors’ devoting excessive time and attention to addressing real problems. But inelegant composition can be overlooked. Let’s stick to substance.

If elected, you promise

to dive into issues to ensure our communities feel safe, healthy, and have opportunities to succeed in fulfilling careers.

Sounds lovely. Who doesn’t want to be safe and healthy, and to “have opportunities” in addition to a successful and fulfilling career?

Because this line is featured prominently in your email pitch, I assume that your opponent is on record as favoring communities that feel unsafe and unhealthy. I assume also that your opponent specifically wishes citizens of your district to be denied opportunities as they languish in unsuccessful and unfulfilling dead-end jobs. After all, why would you – who later in your email boasts of being “fact-based” – consume your readers’ precious time and attention by expressing your support for these outcomes if these are not ones that your opponent wishes to thwart? I trust that in future emails, unlike in the one that I received yesterday, you’ll share evidence of your opponent explicitly speaking out against safety, and expressing his belief that citizens of your district should stop aspiring to successful and fulfilling careers.

But There Is No Substance

To my disappointment, as I read through your email I also failed to find any mention of just what policies you propose to enact in order to make the people of California’s 42nd district safer, healthier, and more successful and fulfilled. Why be coy with details?

focused her career on building businesses that reduce waste and create quality jobs in order to build a sustainable future.

That’s great. Truly. But your description (such as it is) of your businesses tells us nothing substantive. Every profitable business reduces waste, for at the heart of entrepreneurial success is the delivery to consumers of greater value produced by using fewer resources. And this entrepreneurial success at getting ever-more value from ever-fewer resources is what ensures “a sustainable future.”

Also, every profitable business creates quality jobs. The reason is that each worker regards his or her job as the highest-quality opportunity that is available to him or her. (If this were not so, these workers would not work in those particular jobs.) So while I sincerely applaud your entrepreneurial gumption, I do wonder at your apparent supposition that your success as an entrepreneur at reducing waste and creating quality jobs is unique or unusual. Again, these outcomes are achieved by all successful entrepreneurs. (This reality, by the way, should prompt you, if elected, to work to reduce taxes and spending, and to roll back government-imposed regulations, given that as the role of government in the economy grows the role of entrepreneurs necessarily shrinks.)

Finding not a single detail in your email about just what sorts of government policies you propose, I visited your campaign’s website. Yet even there I find no substance – no substance in any of the text and none in your video. You express justified pride in your hard-working parents, and you tell us that you’re an engineer and entrepreneur. Bravo! But your and your family’s commitment to hard work and entrepreneurship tells us precisely zero about the substance of what you propose to do if elected to political office.

If you do have in mind at least a few substantive details about the sorts of policies you’ll push if elected, why not share these details publicly? Are you afraid that doing so will cost you votes? If such a fear is what causes your coyness, your cowardice more than cancels out your commitment to hard work. But if you are not cowardly – and I’d prefer to operate with this assumption – then I’m left to conclude that you simply have no substantive details to offer. You apparently suppose that your qualification for office is established merely by your having lovely aspirations, and that, once in office, these aspirations will, by some miracle, transform themselves into effective and admirable legislative details.

Surely you can forgive citizens of your district for being skeptical of a candidate who believes that her agreeable objectives – objectives, by the way, with which everyone this side of sociopathy shares – combined with her history of hard work are sufficient to qualify her to exercise the awesome powers of the state.

If you don’t mind, let me offer some advice. Quit your quest for political office and continue to work as a private-sector entrepreneur.

As a politician, in contrast, you work dishonestly and are at high risk of becoming corrupted. If you gain political office you’ll spend, not your own money, but that of other people. And the programs on which you’ll spend these sums will mostly be ones to which Americans are compelled to submit. There is, with almost all government programs, nothing akin to a real market test. In politics the only ‘test’ is superficial popularity – your looks, your glibness, your ability to appear to be expressing substantive thoughts while in fact saying nothing substantive at all – combined with your ability and willingness to serve powerful interest groups. Under such circumstances you cannot long remain a decent human being.

Especially because you seem to be an intelligent, well-meaning, and hard-working woman, quit this undignified and soul-warping quest for political office. Use your drive, talents, and creativity not to compel other people to do as you and a coalition of other politicians command, but, instead, to entrepreneurially discover and deliver alternatives for which people express their approval both by voluntarily buying your goods or services, and by voluntarily working for you and investing in your ventures.

America has a superabundance of people lusting to exercise power over others. But we can always use another genuine entrepreneur. You are rightly proud of being one. Please, stick to being an entrepreneur. Only then will you truly help not only your fellow Californians in the 42nd district, but the whole of humanity.

This article, An Open Letter to a Candidate for Political Office, was originally published by the American Institute for Economic Research and appears here with permission. Please support their efforts.