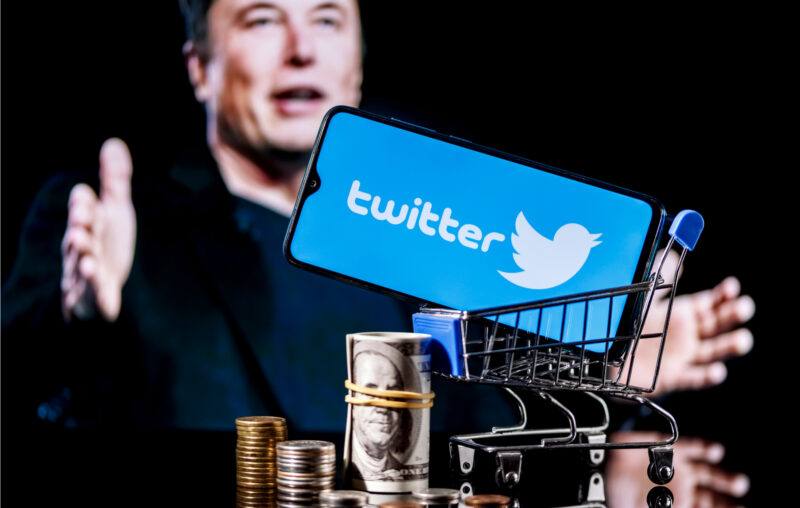 It was 1999 at Goldman Sachs, and a senior person in its private bank was asked what he was recommending his very rich clients buy. He replied that they should purchase AOL, and hold it for life. It’s so easy to forget how very blue chip and everywhere AOL once was. In fact, “everywhere” was one of AOL’s marketing descriptors. How things change.

Change is something to keep in mind as critics and fans of Elon Musk’s bid (and recently announced agreement to purchase it) for Twitter seemingly lose theirs. Musk’s mere proposal to purchase Twitter unsurprisingly unearthed impassioned reactions. The impassioned should relax. Even given the recent news.

For one thing, it’s hard to imagine Musk would purchase Twitter and take it private if his plan were to lead the social media giant down a path familiar to its users. If history is any guide to Musk, he’s a doer as opposed to a follower. Which means the very idea of him purchasing Twitter just so he can tweak a few things reads as ridiculous. Musk as a rule takes his customers or potential customers in all new directions; often amid great skepticism. Which is a long or short way of telling critics and fans to stop cheering or critiquing a future that none of us can realistically foretell.

For now, the speculation seems to be that the free speech “absolutist” in Musk will open up the platform to more speech. Maybe he will, maybe he won’t.

Whatever the answer, members of the Left should stop worrying. Really, what do they have to fear? Particularly if they think the Right is nuts as is, giving what’s apparently nuts a bigger platform will hardly elevate it. Furthermore, free speech cuts both ways. In which case it seems unrealistic that Musk would spend tens of billions just to give the Right more of a voice.

Another speculated on fear of the Left is that unlike the present regime, a Musk-owned Twitter wouldn’t squash stories like the one involving Hunter Biden. Maybe not, but then who honestly didn’t know about Hunter Biden and the laptop before the November of 2020 elections? Which is the point. The covering up of what wasn’t well known is what made it well known. Basically “Banned in Boston” is the best way to sell lots of your books, or get your story lots of publicity. Think about it. To censor is to amplify what you’re censoring.

As for members of the Right who think social media has been unfair to them, and who think that Musk will make it more fair, please look around you. Check out most any right-of-center advocacy organization, think tank, of anything else associated with politics. Having done that, please check out the doings of those organizations on Facebook, Instagram, YouTube, SnapChat, TikTok, and yes, Twitter. They all have major presences on each, and better yet, they’re looking to expand them. While it’s probably true that employees of the companies mentioned swing Left, they love money more than they do ideology. Which means the platforms mentioned are far less hostile to the Right and its organizations and Parties than most would like to admit. Those entities have been undeniably good for the Right. In other words, Musk and Twitter as a step toward free speech is much less of a story than most anyone would care to admit.

Critics think it terrifying that someone so rich could control such an important speech platform (Washington Post), while supporters have billed Musk’s ability to purchase Twitter and open it up to speech as a “battle for America’s soul” (Epoch Times – Roger Simon). Oh wow, we’re a really rich country full of people with too much time and too much emotion. Seriously?

Back to reality, nothing lasts forever. Nothing. What’s true applies to Twitter. To pretend that so much importance can be derived from one company and its owner is just childish, and it insults the greatest country on earth. Referencing this write-up’s opening, does anyone remember AOL? Not really, and if they do, they remember it as an example of what used to be relevant.

Implicit in all this wailing about Twitter is that we’re at the frontier of speech and communication, and Twitter is the final advance. Such a view is much less than serious.

Assuming Musk completes the purchase of Twitter and improves it, we’ll all win. If not, and even if he turns out to not be the free speech absolutist that some claim, failure won’t foretell censorship as far as the eye can see as much as it will signal a business opportunity for an entrepreneur eager to knock a censorious Twitter of its perch. Wise minds should relax.

This article, AOL, Elon Musk, and Twitter, was originally published by the American Institute for Economic Research and appears here with permission. Please support their efforts.