Are We On Some Sort Of A Cycle? Exactly 14 Years Later, Another Housing Crash Has Arrived 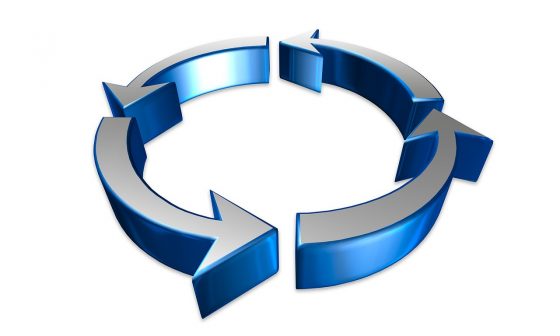 Do you remember what happened precisely 14 years ago?  In 2008, the housing market collapsed and the subprime mortgage meltdown made national headlines day after day as unprecedented panic swept through Wall Street.  To many of those that were working in the financial industry at that time, it seemed like the world was ending.  Of course the world was not actually ending, but without a doubt it was an extremely painful episode for our nation.  Countless Americans lost jobs or homes (or both), and the ripple effects of that crisis can still be felt today.

But did you know that there was another housing crash exactly 14 years before the one that we witnessed in 2008?

That kind of sounds like what we are experiencing right now.

And if you go back 14 years before that, you will find another housing crash.

The U.S. housing market was booming in 1978 under Jimmy Carter, but higher interest rates caused things to cool off in 1979, and then in 1980 home sales really began to tumble.  Ultimately, the level of existing home sales tumbled by about 50 percent over a four year period…

The Federal Reserve knows what has happened in the past when they have aggressively hiked rates.

But they are doing it again anyway.

So here we are 14 years after the last housing crash, and it is starting to happen again.  We just learned that sales of new single-family homes were about 30 percent lower this July than they were last July…

The plunge in home sales is just stunning. Sales of new single-family houses collapsed by 12.6% in July from the already beaten-down levels in June, and by nearly 30% from July last year, to a seasonally adjusted annual rate of 511,000 houses, the lowest since January 2016, and well below the lockdown lows, according to data from the Census Bureau today.

Those numbers are absolutely horrible, and every region of the country is getting monkey-hammered…

Sales of new single-family homes have now dropped for six of the last seven months.

That is clearly a trend.

Sales of previously owned homes fell nearly 6% in July compared with June, according to a monthly report from the National Association of Realtors.

The sales count declined to a seasonally adjusted annualized rate of 4.81 million units, the group added. It is the slowest sales pace since November 2015, with the exception of a brief plunge at the beginning of the Covid pandemic.

Sales dropped about 20% from the same month a year ago.

They are calling this a “housing recession”, but that isn’t what we are actually facing.

The truth is that we are in the early stages of another full-blown housing crash.

Things are particularly bad in the markets that were once the hottest.

For example, just check out what has been going on in Boise, Idaho…

Nearly 70% of home sellers in Boise, Idaho cut the asking price on their house in July, Redfin reports; a remarkable turn for the once-hot real estate market.

Needless to say, prices are still way too high and they are likely to come down a lot more in the months ahead.

If you bought a house near the peak of the market, I really feel sorry for you.

Lots of people locked in mortgages at vastly elevated prices.

As the U.S. housing market cools, feverish competition for homes in the past couple of years has left 72% having regrets about their home purchases, according to a recent survey from Clever Real Estate.

The number-one reason for the buyer’s remorse: 30% of respondents said they spent too much money.

The exact same thing happened last time around too.

We never seem to learn from our mistakes, and now the stage is set for what could be the biggest housing crash of them all.

We shall see what the Federal Reserve chooses to do.

If they stop raising rates, that will help.

But if they decide to keep aggressively hiking rates, that will be absolutely catastrophic for the housing industry.

I have been warning that this sort of thing was coming for a long time, and now it is here.

If you are looking to sell a home, try to do it as quickly as you can.

Because prices are going to continue to fall all over the nation, and it won’t be too long before vast numbers of homeowners are underwater on their mortgages.