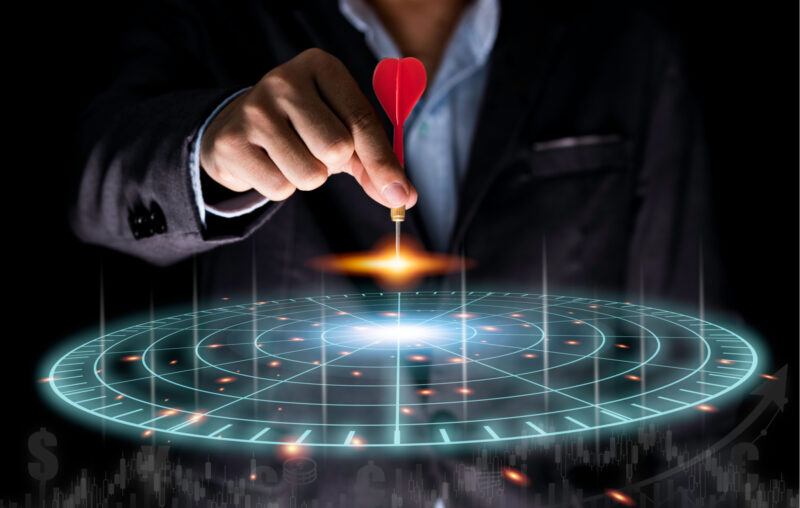 Alas, it has not worked out so well in practice. Those caveats—that the average inflation target must be credible and clearly articulated—have proved to be crucial. Inflation has surged over the last year and, despite reaffirming its commitment to a 2-percent average inflation target on paper, the Fed’s own projections reveal it has no intention of making up for its past mistakes. Its failure to course correct risks unanchoring inflation expectations, leaving the Fed to choose between permanently higher inflation or temporarily higher unemployment.

Unexpected inflation transfers real wealth from one party of a fixed nominal contract to another. Consider a simple lending agreement. If inflation is higher than was anticipated when the loan was entered, borrowers get to pay back their loans with—and lenders must receive—dollars that are less valuable than was expected. If inflation is less than was anticipated, lenders will gain at the expenses of borrowers. Borrowers and lenders will do their best to estimate the future value of the dollar. But there is some variance of potential outcomes. The greater the variance of potential outcomes, the riskier it is to engage in long-term contracts.

Monetary policymakers have the potential to reduce the inflation risk of long-term contracting—and the cost of estimating the future value of money—by reducing the range of potential outcomes for the price level. They can do this by (1) adopting a monetary rule that anchors inflation expectations and then (2) conducting monetary policy such that prices do not systematically deviate from that implied growth path of the price level. If market participants know how much inflation to expect, they do not need to incur unnecessary costs to estimate the likely course of prices. And, if the range of potential outcomes is narrow under the rule, they need not worry so much about the inflation risk of long-term contracting. By reducing the costs and risks of inflation, a good monetary rule increases productivity and, hence, promotes long-run economic growth.

In theory, an average inflation target can work well to anchor inflation expectations and reduce the range of potential outcomes for the price level. Consider a central bank that is committed to delivering 2-percent inflation on average. Monetary policy errors and unavoidable real supply disturbances will occasionally cause the central bank to miss its target. But the nature of the rule requires the central bank to make up for these misses.

Suppose, for example, that an unexpected monetary policy error causes prices to grow at an annualized rate of just 1.5 percent over the quarter. Wealth will have been transferred from borrowers to lenders and employers to employees over the period, as the dollars paid were worth more than was expected when they entered into their respective contracts. But the Fed can limit—and an average inflation target requires limiting—the extent of future errors by temporarily increasing the growth rate of money in this case such that prices return to the long-run growth path consistent with the average inflation target. In this way, the Fed reaffirms the expectations of those in long-term contracts.

An average inflation target also works reasonably well in response to temporary real supply shocks. Suppose, for example, that a temporary supply disturbance causes the price of oil to rise and, with it, the prices of goods and services in general. Inflation will temporarily rise, as prices exceed the long-run growth path consistent with the average inflation target. The central bank should not take steps to offset this rise in prices in this case, as potential output is reduced and prices should reflect the reduced production. However, oil prices will eventually decline (and, with them, the price of other goods and services) as supply disturbances ease up and production returns to normal. Hence, the initial above-target inflation will eventually be offset by a period of below-target inflation such that, over the long run, prices tend to grow along the path consistent with the average inflation target.

Figure 1 presents the results of ten simulations of the price level over a forty-year horizon when the central bank is committed to an average inflation target but occasionally errs in one direction or another. Note that the range of potential outcomes—and, hence, the inflation risk of long-term contracting—is relatively small. Again, that is because deviations from the 2-percent price level growth path are ultimately offset to ensure that inflation equals 2 percent on average.

I have repeated the same ten simulations presented above under the assumption that the central bank is committed to an asymmetric average inflation target of 2 percent in Figure 2. These simulations make two things clear. First, the variance of potential outcomes is much greater than that observed under a conventional average inflation target. Second, the expected rate of inflation—which can be estimated as the probability-weighted average across all possible simulations—is greater than 2 percent. Neither of these results are particularly surprising. If you have an asymmetric target, you should expect to get an asymmetric outcome.

The Federal Reserve has failed to adhere to the conventional average inflation target portrayed in its policy document. Either it has intentionally obscured the nature of its intended course of policy from the outset, by suggesting it would symmetrically target the average rate of inflation when it really intended to asymmetrically target the average rate of inflation, or it has abandoned its stated course of policy for an alternative that provides a much worse long-run nominal anchor. Neither of these two interpretations of the Fed’s recent actions bolsters its credibility.

This article, Asymmetric Average Inflation Targeting and Expectations, was originally published by the American Institute for Economic Research and appears here with permission. Please support their efforts.