Authority And Freedom by Jed Perl: A Review 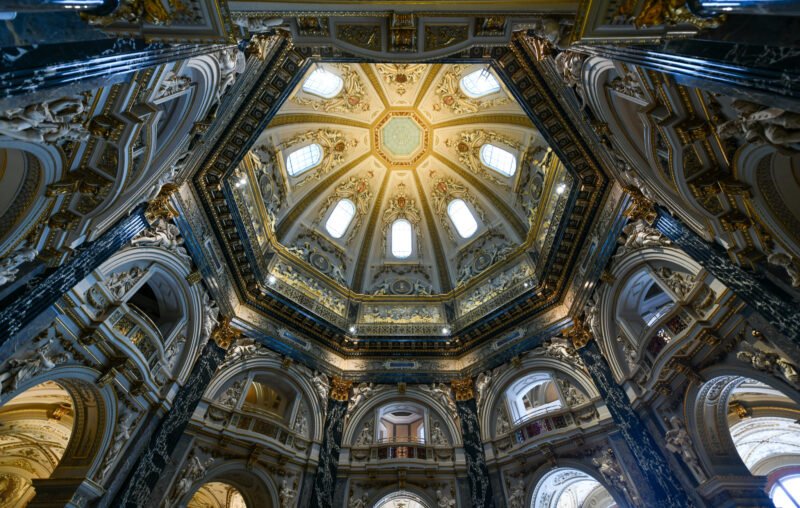 A book entitled Authority and Freedom sounds like it could be a lesson regarding political libertarianism and government, or a discussion on the philosophical relationship between the two concepts. Jed Perls’ book is neither, as the subtitle is “A Defense of the Arts.”

The book has two premises. The artistic enterprise, no matter what genre (visual art, music, poetry, sculpture, architecture, novela) involves a balance between the authority of the genre’s tradition and its materials, and the individual autonomy and agency that the artist brings to the creation of an artistic artifact. The artistic enterprise is all about “making,” not thinking. The latter is, of course, crucial, but only if it results in the creation of an object. Leonardo DiVinci may have thought about The Last Supper’s meaning and composition for years, but it would have been for naught if he had not finally picked up his brush and palette and actually painted the fresco. Every composition that Mozart wrote had to come out of the reservoir of his mind, but it had to be realized by him writing every note, articulation, rhythm, and dynamic on a piece of paper for it to come into the world as a score.

Every poem starts with an idea, but must be forged, built word by word, phrase by phrase, until its form takes shape. The creative act is always a process that takes place over time. Even if it is imagined in toto, it can only be realized over and through the medium of time. The new, created object is an entry in the history of the art form itself. No composer can live outside of this history. Finally, and perhaps somewhat controversially, art is independent of politics. It is its own universe, and lives by its own rules. For Perl, the art object must stand free from political concerns. While he never makes it quite so blatant, I suspect so as not to be seen as political, it is clear that he believes the arts should not be in thrall to the support of any political end, as it is now in academia, for example. Indeed, in numerous institutions today, it is believed that all the arts should be in support of Black Lives Matter and oriented toward the goal of ending “systemic racism,” or promoting sustainability, or somehow reversing “climate change.”

Perl wrote this book even though throughout his life he thought, like truth, beauty, and goodness, art needed no justification. Art, he assumed, is important to all cultures, and has always fundamentally belonged to the human experience, that it has long been central to Humankind’s understanding of itself, its desire to seek transcendence, pleasure, delight, and meaning.

Artists must give shape to their experiences, Perls notes. They do so, however, within a metaphysical context and an aesthetic one. The artist’s world is both his internal intellectual realm, and the application of the rigors of her discipline, having put in those ten thousand hours of practice and devotion to the craft, but also learning everything in her discipline’s past. But no artist can have experienced the entire past of his discipline. As Hemingway said, “all art is only done by the individual…the individual, the great artist when he comes, uses everything that has been discovered or known about his art up to that point…He takes instantly what it takes the ordinary man a lifetime to know and then the great artist goes beyond what has been done or known and makes something of his own.” Whether an artist acknowledges it or not—and Boulez early in his career did not, for example—“The singularity of an artistic endeavor…is set in history. That history is everybody’s history.”

The arts take us out of our workaday world. They give us new insights into our particular situation. That is why, being tied to history, they also tell us about our present place in its unfolding as they chronicle humanity’s journey through time. The arts are a product of the artist’s current situation, and thus they will be in history by definition. The realm of art is separate and apart from the regular parts of the world and its ordinariness. That is why paintings are “framed” to separate them from other paintings and the wall itself, why we go to concert halls, and museum galleries to really hear or see high-quality works of artistic creation. We observe them with Kant’s “disinterested interest,” which separates our quotidian interests from our ability to truly be entranced by an observation.  Art allows us to transcend our everyday experiences, and feel something new and very different, to maybe find that sense of being lost in an artistic experience that places us into another world. And the experience will be intensely pleasurable and give us what all persons crave: a meaning for our lives.

Perl makes the case for both simultaneous strands of thought (history and otherworldliness) by bringing in writings by artists and philosophers. We hear from the poet Paul Valery, who ponders if and how the creative experience can ever be transmitted to a non-artist, and from Hannah Arendt, whose central point in Between Past and Future is that “authority does not end here in particular people or things but in an ancient tradition that the living embrace.” Here, the concept of freedom comes into the discussion. Perl agrees with Isaiah Berlin that “only when artists have felt free enough to absorb the patterns and purposes of a particular art form can they begin to assert their own freedom, and that “freedom can only be achieved after certain constraints have been accepted.” Schoenberg thought that his new system and the constraints of his twelve-tone approach would assure the superiority of German music for at least another one hundred years. The Abstract Expressionist painters, while rejecting figurative representation, were in their way going back to the very origins of painting by returning to its basic materials, color and gesture, all while still (mostly) residing in the formal constraints of the canvas. Perl also notes, as with the evolution of Mozart’s piano concertos, that while the composer played freely with forms in his earlier pieces, he felt free in later works to assert the clarity of the older form, almost as a tribute to the past. The artistic object only “succeeds when the artists or artists involved are driven by an imaginative imperative…and that in all times and places the creative act has involved a struggle, debate, or dialogue between authority and freedom (emphasis added).”

The artist in the twentieth century has found the widest array of approaches to the conundrum of authority and freedom, finding “different moods, from grave, reverent and saturnine, to skeptical or even satirical.” The artist can also be bitter, sarcastic, indifferent, and the favorite of the Post-Modern period, ironic. Perl calls on the weaver Anni Albers to sum up the matter:  “limitlessness leads to nothing but formlessness, a melting into nowhere…Great freedom can be a hindrance because of the bewildering choices it leaves to us, while limitations when approached open mindedly, can spur the imagination to make the best use of them and possibly even to overcome them.”

Adam Smith taught us much about the nature of free markets in The Wealth of Nations. In Moral Sentiments he placed those markets in the context of other factors that make up a well-functioning society. One of those factors, one that stands on equal-though-separate footing with economics or politics, is the arts. For it is only they that can quench the thirst for human transcendence and meaning. Perl, in Authority and Freedom: A Defense of the Arts, makes the case for this, and more.

This article, Authority And Freedom by Jed Perl: A Review, was originally published by the American Institute for Economic Research and appears here with permission. Please support their efforts.