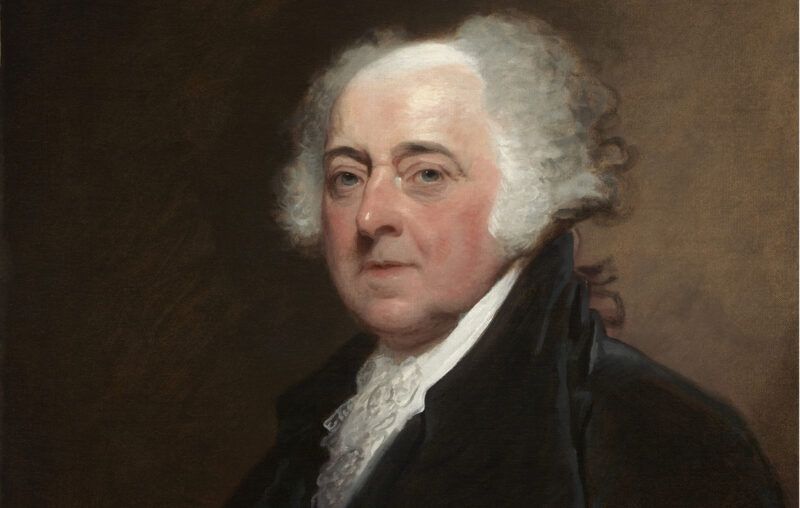 On Jan. 5, Lindsay Chervinsky, a senior fellow at Southern Methodist University’s Center for Presidential History, tweeted a quote from a letter that John Adams sent his wife, Abigail, in 1795. Per Chervinsky, Adams remarked that “Our Constitution was made only for a moral…People. It is wholly inadequate to the government of any other.”

It’s true that Adams wrote every word in that sentence, but Chervinksy’s ellipsis omitted some critically important information. Adams’ argument was that the Constitution “was made only for a moral and religious people.” To Adams, a devoted Unitarian, morality could not be detached from religion, and virtue, both on an individual and a societal level, could not exist without them.

Chervinsky hand-waved her omission away as a “lack of confidence” that Twitter would grasp the nuance of 18th century religious views, but how is the average American supposed to grasp that nuance if the historical “experts” are giving them a version of the truth that’s filtered to the point of being misleading? Whether or not Adams was right is irrelevant — the point is that his argument was misrepresented, and understanding his true argument is crucial to understanding early American thought.

Obviously, educators cannot be expected to teach every little historical detail, but there is a difference between simplified history and bad history, and bad history is what we’ve been getting. With this in mind, it’s no wonder that our politics are so toxic. How can Americans be expected to defend a free society if we collectively have little knowledge of the history and institutions that underlie that free society?

However bad you think the state of historical knowledge in the United States is, the reality is probably worse. A 2018 Woodrow Wilson National Fellowship Foundation survey found that only 36 percent of Americans could pass a citizenship test. Only 13 percent of those surveyed knew when the Constitution was ratified. A 2011 Marist poll found that 26 percent of Americans were unsure of when the Declaration of Independence was signed, while another 16 percent mentioned a date other than 1776. When I was in high school, I once had a classmate confidently tell me that the American Revolution ended in 1970.

Individual teachers (with the exception of Chervinsky) are not to blame for this phenomenon, but the material that they are teaching from absolutely is. Works of speculative journalism like the New York Times’ disastrous 1619 Project have made their way into history classrooms around the country. My home state of Texas rather infamously butchered the philosophical influence of Christianity on America’s Founding by specifically listing Moses as a profound influence on the Founding Fathers. But recent political punching bags are not the only sources of bad history.

A People’s History of the United States, a controversial but popular textbook by Howard Zinn, an avowed leftist, is as much a work of political activism as it is of history. It relies primarily on secondary sources, almost exclusively focuses on the narrative of the oppressor versus the oppressed, and casts a needlessly negative pall over American history.

It’s difficult to internalize crucial civic information when that information is hidden within narrative and theory, which, like other forms of propaganda, turns students into absorbers of dogma as opposed to dialectical consumers of civic knowledge. Unfortunately, as Stanford’s Sam Wineburg noted, “For many students, A People’s History will be the first full-length history book they read, and for some, it will be the only one.”

When intentionally misrepresenting foundational truths about America’s history becomes easy, so does misrepresenting facts about America’s current politics. President Biden frequently lies about having been arrested. Basic election security measures are framed as “racist” continuations of Jim Crow oppression. Even those defending liberal institutions often depict the Founding Fathers as perfect people who never did anything wrong.

Many argue that historical education is an extension of politics, but I think, at least to some extent, it’s the other way around. Rational, incremental institutional change is derived from a deep understanding of the institution in question — the alternative is chaos. Our history education infrastructure has failed to embed the necessary knowledge in millions of Americans, so chaos is what we have.

There is no clear-cut way to fix the dearth of collective historical knowledge (it certainly won’t come from the heavy hand of government), but there are strategies that can help. Individuals can take the initiative to read primary sources like the Federalist Papers, Thomas Paine’s Common Sense, or the Constitution and Declaration of Independence themselves. More importantly, they can introduce their kids to this material once they are old enough.

While media productions like HBO’s John Adams and the 1993 film Gettysburg make numerous historical errors (and in the case of Gettysburg, add an entirely fictional character), they capture the spirit behind the people and events that they depict. In addition, they can serve as a sort of gateway for deeper, more intensive historical inquiry. That certainly proved true in my case.

Any progress will be slow, but our politics arguably depend on it. The American experiment will not survive if Americans don’t understand why it happened and what makes it so unique. Once that understanding has been captured again, maybe so-called experts like Chervinsky will remember that an informed public is watching, and our discourse will become healthier.

This article, Bad History Leads to Bad Politics, was originally published by the American Institute for Economic Research and appears here with permission. Please support their efforts.