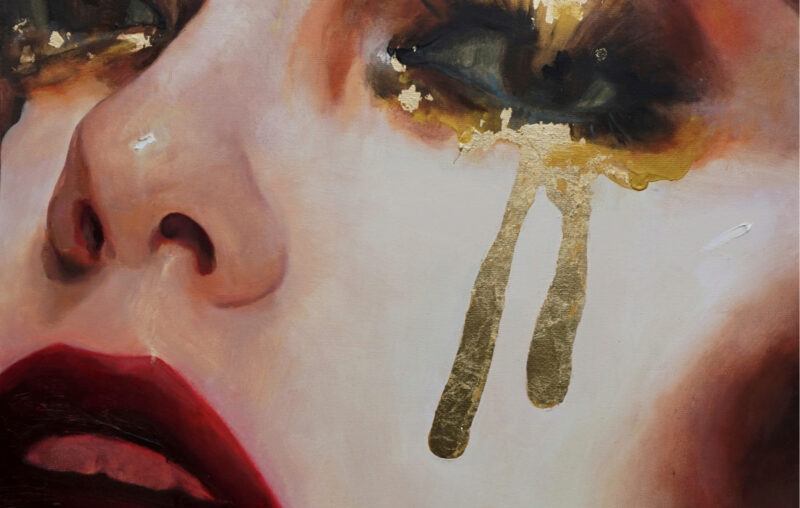 The Art Newspaper recently ran an article with the title “What should we do about paintings with racist titles?” As an example, it gave the Portrait of a Negress by Marie-Guillemine Benoist, painted in 1800 and owned by the Louvre.

The portrait is a splendid one by a female artist, of an elegantly seated black woman in a snowy white turban and gown, semi-naked from the waist up. It is obvious, at least to me, that we are intended to admire her beauty, as indeed we do. There is no doubting, either, the intelligence of her gaze: the artist could hardly have made it plainer.

There doesn’t seem to me anything that is intrinsically demeaning in the title. The term negress was not, in and of itself, an insulting or demeaning one at the time. Art galleries are full of portraits that do not name their subjects but merely refer to some general characteristic or other such as youth, age, country of origin, occupation, and so forth. This does not demean or dehumanise the subject, and no sensible person would take such a title to mean that the characteristic chosen for it—peasant, servant, soldier, or whatever—is supposed to define him or her completely. Portraiture is not caricature, and the anonymity of a sitter implies no disrespect, let alone contempt or hatred.

Because its title was criticised as racist, the picture in question has been officially retitled Portrait of Madeleine. The author of the article in The Art Newspaper—which is actually an extract from a longer essay of hers—writes: “In reclaiming her name—however contentiously it was bestowed on her—the subject was to regain some measure of her humanity.”

This is very unclear and imprecise, indicative of loose habits of thought, but also of a determination to find something offensive. Why was the name given to the sitter contentious? Was it because the Louvre made it up out of whole cloth, more or less at random? (This appears not to be the case.) Or was it because Madeleine was given that name by a slave owner in the Caribbean? In any case, to give her only a first name might be considered more demeaning than not giving her any name at all. To be known only by a first name is often a sign of social subordination; to apply a neutral descriptive term to a portrait might be considered as less demeaning to its subject than to call her simply by her first name, especially where she had no intimate relationship with the artist.

The article reminded me of an exhibition that I attended at the Birmingham Museum and Art Gallery in 2006, called Black Victorians: Black People in British Art 1800–1900. I had expected it to be a very “woke” event (though the term itself had yet to gain currency), but I was mistaken—pleasantly so, in fact. It was a beautifully curated exhibition of painted representations of black people by British artists, without any procrustean commentary of the type we have now come to expect. The only obvious political content of the exhibits was in the anti-slavery pictures, in which the cruelty of slavery was graphically, if sometimes sentimentally, portrayed.

As I usually do at such exhibitions, I read the book afterwards in which visitors leave their comments. I remember one page in particular, written by two women, both of whom described themselves as black. The first wrote that she considered the exhibition a disgraceful exercise in racial stereotyping that should not have been permitted, while the second wrote that she was grateful to God that he had allowed her to live long enough to see an exhibition that showed black people in all their beauty.

These two women had seen exactly the same pictures considered as purely physical objects, of course, but their responses to them were diametrically and dramatically opposite. My sympathies were much more with the second than with the first comment: it seemed to me that all the painters exhibited in their work either a sympathy or respect for their subjects. They were largely free of any suggestion that the subjects were lesser human beings than the artists themselves, with the possible exception of certain paintings in which the slaves were pictured as helpless if terribly suffering victims. Indeed, many of the pictures were clearly admiring of their subjects.

Not being an art historian, let alone a specialist in nineteenth-century British art, I could not possibly say whether the pictures chosen for exhibition were representative of all the depictions of black people in the art of their time: whether, for example, the curators had rigorously excluded any pictures that they thought derogatory of black people, if indeed any such pictures existed that were more than mere caricatures. But this was irrelevant to the contrast in the two responses recorded in the comment book.

My guess was that the women were of two generations deeply separated by their sensibilities. My surmise was that the woman who thanked God that He had allowed her to live long enough to see such an exhibition was at least one generation older, possibly two, than the woman who thought the exhibition deeply racist. The very manner of her expression was old-fashioned: gratitude of such a kind is not a common response to anything nowadays, and to most younger people it would seem politically retrograde, anger at injustice being the only morally respectable attitude to the world. Both responses to the exhibition were no doubt refracted through a philosophical lens, but one seemed far more distorting to me than the other, as well as being more conducive to personal misery and social conflict.

Where the righting of injustice is seen as the highest, possibly the only, moral duty, it is natural that people should see it lurking everywhere, even in the title of a beautiful and respectful portrait.

This article, Beauty Transcends Outrage, was originally published by the American Institute for Economic Research and appears here with permission. Please support their efforts.