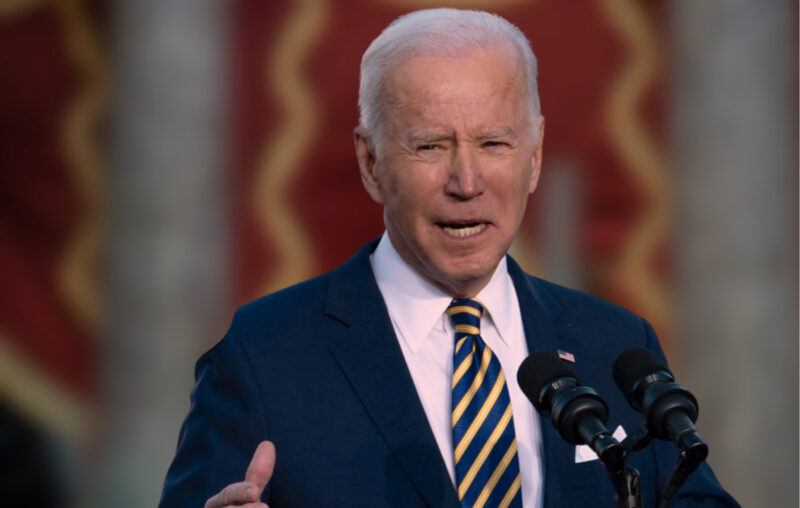 Our political institutions were explicitly designed to prevent radicalization. That’s a good thing, not a problem. Major initiatives should require debate and compromise. But policymakers with an affinity for radical agendas have grown increasingly impatient with the democratic justifiability required by the constitutional process. That’s why they’re turning to the Fed.

The Fed maintains an outsized footprint on the economy and also holds several financial regulatory reins. This makes it an alluring source of economic power for policymakers who want to pursue those partisan agendas that stand little chance of being approved through the proper legislative process. Just see how quickly Rep. Maxine Waters sought to implement $15 minimum wage requirements through the backdoor of the Fed’s Covid facilities.

The Fed, with a heavy political bias toward the left and a long history of compromising its independence for political purposes, is all too eager to have Congress let out its leash. In fact, research that was undertaken by the Fed’s staff economists suggests they’re chomping at the bit to address issues such as climate change and inequality.

Biden has nominated Sarah Raskin and Lisa Cook for the Board of Governors. Their records indicate that they’d be Fed Governors who would actively work to advance political agendas outside the traditional narrow responsibilities of the Fed. These agendas would radically and permanently alter the Fed’s mission going forward. This would only serve to further increase the politicization of our monetary institutions and financial system. It would heighten economic uncertainty as the right to saddle the Fed with partisan platforms became another recognized right of the occupant of the Oval Office.

While it doesn’t make Biden’s attempt at politicization acceptable, his choosing of nominees was emboldened by Trump’s attempts while in office. How conservatives conduct themselves while in office sets a baseline foundation that the Left naturally pushes to its limits. While Raskin and Cook both lack the expertise as monetary scholars as traditionally understood, some of Trump’s nominees were even more unqualified. While Trump’s attempts should have received wider sanctions from his own party, thankfully there were enough conservatives properly concerned about maintaining monetary stability to push back against the further politicization of the Fed. Scholars at the Hoover Institution, Mercatus Center, the American Institute for Economic Research, and even the chairman of the Council of Economic Advisers under President George W. Bush also came out against the nominees.

As a foundational economic institution, sound money should supersede the political agendas of both the left and the right. No advancement of political opportunity, after all, is worth compromising the wellspring of our economic prosperity and human wellbeing.

Sound money is, after all, a foundational principle of economic freedom. Allowing our monetary institutions to be compromised by partisan agendas, especially radical ones, will fundamentally undermine the ability of a price system to guide entrepreneurs to better serve consumers and to innovate for the future. And, the costs of mismanaged money will likely fall heaviest on the most vulnerable, those who cannot afford the lawyers and accountants necessary to shelter their life savings in insatiable environments.

Sure, the push to politicize the central bank may be a tit-for-tat response to Trump’s own inadvisable attempts to influence the Fed while in office. Fortunately, especially for the regular people who would stand to suffer the most under a politicized Fed, there were enough conservatives to band together to block Trump. Will there be enough principled liberals to sanction Biden?

This article, Biden’s Fed Nominees a Tit-for-Tat Response to Trump’s, was originally published by the American Institute for Economic Research and appears here with permission. Please support their efforts.