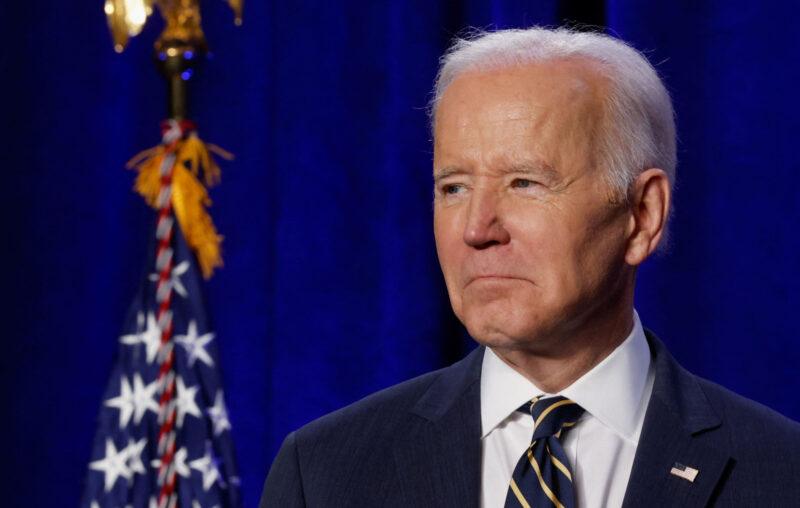 On Thursday, President Biden announced he would forgive student loan debts for 43 million Americans. Borrowers making less than $125,000 per year as an individual (or, $250,000 as a married couple) will see their student loan debt reduced by up to $10,000—and up to $20,000 for those who received Pell Grants. The administration claims the policy will provide “targeted debt relief” for low- to middle-income Americans.

As I have written before, forgiving student loan debt is bad policy. The administration suggests most “borrowers struggle with high monthly payments and ballooning balances that make it harder for them to build wealth.” In fact, most student borrowers owe relatively little and, given their educational investments, have the capacity to repay. The typical undergraduate borrower finishes her degree with roughly $25,000 in student loan debt. She will earn around $35,000 more each year than someone with only a high school diploma.

Of course, some borrow a lot more. However, those who do also tend to enjoy much higher incomes. Median student loan debt is highest for dentists, doctors, lawyers, and pharmacists. As Adam Looney notes in a Brookings Institution report, “most borrowers graduate with student loan debts that are modest and commensurate with their earnings.”

A small fraction of borrowers do struggle to repay their student loan debts and build wealth. Some were unable to complete their studies and, hence, do not enjoy the college wage premium. Others earned degrees in areas that tend not to pay much better than what a high school graduate might expect to earn.

If the goal is to help Americans struggling to pay off their student loan debt, the Biden administration could have gotten by with a much smaller program. Instead, they’ve opted to forgive the debt of those not really struggling as well.

Proponents of the student loan debt forgiveness program are quick to dismiss their critics. Some chalk it up to jealousy: the critics made the necessary sacrifices to repay their own debts and don’t like that others will not have to endure a similar struggle, they say.

Others write off the opposition as rich elites out of touch with the ordinary problems of most Americans. “Make no mistake, the vast, vast majority of people who are angrily complaining about student debt cancellation have no idea what real people’s lives are like,” Nathan Tankus writes. He suggests economists would offer better commentary if only they knew “people over 30 who make less than 75k a year.”

Still others suggest this is the best one can hope for given the political constraints. “You can argue that there would be better uses for the money.” Paul Krugman writes. “But are there better things *Biden can actually do*?”

I find these retorts unsatisfying, to say the least. For starters, I don’t give one whiff about the supposed unfairness. My primary complaint with the student debt forgiveness policy is that it doesn’t help the people who really need it and, instead, redistributes wealth to those who are already doing better than most.

Nor is my criticism a product of being out of touch with “real people.” To the contrary, it is because I know first hand what it is like to be poor that I think these funds could be much better spent.

Ironically, the claim that people making just under $75,000 per year are obviously struggling to pay off their student loans is the kind of thing a rich elite would say! $75,000 is actually a lot of money. An individual making $75,000 in America is at the 74th percentile. A household making $75,000 is at the 54th percentile. These people are not poor. They aren’t generally struggling to make ends meet. They are middle class Americans living relatively comfortable lives.

And while Tankus directs attention to the supposed need of those making $75,000 per year, the actual policy is not limited to those making $75,000. It offers debt relief to individuals making as much as $125,000 and households making as much as $250,000! Individuals making $125,000 in America are at the 89th percentile. Households making $250,000 are at the 93rd percentile. They are among the richest people in one of the richest countries in the world. They are not struggling. They do not need assistance.

Meanwhile, 22 percent of American households make less than $30,000 per year. That’s roughly 28 million households. Individuals in these households are less likely to have gone to college and, hence, less likely to have college debt. But they are much more likely to struggle. They do not typically have adequate savings to deal with life’s minor calamities. A punctured tire or broken window can prompt tough financial decisions. An extra $10,000 would make a big difference to these households. But the Biden administration chose to help rich people instead.

How about the political constraints? Perhaps the Biden administration is unable to deliver my preferred policy of helping any and all who are truly struggling regardless of whether they have student loan debt. But I find it hard to believe it is unable to support those struggling to repay their student loan debts without also making similarly-sized transfers to a bunch of rich college grads. The existing income-based repayment plans offer a much better template. The administration could have provided more relief to the lowest income borrowers while gradually phasing out that relief for households making between $30,000 and $70,000 per year.

The administration is capable of targeting this relief more effectively. It is just unwilling to do so. The problem here is not one of political constraints but rather political preferences. The Biden administration wants to improve the reelection odds of Democrats. It is distributing the spoils of power to its base and hopes to be rewarded for doing so in the midterms. Why else would it have set the qualifying income levels so high?

The Biden administration’s student loan forgiveness program is poorly targeted. It starts by limiting beneficiaries to those who attended college and, hence, tend to be in the top half of the income distribution. It then makes little effort to limit beneficiaries any further, permitting those near the very top of the distribution to access relief as well. The result is a program that fails to help the very least well off while providing support for some of the most well off.

The student loan forgiveness program may be politically expedient, but it is difficult to justify on standard welfare grounds.

This article, Biden’s Student Loan Forgiveness Program is Poorly Targeted, was originally published by the American Institute for Economic Research and appears here with permission. Please support their efforts.