Black Liberation Through the Marketplace: A Review 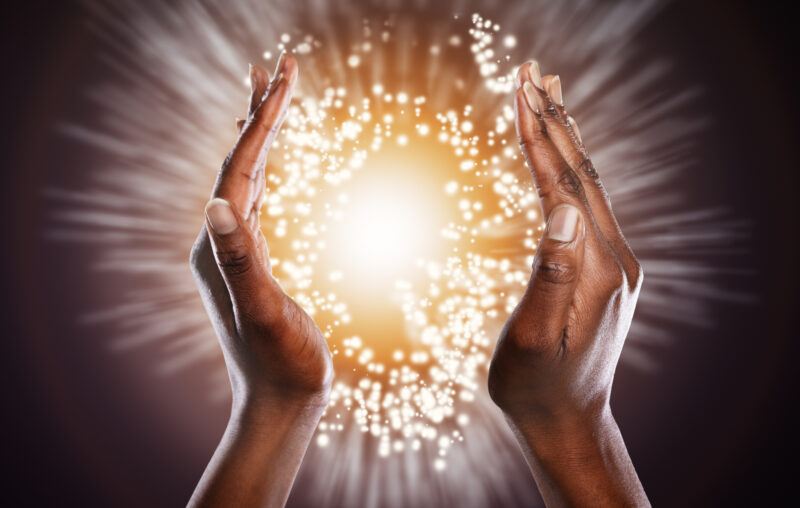 Much has been written about the concept of social justice in mitigating the long string of inequities that have historically plagued African Americans within the socioeconomic and political life of this nation. Most of these works have focused on public policy and its role in potentially smoothing issues of racial justice, but quite often, these studies fail to note public policy as a root cause of these injustices. A small group of scholars in the classical liberal tradition, such as Thomas Sowell, Harold A. Black, and the late Walter E. Williams have done yeoman’s work in not only demonstrating the weaknesses of public policy in addressing racial justice, but also in exploring the market as a viable alternative to combatting historical oppression. With their new book Black Liberation Through the Marketplace: Hope, Heartbreak and the Promise of America, Rachel Ferguson and Marcus Witcher provide a worthy entrant to this important tradition.

Ferguson, an economic philosopher, and Witcher, a historian, waste little time in establishing their premise. The experience of Black America, they tell us, does not fit neatly into the nation’s political culture, and it is a disservice to everyone involved to continuously attempt to force such a fit. While positing the insights of classical liberals in providing solutions to this seemingly intractable mess, they do not absolve them in contributing to it, writing, “Nor have classical liberals themselves done a great job of communicating with the public how a philosophy that limits government to a defense of individual rights, encourages markets, and values civil society can speak into the lives of Black Americans in a powerful way.”

It is their duty, then, to address these failures by showing instances in which Blacks have been excluded from healthy marketplace activity, how state intervention has often counterintuitively undermined the marginalized groups they were meant to help, and by providing examples of the successes many Black Americans have achieved via the market mechanism.

While social justice is often seen as a pejorative among classical liberal scholars, the authors strive to present a broader definition of social justice that serves to affirm the principles of American federalism, which places the highest value on property rights, freedom of contract, free trade and equal protection under the law. In the first chapter, they note that traditional notions of social justice are generally critiqued as a function of Hayek’s information problem; the reality that knowledge is unevenly dispersed throughout society, rendering central authorities ineffective when it comes to making decisions for the benefit of any particular population subgroup. This led to Hayek’s famous characterization of social justice as a mirage, not because disadvantaged subgroups don’t exist, but because determining the proper distribution of aggregate resources within a largely spontaneous market system is unworkable absent perfect information.

Yet, inequities within the social order exist, and in the chapter critiquing the claims of critical race theory, the authors appeal to Taparelli’s view of social justice. In this view, public policy is directed towards respecting the primacy of subsidiarity, empowering smaller units such as families and communities to make whatever decisions they deem within their best interests, in this way contributing to the order of human flourishing within the confines of the state. In the Taparellian point of view, “Social justice, then, is a just arrangement of the legal and political institutions that allows for human flourishing to emerge…current efforts that fly under…are often too centralized, too directly administrative of marginalized people’s lives, and too focused on generating particular outcomes rather than fixing the government’s failures at its own institutional roots.”

With this in mind, the authors infuse their work with suggestions towards institutional, policy, and legal changes that empower disadvantaged subgroups to work towards their own flourishing within the market mechanism.

A recurring theme throughout the book is the function of economic activity in fostering civil rights and providing a push towards greater equality. Chapter 6 deals specifically with this, expounding on the necessity of Blacks to form their own civil society in the face of codified racism and discrimination. Underpinning the formation of schools, churches, fraternal lodges, antilynching societies and civil rights organizations was the parallel formation of life insurance firms and associations to promote Black businesses. “African Americans,” write Ferguson and Witcher,” formed national associations that tackled racism on a variety of fronts. These organizations, philosophies, and strategies laid the foundation for social and political movements to come. Combined, they created a thick Black civil society that helped Blacks overcome the hardships imposed on them by state-sanctioned segregation…”

The following chapter discusses the positive effects of dispersed benefits, as well as the dispersed costs that resulted from public policies that rose as a reaction to Black flourishing. In many ways, the authors note, social programs such as those of the New Deal were rooted in eugenics.

A vibrant marketplace requires that the minority rights be protected against majoritarian whims, and this guarantee is one of the most basic tenets of classical liberalism. Despite the guiding framework of the American Constitution, the history of the United States is replete with state failures to properly police the rights of subgroups within its purview. Ferguson and Witcher provide several examples of these tragic derelictions of duty, warning the reader that the recounting of these instances is graphic and disturbing. One such case, the Colfax Massacre of Easter Sunday, 1873, saw a disagreement over the results of the Louisiana gubernatorial race turn deadly, resulting in over 100 Black fatalities.

The short version of the incident is that both Republicans and Democrats claimed victory in a race full of fraud and intimidation. Federal intervention was necessary to determine that Republicans were the legitimate victors. Despite the presence of Federal troops in the area, the Black Republicans of Grant Parish worried that conservative Democrats would seize the government and responded to these fears by themselves seizing the Colfax courthouse to ensure that no foolery took place in certifying the Parish’s election results. White Democrats mobilized a large force of their own vigilantes to disperse the Blacks, who responded by building earthworks to withstand a siege. On Easter morning, the whites attacked, driving the opponents from their earthworks with cannon fire, and the massacre was on. This happened despite the presence of the federal troops in the area.

Of course, this review covers only a small section of the material covered by the authors, and hopefully in a manner that illustrates the value of the work to potential readers. As with any multifaceted work that deals with several themes, sometimes the depth of the subjects being discussed suffers, but the authors do a credible job of providing a basis for further exploration on the part of the reader. For instance, while I was intrigued by their treatment of critical race theory, I was somewhat disappointed with its brevity. Nevertheless, that is a minor quibble, as a proper explication of CRT within the viewpoint of classical liberalism would require a volume of its own. Ferguson and Witcher don’t really cover anything new, but they manage to provide a perspective on issues of race often lacking from the classical liberal sphere of thought. While conceding the importance of political society in protecting property rights and freedom of contract, they demonstrate why commercial society is the only true guarantor of the ability of subgroups which don’t fit with the culture of the majority to flourish.

They do this in a manner that is more accessible to those who aren’t economists, political scientists, historians or sociologists than even the great works produced by the likes of Sowell or Williams. They don’t answer all of the questions, because those questions have no easy answers. They do, however, frame what those questions should even be, and provide a pathway to further discovery if the reader wishes to further travel that road. I strongly recommend that this work be added to the reading list of anyone concerned with issues of minority justice and civil rights.

This article, Black Liberation Through the Marketplace: A Review, was originally published by the American Institute for Economic Research and appears here with permission. Please support their efforts.