Black Liberation Through the Marketplace: A Snapshot 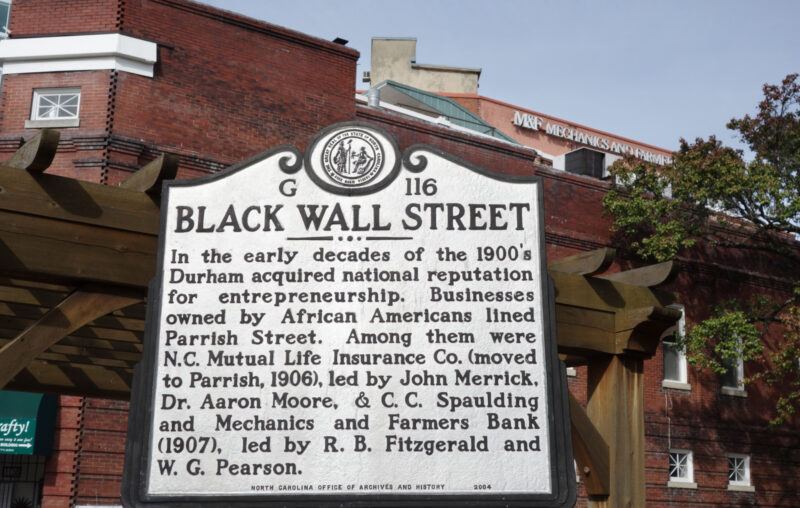 In Black Liberation Through the Marketplace: Hope, Heartbreak, and the Promise of America, we collect classical liberal insights on Black American history as well as recommendations to increase Black flourishing today. We felt deeply the misfortune that the political philosophy which has done the most to increase the material well-being of impoverished people across the globe is not associated in the minds of most Americans with liberation for marginalized groups. From William Lloyd Garrison and his band of free market abolitionists; to Frederick Douglass’s challenge that America “live up to the Constitution;” to Moorfield Storey and Oswald Garrison Villard helping to found the NAACP; to Rose Wilder Lane’s libertarian arguments for Black rights in the Pittsburgh Courier; to Zora Neale Hurston’s passionate individualism, there is a clear line of pro-Black classical liberal thinkers pointing to the unrealized promise of America’s excellent Founding ideals when it came to its Black population.

Our current moment is characterized by political polarization, tribalism, and contempt. Classical liberals are uniquely prepared by their commitment to timeless principles ­— of individual property rights, freedom of contract, and the rule of law, as well as cultural commitments to the appreciation of the entrepreneur and of thick civil society institutions — to affirm what’s right and to criticize the misguided among both conservatives and progressives today.

This anti-tribalist impulse coalesces well with a rumination on Black America, because Black Americans themselves have never fit well into the political categories of the majority culture. As a group constantly obstructed by the legal system and their own neighbors’ prejudices, Black Americans have had to be eminently practical in their politics. As the most religious demographic in the United States, Black Americans tend to be the most centrist members of the Democratic Party. Culturally, Black Americans are highly entrepreneurial, with a majority now solidly middle class despite persistent historic economic barriers. We make a bold case that the classical liberal tradition can give the clearest account of America’s racist history, as well as current policy debacles that have disparate effects on Black Americans. We present a hopeful vision for a prosperous and peaceful future.

We first address the debate between the economists and the historians over the efficiency of slavery. We defend the tradition of Adam Smith and John Stuart Mill, who argued that no economic system that denies one’s property in one’s own body and one’s ability to develop one’s skills or move to where one’s labor is most valued could possibly compete with a market based on free labor. Over and against the claims of the New Historians of Capitalism, we demonstrate the enmity between the practice of slavery and the free market tradition.

Next, we discuss that while abolitionist Founders compromised with slavery to establish the Constitution, the Black pro-Constitutional tradition chose to read the words of the document contractually, holding their country to its promise of legal equality and insisting on their status as citizens. After emancipation, freedmen were hard-pressed on every side. They were thrown into freedom with only their labor for capital and few courts that would honor their rights. However, they had gained one precious thing: the freedom to move. Through movement from the lower South to the upper, and even just the threat of movement from one farm to another, they were able to bid up their crop shares over time. Meanwhile, often through their coordination in churches, freedmen were building schools and universities to train teachers to teach in those schools.

Black economic accomplishments, however, were met with the one vice a truly liberal society cannot abide: envy. While commercial societies rely on the insight that your business success means better and cheaper products for me, the racial hatred that animated many whites overwhelmed even their economic self-interest. The massacres of a highly successful Black population, as we saw in Tulsa in 1921, was just one of many deadly eruptions of envy.

But Black America was not only about oppression. Over the last century of enslavement, both the enslaved and the free Black population were finding a new sense of pride and self-respect from a millennia-old document: the Bible. The Black church became the womb out of which spun the dreams, the music, the schools, the mutual aid societies, and the business networks.

We also tell the long story of civil rights, the one that reaches all the way back to the efforts of Booker T. Washington to build a Black middle and upper class. These were the men and women who financially supported the fight for equal political rights, who became the lawyers, the funders, and the organizers for one of the most sophisticated resistance movements in history.

But the end of Jim Crow only meant the invention of new ways to abrogate Black rights, and this time with the far bigger weapon of massive federal projects. Progressive social engineering reared its ugly head through the Federal Housing Administration’s red-lining policy, but graduated to the construction of the Federal Highway System, and so-called ‘urban renewal,’ Orwellian new-speak for eminent domain abuse, referred to popularly as ‘Negro removal.’

The addition of terrible economic policies and a welfare state arranged according to deeply perverse incentives added to the perfect storm of central planning disasters, grinding decades of astounding Black economic growth to a halt in the early 1970s. After the precipitous drop from 89 percent below the poverty rate in 1940 to 30 percent by 1970, we’ve eked out only another 10 percent drop in the last 50 years, leaving Black Americans at double the proportion in poverty when compared to the white population.

Classical liberals and libertarians have been especially sensitive to issues that disparately affect Black Americans, such as the drug war and the mass incarceration crisis. They’ve been correct, though, to argue for these as American crises, not simply Black ones. To bring down our incarceration numbers, prosecutors don’t need diversity training; they need accountability, non-perverse incentives, and far less arbitrary power.

While in Black Liberation Through the Marketplace we explain to the uninitiated reader well-established classical liberal solutions like economic freedom, educational freedom, and criminal justice reform, we also touch on two less well-known, but vital solutions: transitional justice, and the neighborhood stabilization philanthropic model. In a way, the entire book is an act of transitional justice, a commitment to create institutional memory for the survivors of Jim Crow and the neighborhood-destroying government boondoggles of the 20th century. And it leaves its readers with more than simple knowledge; it challenges them to support the only kind of work that can ultimately heal those neighbors who have been broken and isolated by decades of misguided government policy: the decentralized, humble, hyper-local, long-term, face-to-face work of neighborhood stabilization. While various policy changes are necessary, they’re not sufficient. In the end, healthy communities must be grounded in the love between one individual and another individual, and another, and another…

This article, Black Liberation Through the Marketplace: A Snapshot, was originally published by the American Institute for Economic Research and appears here with permission. Please support their efforts.