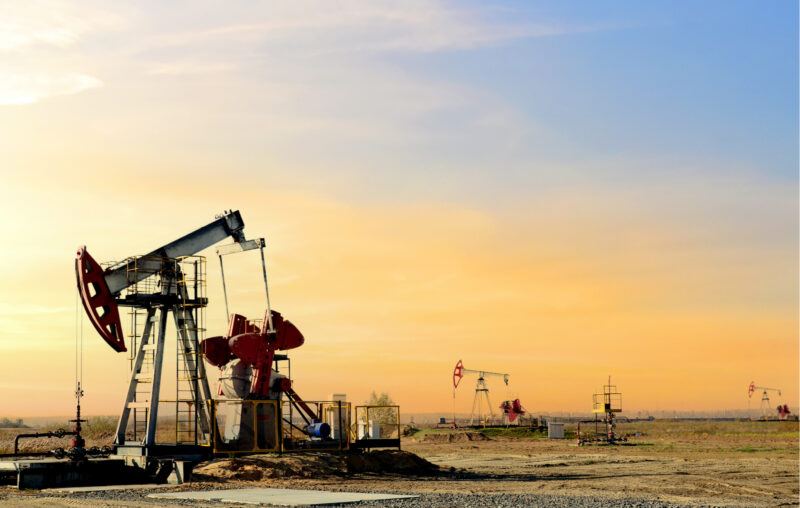 Environmental activists call it a “methane fee.” The energy industry calls it a “natural gas tax.” Either way, energy consumers are likely to feel the effects in their pocketbooks.

The U.S. House of Representatives is expected to vote this week on its version of the budget reconciliation bill — also known as the “Build Back Better” bill — which includes increased fees on methane emissions. Methane is a byproduct of oil and natural gas production, and as a result, the fee would be an increase in the cost of production.

Environmentalists say reducing methane is essential to the fight against climate change. At the COP26 meeting in Scotland last week, the United States announced it will participate in the Global Methane Pledge to cut methane emissions 30 percent by 2030.

“Methane has more than 80 times the warming power of carbon dioxide over the first 20 years after it reaches the atmosphere,” says Environmental Defense Fund (EDF) on its website. “Even though CO2 has a longer-lasting effect, methane sets the pace for warming in the near term.”

As National Geographic reports, “Whereas carbon dioxide persists for centuries, most methane converts to carbon dioxide or gets cycled out of the atmosphere within about a decade.”

And energy producers point to America’s surging costs to heat their homes this winter and the wider inflation problem as evidence that this is the wrong time to add costs to consumers’ utility bills.

“This is nothing more than a tax on natural gas at a time when policymakers should be focused on solutions that support affordable, reliable energy while reducing emissions,” says API Senior Vice President of Policy, Economics and Regulatory Affairs Frank Macchiarola.

“We must continue to drive down methane emissions without adding new burdens on American families and businesses,” added Karen Harbert, President and CEO of the American Gas Association. “Our analysis indicates that the proposed tax could increase natural gas bills from 12 percent to 34 percent, depending on the variation of the proposal assessed.”

Sen. Joe Manchin, a Democrat representing natural-gas producing West Virginia, has been reluctant to support legislation with a tax or fee on methane. As a result, House Democrats have been trying to find ways to change the terminology and get Manchin’s blessing once the bill is approved in the House and sent to the Senate. Democrats’ have a razor-thin majority in both chambers and need the support of every Democrat in the Senate.

Winning over Manchin has not been, and will not be, easy.

“Major oil and gas companies are actively investing in, developing, and using new technologies to detect and repair leaks, which are known to be a public health risk and contribute to climate change,” Manchin said in August 2020.

“The direct regulation of methane by the EPA is the most impactful way to build on the downward trend of methane emission rates in key producing regions rather than a duplicative and punitive natural gas tax that would only hurt American consumers and undermine the economic recovery,” says Macchiarola.

Gordon Tomb, senior adviser to the CO2 Coalition, does not see a need for the regulations.

“Methane makes up a minuscule portion of the atmosphere — less than two parts per million — and together with carbon dioxide contributes an estimated 0.012 degrees C a year — an amount too small to even measure,” says Tomb. “Regulating emissions of either gas has no basis in science and imposes an unnecessary burden on businesses and the people who buy their products.”

And, Tomb added, “When politicians are talking about regulating methane, they are usually talking about taxing methane that gets leaked to the environment during production operations, treating that methane as a pollutant,” says Tomb. “Of course, methane is put into the atmosphere from all kinds of sources, and in the scheme of things the amount in the atmosphere is quite small irrespective of where it is coming from.”

The Marcellus Shale Coalition has also warned that taxes or fees would be bad for everyone.

“Layering more taxes on strongly regulated domestic energy production increases costs for those who produce and rely on these essential resources, with low-and fixed-income families shouldering the disproportionate share of the tax hike,” the group wrote in a September letter that included the Gas & Oil Association of West Virginia and the Ohio Oil & Gas Association.

And while organizations including the Sierra Club say fossil fuel organizations do not care about the environment, Marcellus Shale Coalition begs to differ.

“Our members are fully committed to improving air quality and further reducing all emission sources, particularly methane since it is the very product we sell, through leveraging best available technologies and practices.”