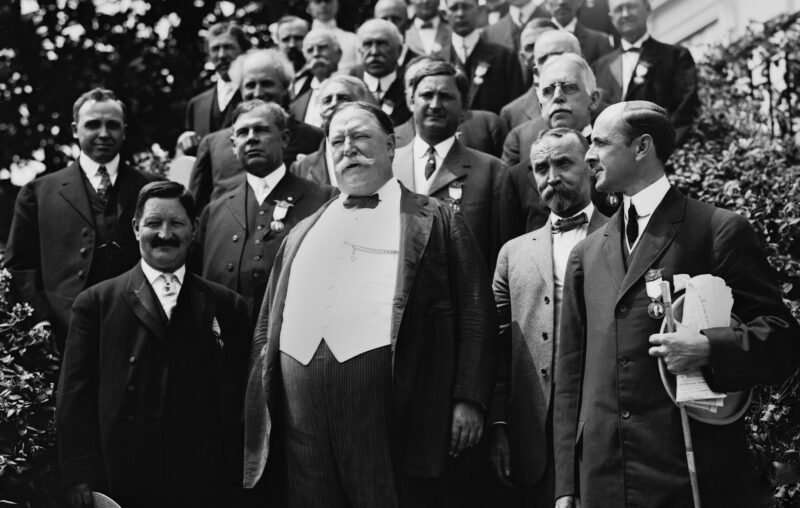 At one time, progressive historians depicted the 1920s as a reactionary decade. In their whig (or anti-whig) interpretation of history, the era interrupted the onward march toward the modern national welfare state, dismissed as a caesura between Woodrow Wilson’s New Freedom and Franklin D. Roosevelt’s New Deal. Since about the 1960s, academic historians have changed their narrative, instead stressing the maintenance and even extension of progressive statism across the 1920s. In his story of the frustrated effort of Republican progressives in the 1920s, Jesse Tarbert adds to this revision. However, his new book, When Good Government Meant Big Government, contributes a little more than the evidence can bear. He exaggerates the progressiveness of his protagonists, overplays the race card, and neglects important constitutional issues.

Tarbert tells the story of a group that he calls “elite reformers,” predominantly Republican progressives associated with the Wall Street (as opposed to the midwestern Main Street) wing of the party. Henry Stimson, William Howard Taft, Elihu Root, and Felix Frankfurter all came out of the late 19th-century civil service (or “good government”) movement, and now sought to make the federal government more effective and efficient by applying the methods of the modern business corporation to its operations. Tarbert focuses on three issues: the executive budget, executive branch reorganization, and anti-lynching legislation. The last might seem like a curious choice, but Tarbert explains that the elite reformers saw lynching as an example of lawlessness and thus an inept state. However, the choice of these particular issues is indeed one of the analytical weaknesses of the book.

Tarbert’s title is more than a little misleading. These reformers were not really pursuing “big government” in the post-New-Deal sense of the term. They did propose to extend federal power into new fields like education and welfare, radio and air transport, but these were extremely slight proposals and (except for radio) came nowhere close to enactment. (Indeed, one of these small programs, the Sheppard-Towner “maternity act” for mothers and infants, was phased out by Congress after a final two-year extension in 1927.) More often than not, they had to emphasize “economy”—the money saved by reform—rather than the more “efficient” provision of an ever-greater number of government benefits. Tarbert does rightly make this point repeatedly—that the reformers were forced by political considerations to emphasize frugality.

Tarbert covers the period from 1913 to 1933. One of the earliest surprises is the extremely low profile of Woodrow Wilson, who wrote the first academic analysis of the administrative state (“The Study of Administration,” in the second volume of the American Political Science Review in 1887), and who is widely regarded as one of the founders of modern liberalism. Tarbert notes that the elite reformers considered Wilson a foe of good government. Most of the new federal posts created by New Freedom programs were not “classified,” in the sense of being merit-selected and tenured under the civil service acts. He expressed no interest in making permanent the wartime Overman Act, which gave the President carte blanche to reorganize the federal government. Tarbert argues that Wilson was more interested in dismantling than extending the mighty statism that the war had produced. Federal anti-lynching legislation would not be a high priority for this segregationist President, or for the white supremacists who now chaired all of the important congressional committees. Indeed, Wilson uncharacteristically required fourth-class postmasters to pass a civil service exam, mainly so that he could oust black Republicans in the South. (He did so, ironically enough, via Executive Order number 1776.)

That brings us to the key point in Tarbert’s story: the elite reformers were foiled by a coalition of “southern racists and western white nationalists” who feared that greater federal power would upset white supremacy and nativism. In what is becoming a numbing mantra in the academic world, he concludes that “racism had been a persistent and omnipresent force in American history,” affecting even apparently unrelated, technical-bureaucratic matters like budgeting and executive branch structure. This claim is significantly more than the evidence will bear. In this sense, Tarbert offers not exactly the 1619 Project, but something akin to a Jazz Age version of Thomas and Mary Edsall’s Chain Reaction: The Impact of Race, Rights, and Taxes on American Politics.

Even more surprising than the sidelining of Woodrow Wilson is the central role played by Warren G. Harding. The above-mentioned revisionist historians have clearly shown that Herbert Hoover was a dyed-in-the-wool progressive, but enlisting Harding and Coolidge in the progressive cause is quite a stretch. Harding’s campaign slogan, “more business in government and less government in business,” hardly suggests that he was leading a charge for “big government.”

Tarbert focuses on Harding’s support for the Dyer anti-lynching bill, named for Missouri’s Republican representative, Leonidas Dyer. World War One had begun the “Great Migration” of African-Americans into northern cities. This provoked a number of frightful race riots and an increase in lynching, which had been declining since the 1890s. Despite overwhelming Republican majorities in both houses of Congress, southern Democrats were able to filibuster it to death under the 2/3 cloture rule. Tarbert claims that they got help from western “white nationalist” Republicans, who sought immigration restriction. (The Democratic party had traditionally been pro-immigration.) These groups then dug in their heels about other federal-enhancement measures, though Harding did win an important executive budget act in 1921.

Tarbert makes an interesting argument that some of the notorious scandals associated with the Harding administration (particularly that of the Veterans Bureau) were ginned up to block his progressive agenda. If the Bourbons supported immigration restriction to defeat anti-lynching legislation, they made a very bad bargain (assuming that their goal was to maintain the status quo). The planters needed exploitable black labor, but lynching was an important push-factor abetting the Great Migration. Cutting off the European labor supply was a major pull-factor, opening opportunities for African-Americans in the North. In the long run, the Great Migration forced Northerners to address the race problem, which had heretofore a distinctly southern problem, easy for them to ignore.

The identity politics of the 1920s were complex. For example, the administration had to abjure any intention to interfere with segregation in southern schools if federal aid to education was to have any chance. Thus, the NAACP opposed the effort. American Catholics also balked (as they did on the campaign to abolish child labor by constitutional amendment), fearing the native-Protestant assimilation motives of the reformers. As Chief Justice, William Howard Taft, was aware that the Republican Court could gain electoral benefits by protecting the civil liberties of racial and ethnic minorities, as when it struck down Oregon’s Klan-sponsored act outlawing private schooling. As Tarbert points out, the defeat of the Dyer anti-lynching bill was quickly followed by the first Supreme Court decision to promote fair trial procedure (Moore v. Dempsey, 1923), which caused civil rights groups to shift from a legislative to a judicial approach to desegregation.

White supremacy has long been known to have been an impediment to big government. Segregationists feared that any extension of federal capacity might end up enabling it to meddle with their racial order. As John C. Calhoun said in 1830, his attempt to “nullify” the 1828 protective tariff was “the occasion, rather than the real cause of the present unhappy state of things.” If the Constitution could be interpreted to permit this tariff, it could be interpreted to permit abolition. This association of “states rights” and segregation is one of the principal reasons for the discrediting of federalism, which was the most important structural feature of the Constitution.

Tarbert does not take constitutional principles seriously, almost always dismissing them as pretexts for hidebound opposition to reform. But one should be struck by one rather obvious problem: the reformers’ constant, unreflective repetition of the analogy of the federal government and the modern business corporation. Tarbert quotes at least one congressman who asked, “Do you know of any business organization that has three heads?” The Constitution did impose significant obstacles to big government—it was meant to. Thus, progressives needed to find a new model, beginning with Wilson’s organic, body-not-a-machine, Darwin-not-Newton model of the “living constitution.”

Tarbert’s tale ends in 1933, but one imagines that the theme would carry through the depression decade. The New Deal did finally succeed in establishing a centralized bureaucratic state, but this breakthrough was only possible when southerners and westerners were confident that Franklin D. Roosevelt would not threaten the racial order as a Republican might. Although southern Senators were more supportive than their fellows of Roosevelt’s plan to “pack” the Court in 1937, some of them (like Carter Glass) were concerned that the measure might undermine the Court, which they viewed as an aid to white supremacy. This opposition helped scuttle Roosevelt’s concurrent effort to establish stronger presidential control of the sprawling administrative state proposed by the Brownlow Committee. We continue to have a makeshift, haphazard, duplicative, inefficient national state. But perhaps that has been a blessing, as we are reminded in the old joke, “Thank God we don’t get all the government we pay for.”

Tarbert is inattentive to the constitutional issues of the administrative state, but his story does support the “neo-orthodox” view of its rise. Progressive reformers were aware that the Founders’ constitution and the modern bureaucratic state were not compatible. (Tarbert calls the post-New Deal state “a belated attempt to rectify one key aspect of American exceptionalism.”) This contrasts with the “revisionist” school, exemplified in scholars like Jerry Mashaw, Michael Novak, Julian Davis Mortenson, and Nicholas Bagley (and going back to Paul Van Riper, who called it “an unorthodox view”), that the Founders (especially Hamilton) had planned for such a state, or that we actually had such a state, and that historians (mostly soi-disant) are only now recovering its “lost history.” For all its shortcomings, Talbert’s story has many interesting insights, and he is at least historian enough not to abet the revisionist attempt to concoct a “usable past” to legitimize the administrative state.

This article, Building Uncle Sam, Inc., was originally published by the American Institute for Economic Research and appears here with permission. Please support their efforts.

Over 400,000 High-Priority Incidents In Chicago In 2021 Had 'No Police Available To Send', New Data Shows