Can the Biden Administration Censor the Internet Through Private Companies? 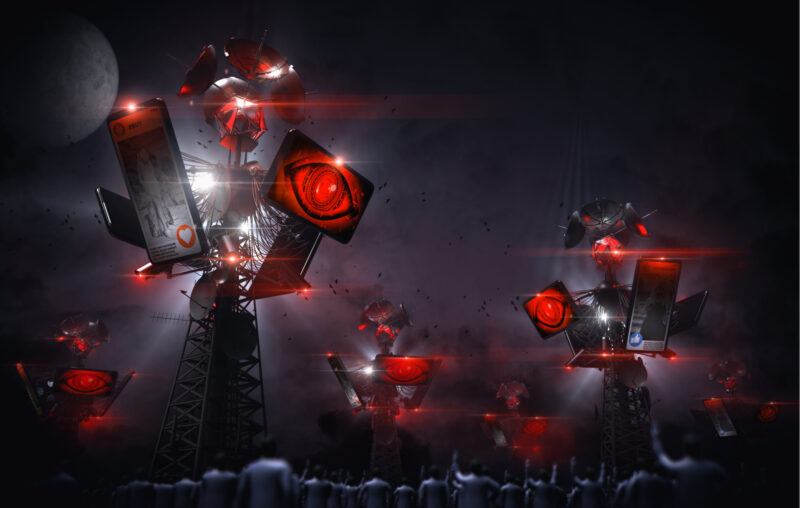 Misinformation has become one of the most abused words in contemporary dialogue. Any reasonable person should immediately raise red flags when someone shows concern to regulate “misinformation” as they are likely referring to simple narratives and content that they don’t like. This is why we should all be extremely concerned about the recent sentiments espoused by the Biden Administration to not only focus on misinformation but police it.

In particular, Press Secretary Jen Psaki stated that private companies like Facebook should do more to shut down “misinformation.” Not only does that risk opening up a slippery slope to even greater discretion for censorship down the line, but it raises potential constitutional questions and is by no means an appropriate area of intervention for the government.

Online media services like Facebook and Twitter are protected from civil lawsuits on content moderation by Section 230 of the Communications Decency Act of 1996. The law was enacted with the purpose of allowing the internet sector to grow into a diverse and competitive market without being held back by constant lawsuits over content. It keeps the blame on the original author rather than the service merely acting as a platform or publisher. At the same time, it also allows firms to moderate content largely to their own discretion. Section 230 explicitly shields actors from civil liability for

“(A)ny action voluntarily taken in good faith to restrict access to or availability of material that the provider or user considers to be obscene, lewd, lascivious, filthy, excessively violent, harassing, or otherwise objectionable, whether or not such material is constitutionally protected.”

Of course, while good faith and otherwise objectionable means is another debate, it has largely been interpreted to give interactive computer services near full discretion over content moderation. This may or may not change as lawsuits and reform efforts gain traction.

Asking Facebook and other social media companies to police “misinformation” can be theoretically challenged as unconstitutional under the state action requirement. Cornell Law explains,

“According to the Supreme Court in Edmonson v. Leesville Concrete Co., Inc., 500 U.S. 614 (1991), “Although the conduct of private parties lies beyond the Constitution’s scope in most instances, governmental authority may dominate an activity to such an extent that its participants must be deemed to act with the authority of the government and, as a result, be subject to constitutional constraints.””

The Court came to a similar conclusion in Norwood V. Harrison (1973), where it found that a Mississippi state program providing subsidized textbooks to a private school that engaged in discrimination to be unconstitutional. Supporting the discriminatory private school with public resources consequently categorized it as a state actor and therefore mandated that it follow the 14th Amendment requiring equal protection.

If the government can be shown to be sufficiently colluding with or coercing a private institution, the institution’s actions must follow the Constitution. This prevents the government from simply using a private actor for accomplishing otherwise unconstitutional ends. Although there has yet to be a successful lawsuit against social media companies with this argument, that may also be because there has never been as explicit of an edict from the state until now.

In the case of Facebook and Twitter, many have made the argument that their close interactions with the government and the constant threats they receive from lawmakers to regulate them more harshly cross the threshold into state action. In other words, Big Tech companies may be policing speech on behalf of the government either because they are actively colluding for self-benefit or they are being intimidated into doing so.

This is what makes the Biden Administration’s comments so concerning, because they could be skirting perilously close if not crossing the threshold into state action. Of course, there would need to be investigations to assess whether the companies simply agree with the government or that they truly are being coerced or incentivized to censor content.

Given the novelty of Section 230-related litigation, all of which has failed, this issue is truly threading the needle between the protections to service provider discretion and the just constraints on the government to use private actors as extensions of itself.

What the Biden Administration is suggesting social media companies do is worrying. For one, it is giving fuel to the flawed constitutional argument that Trump and other Big Tech skeptics are making. This is that Section 230 was crafted with the intention to allow the government to censor online speech through private companies and is, therefore, a First Amendment violation.

The idea that Section 230 is unconstitutional for this reason is flawed because it was ratified at a time when social media as we know it did not exist. Furthermore, the context surrounding its conception clearly indicates that it was intended to make the internet more dynamic. It cannot be reasonably assumed that its crafters wished to police online speech that they never would have anticipated even being relevant.

Of course, the Biden Administration is doing a good job at making this flawed theory more plausible with its actions today.

It is also simply against the ethos of science and open discourse to be calling for the suppression of ideas regarding medicine, or really anything short of disruptive calls for violence and obscenity. The best test for an idea is to be put to trial in the open marketplace. If the Biden Administration cannot convince enough people about its stance on vaccines, it must do better in making its case, not censoring what it doesn’t like. Not only does censorship lower the quality of discourse but it makes everybody suspicious. Furthermore, judging by the actions of our neighbors to the north in Canada, which is censoring doctors who question any of the state’s positions, it would not be absurd to believe that such a backslide could happen here.

Finally, there is the blunt truth that the Biden Administration, and really the vast majority of public servants from the former Trump Administration to state governments, have lost their credibility on science. Of course, they deserve slack in the sense that Covid-19 and the public health policies they attempted to use are all novel. At the same time, they also deserve zero authority on what is and what is not “the science.” Not just because nobody really understands fully what’s going on because we’re learning as we go, but also because people like Dr. Fauci have flip-flopped on so many issues. Dr. Fauci has all the right to be as inconsistent or consistent as he wishes, but we shouldn’t uphold his, or any individual’s opinion, as “the science.”

More discourse and debate, not less, will allow the best ideas to come forward while also protecting people’s freedom from the arbitrary will of hastily assembled orthodoxies. At the end of the day, people should largely be able to make voluntary decisions on their own based on the quality of the arguments they are hearing. Censorship is intellectual cowardice as well as textbook tyranny.

Perhaps things may have turned out better if we had more discourse, not less, in response to Covid-19.

The concerning statements from the White House suggesting that social media companies should do more to police “misinformation” is concerning in two basic ways. The first being that the constitutionality is dubious, as the edict raises questions about state action through private actors. The second concern stands regardless of the constitutionality question. This is that our government has truly lost any credibility to not only be trusted with the responsible use of power but also to be a reliable moderator of public health discourse or any conversation for that matter.

This article, Can the Biden Administration Censor the Internet Through Private Companies?, was originally published by the American Institute for Economic Research and appears here with permission. Please support their efforts.