Can We Teach the “Federalist Papers” Today? 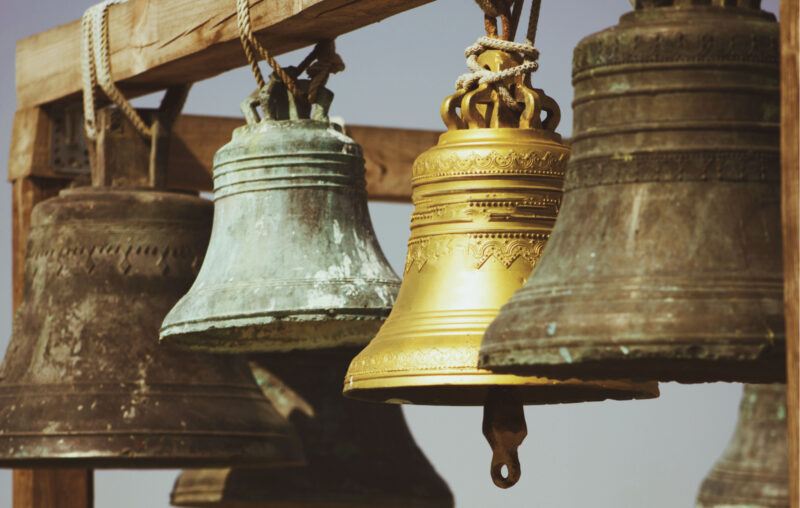 Reprinted from The Constitutionalist

Over the years I have taught the Federalist Papers more times than I can count and it has always been a challenge. This is not due to the inherent difficulty of the text, although its language and arguments are often demanding, but because students believe they already know what the book is about before they even open it. They know, perhaps, that it contains eighty-five articles written by James Madison, Alexander Hamilton, and John Jay – known collectively as Publius — designed to persuade the ratifying convention of New York state to support the new Constitution. But what they don’t know and it seems increasingly difficult to convey is the truly revolutionary nature of the book itself. Far from being simply an occasional document written for the limited purposes of securing ratification of the new Constitution, the Federalist Papers initiated nothing less than a revolution in political thought.

The Federalist Papers changed our understanding of government in three decisive ways. First, it offered a defense of what was truly a first in political history; namely, a written Constitution. The closest model to our own, the British constitution, consisted of the ancient body of common law stretching back to the Norman Conquest but not something codified in a single document or text. Today, of course, written constitutions are the norm but in the eighteenth century this was unheard of.

It is the very ubiquity of written constitutions that has overshadowed the uniqueness of the Federalist’s achievement. As these constitutions have proliferated, so too have their claims. The Soviet Constitution of 1936 enumerated a basket of economic rights not found in the Western democracies. The UN Charter of 1945 promised certain social and cultural rights previously unknown in history. And the EU Constitution – all 235 pages of it – comprises a contradictory bundle of claims on behalf of social justice, universal health care, and full employment that go far beyond any country’s capacity. There is an ever-widening gap between what these constitutions promise and the political reality they profess to describe.

Second, Publius fundamentally redefined what it meant to be (or to have) a republican form of government. In the past, republics were deemed possible only in small rustic outposts like Switzerland or the city-states of northern Italy. The Constitution’s opponents repeatedly cited the authority of Montesquieu’s Spirit of the Laws to argue that a vast territory of the kind imagined by the framers would inevitably slide into monarchy or even despotism. In a large state, the center of government must of necessity be distant and removed from the people it is supposed to represent.

Furthermore, there was the assumption that any people who were to govern themselves must be relatively homogenous in terms of their manners, habits, and customs. A republic is not only a set of institutions but represents an ethos, a shared way of life, that is only possible among people with common moral habits and dispositions. Large states produce luxury, a term that for much of the eighteenth-century was synonymous with inequality and corruption. Only small states were likely to produce a society where there were no extremes of wealth, influence, or education, that produced the kind of moderation – some would call it mediocrity — necessary for a simple, sturdy, and virtuous people.  The small republic was regarded as a school of citizenship as much as a plan for government.

The Federalist authors completely overturned these previous assumptions. They were the first to propose a large extended republic composed of diverse factions and interests with representative institutions designed to create the requisite checks and balances on power. This was nothing short of a new definition of republicanism that had no previous model to which it might refer. This idea of a republic extensive enough to ensure the multiplicity of competing interests found in large states but without the disadvantages of the concentration of power into the hands of a distant ruler was a first in the history of political theory. This has rightly been called the “Madisonian Moment.”

From its beginnings, the Madisonian republic was to be an unabashedly bourgeois republic based upon the rights of property and the protection of individual liberty. The task of government would not impose impossibly high standards of justice and morality – the ends, for example, of Plato’s Republic — but control the dangers of faction and conflict arising from the diversity of different kinds of property.  The task of statesmanship in the modern commercial republic would not be to abolish or eliminate factions but to manage the differences between them. “The regulation of these various and interfering interests,” Madison wrote in Federalist #10, “forms the principal task of modern legislation.”

This in turn led to the third great innovation proposed by the Federalist Papers; namely, the principle of representation.  According to Hamilton, the principle of representation – along with checks and balances and judicial tenure for good behavior — marks one of the great discoveries of modern political science.  This led in turn to a distinction between democracies that were based on the direct rule of the people and republics that were governed indirectly through representatives.  Democracies, Madison wrote, have “ever been spectacles of turbulence and contention, have ever been found incompatible with personal security or the rights of property.”  The purpose of representation, by contrast, was “to refine and enlarge the public views by passing them through the medium of a chosen body of citizens.”  Representation would act like the process of smelting where the gold is extracted from the dross.

The question of exactly who could represent whom was the explicit theme of Federalist #35.  Building on Madison’s sociology of different kinds of property, Hamilton divided society into two broad economic classes that he describes as the interests of the manufacturers and the mechanics on the one side and the interests of landowners on the other.  The mechanics and manufacturers, he says, will find their natural patron in the wealthy merchant just as the various landowners will find their patron in the wealthier landlords.  Standing between these two will be the group that Hamilton believes to be their “natural arbiter,” namely those of “the learned professions,” who through education and enlightenment will have a broader and more impartial grasp of the whole. By the learned professions, Hamilton meant mainly lawyers. It would be through their talents and demonstrated abilities that this class will attract the “sympathy” of its constituents. This passage expressed Hamilton’s hope – at best only partially realized — for reconciling popular government with something like liberal education.

The Federalist Papers have been remarkably successful in defining the terms of modern republican government. They instituted nothing short of a conceptual revolution in political thought.  A republic – or what we call democracy today — has become largely what Publius said it was. And yet many today are extremely disaffected with the representative republic. It has long been a complaint that our representative institutions are remote and unresponsive. Some even believe that we are experiencing a crisis of representation that requires new forms of direct political participation. Experiments with mini-publics, crowdsourcing techniques, and sortition are some of the more extreme solutions being offered.

The critique of the Federalist Papers comes today mainly from two sources. Those on the left complain that the commercial republic favors the interests of the wealthy and does not do enough to redistribute wealth downwards. They have a point. The Federalist authors did not aim to eliminate classes and redistribute wealth. Publius’s goal was not to abolish classes but to represent them. The American founding was both more modest and more successful than later revolutions – the French, the Russian – that claimed to remake society from the ground up. The American founders rejected not only ancient egalitarianism represented by Sparta but also implicitly later experiments in socialism. The Marxist critique of the American founding was correct.  It aimed only at a political revolution, not a social one. It is difficult in today’s environment to show how Publius’s goal was actually an act of heroic self-restraint that they hoped would be a guide to future statesmen.

Critics on the right have complained that the Madisonian republic is not sufficiently attentive to the claims of civic virtue – the forms of “social capital” – that make for a healthy moral climate. No regime, especially a republic, can afford to be indifferent to the character of its citizens. The problem facing the Madisonian republic is whether there remained any room left for such traditional republican themes as equality, virtue, and the common good. There is an almost complete silence about religion and religious education in the Federalist Papers which was then (and probably still remains) the primary source of moral instruction for most people. Was this an oversight? It seems likely that the Federalist authors simply took for granted that religious education would remain the primary form of instruction, but this is certainly no longer the case today. It raises the question of whether a republican form of government can be sustained on the principles of individualism and the pursuit of interest that are at the core of modern capitalist economic systems?

The question is whether teaching the Federalist Papers can be rescued today.  Students are more likely to be attuned to the failings of the American founders than by their success. The fact that many of the Constitution’s signers were slave owners and the document itself is silent on slavery will be taken as evidence of a malign intent. Recent attempts by scholars to put the American founding in a “global” context have the effect of diminishing the sheer novelty and iconoclasm of the founding moment.  Perhaps most tellingly, the virtues of a bourgeois republic – honesty, compromise, tolerance, and fair-dealing – seem pale in comparison to the demands for social justice here and now.  As a student of mine once said, “I need something to help me get up in the morning.”

There is no simple answer to these objections except to return again and again to the text. If, however, the defense of the bourgeois democratic order against a rising wave of autocracy is not enough to get one out of bed, I don’t know what is.

This article, Can We Teach the “Federalist Papers” Today?, was originally published by the American Institute for Economic Research and appears here with permission. Please support their efforts.