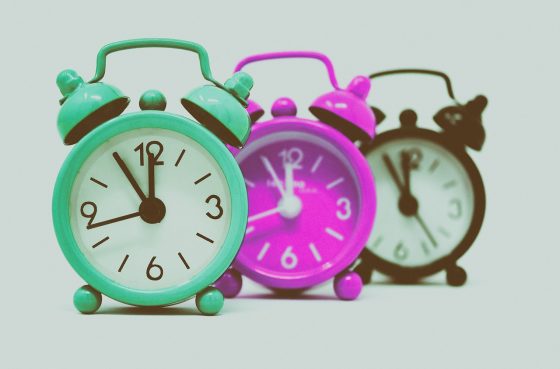 This is what the early chapters of an inflationary meltdown look like.  Last week, we were informed that “consumer prices were 7.9% higher in February than a year ago”, and that was being touted as the highest figure “in 40 years”.  Of course those that follow my website on a regular basis already know that the reality is much worse than that.  If the inflation rate was still calculated the way that it was back in 1980, it would be over 15 percent right now.  We are already experiencing the sort of painful inflation that Americans were forced to endure during the Jimmy Carter era of the 1970s, and now the war in Ukraine is going to completely change the game moving forward.

Last week, the average price of a gallon of gasoline in the United States rose 13 percent, and since this time last year it is up 38 percent.

And now that the war in Ukraine is shifting the global energy crisis into overdrive, Americans are going to be feeling the pain of higher energy prices in a whole host of different ways…

Americans are facing sticker shock at gas stations across the country, but surging global energy costs are rippling through the economy in other ways, too: Airlines are scaling back on flights. Truckers are adding fuel surcharges. And lawn care companies and mobile dog groomers are upping their service fees.

One trucking company executive that was asked about this said that he has “never seen prices jump this high, this fast”…

“Customers really don’t want to hear it, but fuel prices are going through the roof so we’re having to charge more,” said John Migliorini, vice president of Lakeville Trucking in Rochester, N.Y., where diesel costs have nearly doubled to about $400,000 a month. “What choice do we have? I’ve never seen prices jump this high, this fast.”

And he is exactly correct.

Ever since the full-blown invasion of Ukraine was launched on February 24th, we have seen prices spiral out of control all over the country.

Joe Biden knows that the American people are getting restless, and he is trying to pin the blame for our inflation nightmare on Vladimir Putin.

But Vladimir Putin didn’t borrow and spend trillions upon trillions of dollars that we did not have over the last two years.

Our leaders in Washington did that.

And Vladimir Putin didn’t create trillions upon trillions of fresh dollars out of thin air and use them to prop up our financial system.

The Federal Reserve did that.

In fact, the UN is now warning that global food prices could soon jump by as much as 22 percent “above their already elevated levels”…

With dozens of countries around the world relying heavily on both Ukraine and Russia for food supplies, the United Nations warned Friday, the ongoing war is likely to significantly drive up global food prices and worsen malnourishment in the Global South. With both Ukraine and Russia’s ability to produce and export food uncertain, a global supply gap “could push up international food and feed prices by 8% to 22% above their already elevated levels,” said the U.N. Food and Agriculture Organization (FAO).

Two weeks into Russia’s invasion of Ukraine, which has killed more than 560 civilians and forced more than 2.5 million people to flee the country, FAO said up to 30% of Ukrainian wheat fields will not be harvested in the 2022 to 2023 season due to the violence.

For the billions that are already living in poverty all over the planet, that is really, really bad news.

Here in the United States, one Oklahoma farmer told Laura Ingraham of Fox News that we are “going to get hit on every front”…

“We’re going to get hit on every front, on every expense possible,” Oklahoma farmer Ben Neal told Ingraham, “From fertilizers to fuel to labor, insurance – everything in between [including] our packing supplies.”

Neal’s farm operates on a farm-to-market business model, so he has direct fuel costs for transportation. But every farmer essentially faces the same thing – crops need to be transported to processors and final markets and there are increasing fuel costs to power the trucks, trains, barges and ships that make that happen.

In other words, groceries are going to be getting more expensive.

Meanwhile, our economic war with Russia continues to escalate.

Over the past few weeks, the U.S. has hit the Russians with a slew of economic sanctions, and without a doubt those sanctions are really starting to hurt…

European energy is only one part of the sanctions piece. Financially Europe and the US have frozen deposits of euros, dollars and sterling held by Russia’s central bank, cutting Russia off from a large part of its net reserves. In manufactured goods Russia is now isolated from spare parts supplies for Boeing and Airbus aircraft and for almost every private car in Russia. Russia is also cut off from new supplies of servers (cloud computing cannot expand capacity), software and a range of high-end chips which Russia cannot yet manufacture.

Some commercial software (particularly in the oil and gas industry) only operates with regular provision of unlock keys, which will not now arrive. Some millions of Russian employees of Western companies are now functionally unemployed, while all Russians are now cut off from travel to Europe and North America. Imports of western goods of all kinds to Russia are now stalled for lack of sanctioned shipping, while exports of oil and metals are under threat from sanctions on shipowners.

The Russian economy will never be the same after this.

We have already been suffering through a pretty painful chip shortage for the last two years, and now the war in Ukraine threatens to take it to an entirely new level…

The ongoing geopolitical tussle between Russia and Ukraine is likely to have another casualty – the semiconductor chip. Palladium and neon are two resources that are key to the production of semiconductor chips.

Given that Russia supplies over 40 percent of the world’s supply of palladium and Ukraine produces 70 percent of the global supply of neon, we can expect the global chip shortage to worsen should the military conflict persist, Tim Uy, of Moody’s Analytics wrote in a recent report.

It would be difficult to overstate the seriousness of what we are potentially facing.

Almost every industry in America relies on equipment that contains computer chips.

So what will our economy look like if the chip shortage becomes extremely severe?

And this is just one way out of hundreds that our economic war with Russia is going to hurt us.

Most Americans simply do not understand how horrible things will become if this thing stretches on for an extended period of time.

We should be hoping for peace, but instead most prominent voices seem to want to escalate matters with Russia even more.

What we are watching play out right in front of our eyes should sadden us all, because there will be no going back after this.