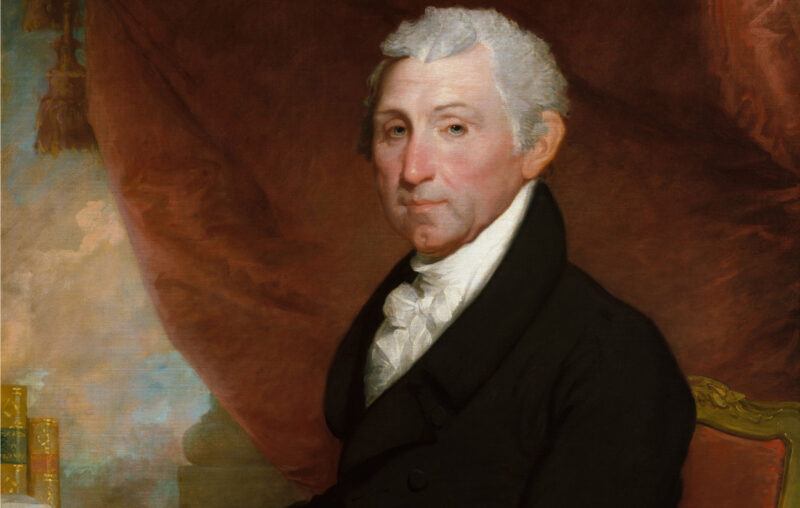 Nearly two centuries ago, President James Monroe ordered the world’s powers to stay out of the Western Hemisphere. The still young American republic, which lacked a serious navy or army, thereby compounded the hubris of its earlier claim to be creating a novus ordo seclorum, or new order for the ages.

Although among the states targeted by Monroe, the United Kingdom turned out to be America’s greatest ally in deterring intervention by other powers. London had the world’s finest navy and wasn’t inclined to encourage competing powers’ imperial ambitions. Moreover, Latin America never was an arena of great power conflict. The European wars after Napoleon’s defeat focused on Europe, not more distant colonial territories.

In its naked form, the Monroe Doctrine was shamelessly self-interested. Said Monroe: “We owe it, therefore, to candor and to the amicable relations existing between the United States and those powers to declare that we should consider any attempt on their part to extend their system to any portion of this hemisphere as dangerous to our peace and safety.” Notably, the U.S. was little concerned about the “peace and safety” of other residents of the region.

Franklin Delano Roosevelt claimed to change direction with the Good Neighbor policy, which emphasized nonintervention and noninterference. However, that pretense did not long survive. During the Cold War the US was active, militarily as well as economically and politically, throughout Latin America. Officially, little has changed since.

Although Secretary of State John Kerry announced the doctrine’s death, his successor, Rex Tillerson, revived it, proclaiming that it “is as relevant today, as it was the day it was written.” The Trump administration made Cuba and Venezuela special targets. Ever provocative, in announcing new economic sanctions against Nicaragua, Venezuela, and Cuba National Security Adviser John Bolton told a Bay of Pigs veterans’ group that “Today, we proudly proclaim for all to hear: the Monroe Doctrine is alive and well.” His meaning was clear: Washington would act as it wished irrespective of others’ interests.

Makes you wonder, observed Sempa: “What happened to the Monroe Doctrine?”

In subsequent years Washington’s growing reluctance to use overt military intervention limited America’s ability to enforce its will. Hugo Chavez took control in Venezuela in 1999 and his successor remains in charge despite manifold US political and economic interventions. Left-wing governments at odds with America have been elected in Argentina, Brazil, Peru, Ecuador, Nicaragua, Chile, and even Mexico. Washington sometimes challenges these governments and supports their internal opponents, but without force cannot ensure regime change. President Trump proposed taking military action against Venezuela but found no support in the region, even among friendly governments.

Two major factors undermine the Monroe Doctrine today. Both are well illustrated by the role of China, targeted by Sempa.

First is principle. Washington officials have piously circled the globe declaiming against spheres of influence. Victoria Nuland, then assistant secretary of state, who in 2014 traveled to Kyiv to ostentatiously promote a street putsch against the elected government and promote the elevation of officials friendly to America, sharply criticized Russia’s “aspiration to restore past Soviet glory and reestablish spheres of influence in its neighborhood.” Second is pragmatism. Sempa, upset that the US doesn’t exclude China from Latin America, complains that Beijing is promoting “its own version of the Monroe Doctrine in the South China Sea; that’s what the nine-dash line, the creation of military-capable islands, the growth of the PLA Navy, and the impending annexation of Taiwan are all about.”

Opposition to spheres of influence has been the mantra of the US government as long as it was powerful enough to assert itself in other nations’ neighborhoods. Washington officials were never against intervention or interference. They were only against intervention or interference by anyone other than a loyal US ally acting under Washington’s direction. Thus, American policymakers today solemnly intone that Ukraine, Georgia, Taiwan, and whatever other threatened country – outside of America’s neighborhood, anyway – has the right to choose its own future, free of outside interference. However reasonable this may sound, it is hard to square with Americans warning other states to respect the Monroe Doctrine.

Even worse is the practical problem. If Washington policymakers gave up attempting to square the rhetorical circle and unashamedly sought to impose US commercial and security rule in the Western Hemisphere, then what? Precisely how would Washington push the PRC out of Latin America?

Making an unsupported demand would be admitting failure. Imposing trade penalties would be counterproductive. Applying sanctions would be overwrought. Invading militarily would indicate that Uncle Sam had lost his mind.

If Latin American nations desire Chinese investment and trade, or Chinese military contacts, what can Washington do? Of course, the US decries the economic terms offered by Beijing – after spending decades promoting promiscuous lending by multilateral development banks that underwrote collectivist economics and autocratic politics. However, if borrowers are satisfied, what claim does Washington have? Similarly, what if nearby governments believe they benefit from Chinese military training or exercises despite US arguments to the contrary?

Enforcing a sphere of influence isn’t easy these days. Americans have no obvious way to cleanse Latin American markets of Chinese money and products. Urging Latin Americans to pay more for less would be a lost cause. If Washington had an effective commercial weapon against China, policymakers would have deployed it years ago in the domestic US market. And imagine announcing that trading with the PRC was a casus belli. As for Chinese military activity, it does not threaten America. The US retains overwhelming local superiority and doesn’t even have a good pretext to prevent other militaries from peacefully entering the region.

In short, when it comes to the Monroe Doctrine, despite the last administration’s claims, America is a paper tiger. The US is well able to protect itself from any serious threats that might emerge. However, Washington cannot prevent its neighbors from making their own choices and creating relationships with whoever they wish, including America’s potential adversaries.

Washington will always have a special interest in its neighbors’ affairs. There’s nothing unnatural or harmful in being concerned about one’s own region. And the US always should be prepared to defend itself against any (highly unlikely) threats therein. However, the old imperial age is over. As America denounces spheres of influence abroad, it is more difficult to flaunt the Monroe Doctrine at home.

This article, China and the Monroe Doctrine: What’s Good for the Goose Is Good for the Gander?, was originally published by the American Institute for Economic Research and appears here with permission. Please support their efforts.

From Founders To Authors And Editors, Meet The 30 Under 30 Driving Media Forward