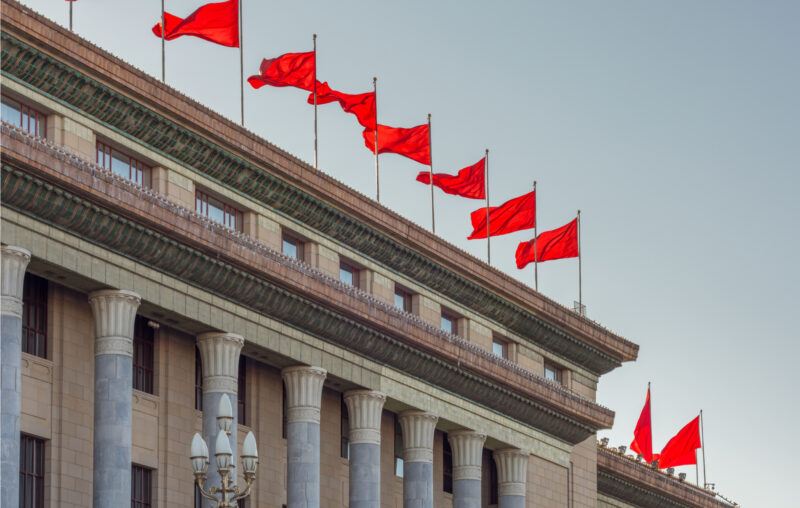 As China’s economy modernizes, Beijing is revamping its competition regulations to reflect a new set of priorities. China recently amended its Anti-Monopoly Law so that its antitrust apparatus can easily levy huge penalties on corporations, and more easily scrutinize segments of the economy. Significant changes include an exponential increase in penalty fines, broader definitions for abuse of dominance, and stricter rules on notifying the government of mergers.

Although some of these updates reflect established international practices, Beijing’s antitrust policy is clearly one with “Chinese characteristics.” The government’s antitrust enforcement is no different from China’s broader macroeconomic doctrine of embracing elements of liberalism and state control to balance stability with growth.

Since Deng Xiaoping’s reform and opening in 1978, economic policy always followed the political concerns of the Chinese Communist Party (CCP). That means questions of deregulation, privatization, and foreign trade are decided with consideration of the Party’s overall goal of maximizing power and social stability. This raises the question of how the central government plans to enforce the CCP’s market competition priorities.

In 2021, the CCP’s regulatory assault on “Big Tech,” including Alibaba, Ant Group, Didi, Meituan, and JD.com, signaled a drastic policy shift toward the leadership’s ‘Common Prosperity’ campaign. Their aim was to address perceived issues with “capital…expanding in a disorderly fashion.” US FTC Chair Lina Khan described these recent crackdowns as a broader international trend of “robustly…enforcing…their anti-monopoly laws.”

It is a gross misinterpretation, however, to compare China’s enforcement regime to the West’s. Although China’s regulators value economic competition and consumer welfare, they also intend to “[protect] the public interest and [promote] a socialist market economy.” Beijing’s antitrust doctrine is not just grounded in objective notions of law and economics, but the political priorities of the CCP.

In the United States and the European Union, conventional antitrust doctrines focus on objective and independent notions of economic welfare. For example, the United States observes a consumer welfare standard, concerned with keeping prices low and efficiency high. The Europeans factor in more variables, such as the welfare of competing firms to foster what they think is a healthier economy. Through a Western antitrust lens, China’s recent Big Tech crackdowns are counterproductive. Yet, they seem worthwhile with the CCP’s objectives in mind.

Before Xi’s tenure, previous Chinese leaders prioritized export-driven, sustained growth to uphold Chinese economic legitimacy. Liberalization of trade, foreign investment, and corporate growth underpinned China’s early economic boom. Technology companies in particular are engines for growth and innovation and proxies for the leadership’s ambitious goals outlined in its five-year plans. Today, however, China’s economy is slowing, and Xi is concerned about maintaining the Party’s authority and saving face during his third presidential term.

A changing political environment calls for new antitrust policies that reflect the CCP’s recent priorities. The leadership is pivoting away from unregulated economic growth to political deliverables like technological advancement and social stability. Their industrial policy gives priority to strategic industries, like semiconductors and telecommunications, to transform China into a technological leader. Xi also aims to reduce income inequality and other socioeconomic ills purportedly caused by decades of economic liberalization. The CCP, for example, accused Chinese tech companies of worsening inequality as companies acquired more private data on their customers. China’s central competition authority, the State Administration for Market Regulation (SAMR), rolled out an aggressive data protection law along with supporting antitrust remedies and penalties.

China’s actions show that it views antitrust as more than just a mechanism for promoting healthy competition, but also as a technocratic tool to promote what it feels to be best for the country and those who rule it.

The level of discretion exercised by the CCP in using antitrust laws resembles recent proposals by American politicians like Senator Josh Hawley (R-MO) and Amy Klobuchar (D-MN). The enabling factor in China, though, is the makeup of its government.

Antitrust enforcement in the United States remains relatively narrow because an independent court system adjudicates cases, and partisan gridlock prevents politicians from making drastic changes to the law. Unlike the American system, SAMR carries out both enforcement and adjudication, making regulators judge, jury, and executioner. Furthermore, the CCP faces no partisan resistance in a single-party state, and exercises control over administrative agencies along with its rubber stamp National People’s Congress.

Chinese antitrust mirrors its regime’s authoritarian, Leninist tradition as a centralized government with few checks. As a result, Beijing uses its regulatory agencies to police corporate behavior beyond traditional conceptions of misconduct.

Didi, a Chinese ride-hailing platform, faced harsh penalties for ignoring regulators’ concerns over data privacy and for launching an IPO on the NYSE. Didi’s punishment points to China’s broader political-economic outlook: restricting freedoms that threaten Party authority. Western politicians can only dream about wielding such harsh antitrust laws to punish corporations that do not conform to the government’s vision. Structural barriers such as a separation of powers and robust political expression rights hinder such overreach.

For years, Chinese regulators tolerated the digital sector’s unregulated growth to foster innovation and technological self-sufficiency. Now that Chinese tech platforms have matured, the Party shifted to policing data privacy, supporting smaller competitors, and checking the ambitions of CEOs to deter “disorderly” capitalist growth. Chinese antitrust authorities may cite blackletter statutes, like its Measures for Cybersecurity Laws, to appear objective in enforcement and adjudication, but the ultimate check on their power is the will of the CCP, not the rule of law.

This article, Chinese Antitrust Policy: Politics Over Economics, was originally published by the American Institute for Economic Research and appears here with permission. Please support their efforts.