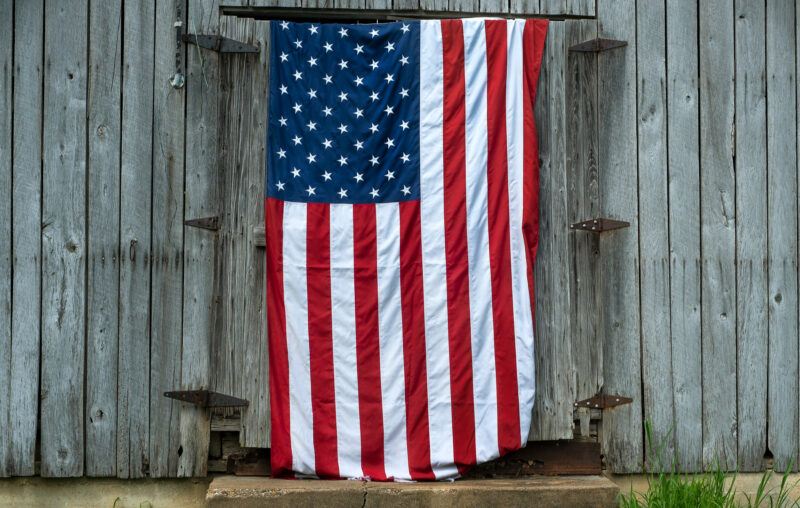 For the last four years or so, national conservatism has played an increasingly large role on the American right. Always a powerful force in Europe, this brand of conservatism is relatively new to the United States. Perhaps because of this, a collection of scholars who embrace national conservativism have compiled a handy declaration of principles signed by a number of prominent right-wing thinkers, journalists, and activists. Tragically the result of their efforts is not heartening. To misquote Edmund Burke: “While I am happy to discover that the far right in America has principles, I cannot offer them many congratulations for this fact having now seen the principles for myself.”

The statement of principles is written in a mild and unassuming language, bracketed into largely unobjectionable categories (after all what reasonable person really takes offense at rejecting imperialism or supporting the rule of law). However, a closer read of the details of the document makes clear that this is not merely a polite statement of truths we sometimes need to be reminded of but instead a full-throated rejection of America’s constitutional arrangement.

The first moment of the statement to give thoughtful readers a serious pause begins under point 3: “National government.” The authors of the statement clearly and rightfully highlight the importance of the idea that government should in most circumstances take place closest to those it affects. After all, that is democracy. The statement also truthfully observes that this common-sense approach to politics has been abandoned in recent decades to the determinant of the country and that if we wish to revive the nation, we must turn more political decision-making over to local communities, and colleges, hospitals, and so on.

However, as soon as the authors are finished providing this eloquent defense of America’s Madisonian system they prove to not really believe a word of it, declaring: “in those states or subdivisions in which law and justice have been manifestly corrupted, or in which lawlessness, immorality, and dissolution rein, the national government must intervene energetically to restore order.” In short, when local government does not uphold the principles of national conservatism, then it is fine to overrule the states and subsidiary institutions to force them to do so.

What sort of things might force them to wish to overrule the states and subsidiary institutions? The rest of the statement gives us some important insight. For instance, under the innocuous principle 8 “Family and Children” the authors of the statement rightly point out the disintegration of the modern family—increasing childhood poverty, rising divorce rates, domestic violence, and so on. Their diagnosis of the causes of this concerning phenomenon is more problematic. Arguing that the collapse of the family is driven in part by “radical forms of sexual license and experimentation.” A not particularly subtle attack on the recent legalization of gay marriage. Such an outlook ignores the extent to which social collapse is more often the product of oppression and poverty than legal recognition of a usually stabilizing force in society. The national conservative view on the subject also brings up the frightening possibility that they will not hesitate to enforce certain moral views about sexuality, abortion, and the family using the full force of the federal government rather than the constitutionally intended channels of schools, states, and churches.

This approach fundamentally misunderstands the point of the American constitutional arrangement. The framers of our constitution well understood that a nation of our size and diversity had little hope of agreeing upon what constitutes immorality or dissolution. This is liberalism’s chief insight, that after centuries of violent fighting over religion and morality it is better if most of these issues are left to individuals and the communities to which they belong. The constitution takes this vital truth and makes it the centerpiece of our political order. It leaves to the states and to individuals the ability to decide how to live their lives, and in so doing makes possible the flourishing of a great many different forms of religion and morality. As Dennis Hale and Marc Landy have summarized in their moving defense of liberalism: “The genius of liberalism is that where it does not provide answers, it creates the space in which citizens can come up with answers of their own. This is why it’s called self-government, after all—the citizens will govern their selves first, and then govern their community.” As the founders well understood, when we insist upon national answers to hotly contested moral issues we end up with perpetual political war. Such a state of affairs is useful for partisan agitators but is not conducive to a healthy and peaceful society, which after all is what the national conservatives claim they wish to establish.

The typical national conservative rejoinder to this argument is that this may be the case in theory but in practice, the federal government foists upon conservative institutions and individuals a leftist moral view with great regularity. Perhaps the federal government has sometimes overstepped its bounds, but to argue that it is mandating a radical leftist agenda is to misread the situation. The Constitution gives the courts and Congress the right to interfere in local matters and in individuals’ lives when doing so ends discrimination or a breach of due process. This is the point of the fourteenth amendment. It does not give the state the right to define morality in any broader terms. Of course, perhaps national conservatives are partisans of private or state ran discrimination but their issue can then hardly then be with leftists, it is with the constitution.

However, it is undeniable that the political left has been overzealous in using the federal government to enforce their view of the world—whether it be through Great Society programs that attempt to reshape American culture or their continuously unsuccessful attempts at a federal overhaul of American education and healthcare. However, the national conservative solution to this problem seems to be trying to beat the left at its own game: to deploy the same disastrous methods but merely switch the ends. This is not a path to lasting improvement and will accomplish little more than giving leftists additional tools to achieve their aims when they gain political power again.

The heart of the national conservative statement of principles is not simply a hatred of left-liberalism but of liberalism broadly understood. In making this claim they seem to have forgotten that America is a liberal nation with a liberal constitution. Those who do understand this fact make the contradictory argument that we must overturn and destroy the current American regime in order to save it. To accept the national conservative framing of the issues and the solutions they proscribe is to accept the destruction of the Constitution. In the end, it is to accept the destruction of what makes America great.

This article, Conservatism, National or Constitutional?, was originally published by the American Institute for Economic Research and appears here with permission. Please support their efforts.