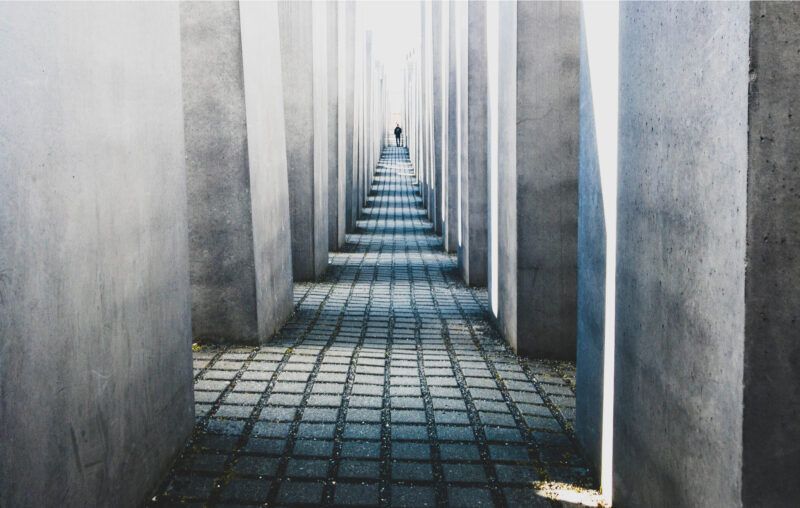 Truly, I live in dark times!” laments Bertolt Brecht in his 1940 poem, To those born later. The German playwright felt that he was “in the dark” because he had no ready-made answers to the problems he and his contemporaries confronted on the eve of the Second World War. The corpus of Western political thought available to Brecht’s generation – their tradition – did not tell them how to confront the inhumanity of totalitarianism without conducting inhumane acts themselves. Lacking the guiding light of tradition to make sense of their predicament, Brecht and his contemporaries had to chart their own course through the darkness that engulfed them. They had to rethink the reigning conventional wisdom about politics to find answers to the questions raised by the unprecedented threat posed by Nazi Germany and, later, the Soviet Union.

Brecht’s lament no doubt rings true today for millions of Americans who are deeply frustrated with the political status quo in the United States but don’t know how to change it. Democrats, Republicans, and Independents alike feel that they are, like Brecht’s generation before them, “in the dark” because the present conventional wisdom about politics does not fully explain political reality. And it is the inability to explain; to resolve the contradictions between what Americans believe to be true about politics and its reality that leaves them frustrated and increasingly apathetic about politics and its ability to change their world.

Yet, despite their deep frustration, Americans are not as “in the dark” today as Brecht was when he lamented his predicament on the eve of the Second World War. This is because the political problems Americans presently face – however severe – are not comparable to the threat posed by National Socialism and Communism. Moreover, Americans have the theoretical tools to confront their present challenges. They can look to innovative thinkers in Brecht’s generation for a light to guide them through their seemingly uncertain times.

Two of those thinkers – Hannah Arendt and Isaiah Berlin – are especially relevant to making sense of the present state of American politics because their work shares the common theme of questioning traditional political thought when it cannot explain political reality. And they are the subject of a new book by Kai Hiruta – Hannah Arendt & Isaiah Berlin: Freedom, Politics, and Humanity  – which examines their political thought through the lens of their professional relationship with each other. Hiruta’s lens is intriguing because Arendt and Berlin had a contentious relationship even though they were interested in many of the same phenomena and shared similar views on the failure of traditional political thought to make sense of political reality in unprecedented times.

Hiruta illuminates the two thinkers’ political thought in Hannah Arendt & Isaiah Berlin by “placing their ideas into a conversation.” And he uses their “unfortunate relationship” to frame his analysis of their political thought. By using Arendt’s and Berlin’s contentious relationship, Hiruta gives a broader audience a compelling entree to their ideas.

Hiruta, an Assistant Professor at Aarhus University in Denmark, has an impressive pedigree that makes him uniquely suited to write a book which he refers to as “the first comprehensive study of the Arendt-Berlin conflict in all its personal, political, and theoretical aspects.” He studied political theory at Oxford University in England, where Berlin also studied and taught for much of his career. Hiruta has also held visiting research positions at Columbia University in New York City, where Arendt lived and taught for much of her career, and at the Hannah Arendt Center at Bard College. In addition, he co-founded an academic journal focused on Arendt’s life, work, and legacy.

Hiruta’s aim in Hannah Arendt & Isaiah Berlin is admirable. His subjects – Arendt and Berlin – are both highly pertinent to understanding how a generation of thinkers grappled with the unprecedented intellectual challenges presented by the rise of totalitarianism in the first half of the twentieth century. And their work is especially relevant today because it can help Americans diagnose the dysfunction that presently bedevils their politics. Yet, despite the timeliness of Hannah Arendt & Isaiah Berlin and Hiruta’s encyclopedic knowledge of the book’s protagonists, his effort nevertheless falls short in fully engaging a broader audience in a relatable examination of the relationship between Arendt’s and Berlin’s ideas.

The central thesis of Hannah Arendt & Isaiah Berlin – that readers can better understand the two thinkers by juxtaposing their ideas in the context of their acrimonious relationship – is refreshing. In doing so, Hiruta gives his readers a detailed and knowledgeable survey of both thinkers’ ideas. He illuminates, albeit indirectly, how Arendt and Berlin can help readers to make better sense of the political status quo and how to change it.

Hiruta employs a two-part method to illuminate the importance of Arendt’s and Berlin’s relationship for understanding their political thought. First, he begins the book by employing a historical-biographical approach to establish a connection between his protagonists. Then, after analyzing the three instances when Arendt and Berlin meet, Hiruta pivots to using a theoretical approach to highlight their ideas by comparing and contrasting their political thought. Specifically, he examines Arendt’s and Berlin’s thinking on “a set of fundamental issues that simultaneously connected and divided” them – questions of freedom and liberty, human nature, and totalitarianism’s inhumanity. The book concludes with a brief examination of how both Arendt and Berlin bridge the divide between theory and practice in their work.

Yet Hannah Arendt & Isaiah Berlin nevertheless falls short in three significant ways. First, Hiruta does not provide a clear and concise explanation for why Arendt’s and Berlin’s relationship helps readers to better understand their political thought. Instead, his historical-biographical approach assumes that the two thinkers had a meaningful connection and that their relationship was mutually antagonistic. The book demonstrates, albeit unintentionally, that Arendt and Berlin did not have a meaningful relationship and their feelings about each other were not mutually antagonistic. Hiruta acknowledges Berlin’s deep dislike of Arendt, quoting him at one point as admitting, “I really do look upon her as everything I detest most.” But Hiruta then admits that “Arendt never quite reciprocates Berlin’s hostility.”

Second, the limited interactions between Arendt and Berlin – they met on just three occasions and did not carry on a correspondence with each other – forces Hiruta to rely on inference and supposition to start a conversation between their ideas. For example, Hiruta infers what Berlin thought about Arendt’s ideas about freedom and liberty by analyzing Berlin’s views on Bernard Crick’s work. Crick was one of the leading Arendtians in England at the time. Hiruta writes, “As Berlin hardly made any direct comments on Arendt’s own writings on freedom…it is worth considering his response to Crick as a proxy for his opinions on Arendt.” Hiruta similarly claims that Berlin’s antipathy towards Arendt can also be documented by examining his deep dislike of the Marxist historian Issac Deutscher, who explored many of the same subjects as Arendt in his work.

Finally, the book’s overly mechanical prose undermines its readability and limits its appeal to a general audience. It reads in several places like a revised dissertation, using phrases like, “I shall in the following chapters build interpretive bridges to let Arendt’s and Berlin’s ideas speak to each other,” and overly descriptive transitions like, “these questions will be considered here before I turn to…..in later chapters.” Hiruta could expand his audience if he spent more time in the book showing and not telling.

However, they should put themselves on guard to spot the unfounded assumptions that Hiruta makes throughout the book. Finally, readers unfamiliar with overly dense academic writing should steel themselves for a periodic slog of a read. Hiruta has contributed to the present task of thinking our way out of the dark in which Americans find themselves. And readers should consider it for that reason alone.

Hannah Arendt & Isaiah Berlin falls short because its framework – Arendt’s and Berlin’s “disagreeable relationship” – needlessly distracts readers from the two thinkers’ common effort to bridge the gap between the conventional wisdom about politics and political reality. That is, each thinker pursued lines of inquiry about the failure of conventional political thought to explain the practice of politics. In doing so, Arendt and Berlin were both trying to reconcile the contradictions between how they thought about the world around them and its reality. Americans of all views will find much value in Arendt’s and Berlin’s ideas. And even a cursory reading of their work will help Americans better understand the reasons for their own political dysfunction by encouraging them to think for themselves instead of relying on outdated conventional wisdom that fails to accurately portray political reality in the first place.

Hannah Arendt & Isaiah Berlin is an impressive volume that readers should consider for no other reason than its standalone analyses of Arendt’s and Berlin’s political thought. However, readers of the book should be on guard against the speculative digressions into Arendt’s and Berlin’s relationship that, unfortunately, do not shed light on their impressive ideas. Hiruta may not have contributed greatly to the task of thinking our way out of the darkness in which Americans have confined themselves. But he has shown the way by highlighting the unconventional political thought of Hannah Arendt and Isaiah Berlin. It is up to us to follow in their footsteps and think our own way out of the dark times in which we find ourselves.

This article, Conversations on Totalitarianism, was originally published by the American Institute for Economic Research and appears here with permission. Please support their efforts.