Critique of “What Economics Can Tell Us About Mandating Vaccines” 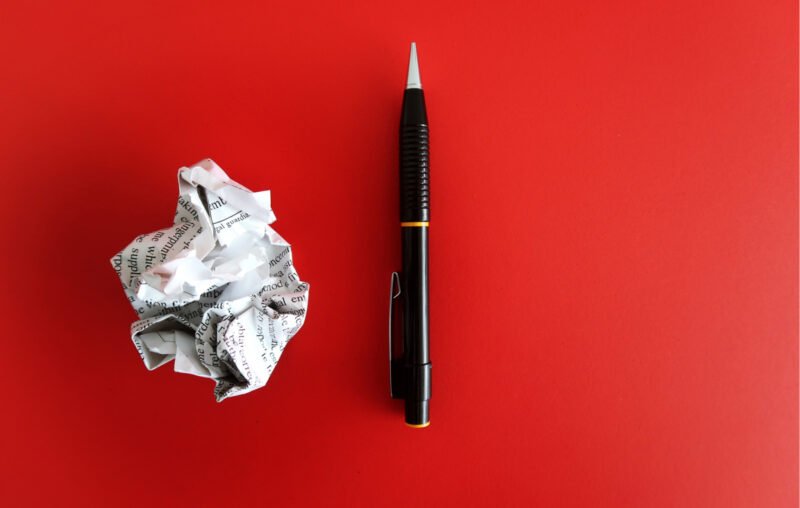 Prof. Anthony Davies’ February 9th, 2022, article attempts to draw an analogy between vaccine mandates and pollution control policies that seek to internalize costs that have, in the past, been ignored as unwanted byproducts of industrial activity were often simply dumped in the generic “commons.” This is based on a number of assumptions that aren’t explicated. He ignores the nature of vaccines and their viral target. He presumes that vaccines are immaculate and without potential side effects, much as 19th century industrialists presumed their discharges were of little consequence. Worse, he ignores the very robust immune system that most humans are born with, and then he ignores the effect of natural selection upon the virus as it adapts to the immune response of its food source, which is to say, all of us.

The vaccines in question in the current pandemic are experimental mRNA vaccines that have yet to be studied for their long-term effects. They work by inserting an RNA-based compound into our cells that turns the cell into little chemical factories that produce vast quantities of an analog of the spike protein of the Covid-19 virus, which are then released as the cell dies. The body responds to the challenge of this flood of novel proteins by creating antibodies that attack the spike. These antibodies also attack any virus with that particular spike protein. Thus, immunity is conferred on the host for that particular variant of the virus.

The virus, however, is a molecule with about 30,000 nucleotides, and the targeted spike is a small portion, about 3 percent, of the total. Absent the dose of the spike protein, most people who are exposed to the virus will develop both antibodies and longer-term immunity based on their T cells. Such immunity is based on many features of the virus, not just the spike. Because the virus is such an enormous and complex molecule, it often mutates as millions of new viral particles are created in infected cells. Because the vaccine is focused on just the spike, mRNA vaccines are just one successful spike mutation away from obsolescence. When we inoculate 80 percent of all Americans, say 250 million of us, we have created an enormous breeding ground for the development of such a mutation. And evolutionary pressure assures us that such a mutation will be found, given sufficient opportunity.

Is it reasonable to compare this virus to the usual pollution suspects? Consider that there are at least three basic pollution concerns. One is the release of dangerous chemicals into the air or water due to industrial activity. Arsenic released from the smokestack of a copper smelter is a typical example. The second is the release of biological materials that can support bacterial and viral organisms. Cholera in drinking water, or other intestinal bacteria that cause dysentery are examples. The third is related to the natural diseases that may exist somewhat independently of human activity. Malaria and yellow fever are diseases that are transmitted by mosquito bite, and they are endemic in areas where mosquitoes prosper. Absent the breeding ground for the mosquitoes, the disease disappears. For each of these types of problems, there are effective remediation measures that can be employed for long-term control. Smokestacks can be scrubbed of arsenic, and the arsenic that has been deposited on the ground or in the seabed can be buried and thus isolated from biological activity. Drinking water contamination, and air pollution like the Los Angeles smog, can be controlled by proper treatment before discharge, as in a municipal sewage treatment plant, or a catalytic converter in vehicles. And swamps can be drained, denying mosquitoes the environment needed for their life cycle.

An airborne respiratory virus has little in common with any of these forms of pollution. Humans may be vectors of the disease, like a mosquito, but denying humans a livable environment is certainly not a solution. There are no long-term command and control measures, like catalytic converters or scrubbers on smokestacks, that offer any hope of success. The mutating virus is a moving target that cannot be predicted, just as the annual flu variant defies prediction. This precludes the hope of creating a vaccine that will work over a long period of time. Even short-term measures like lockdowns and mask mandates show no benefit. In this regard, the Centers for Disease Control and Prevention admits that their recent claims of some success using lockdowns and masks have no basis when the statistical uncertainty of their sample is taken into account.

The perishable nature of a vaccine is illustrated by the rapidly increasing number of cases and deaths among those who have been fully vaccinated. The CDC reported cases and deaths amongst the vaccinated and unvaccinated over the period from April 2021 to Jan. 2022 in a data release on Feb. 18, 2022. The Omicron variant became predominant in late November and early December in the US. In the first week of December, 151,840 cases of Covid were detected in a cohort of 122 million vaccinated Americans. In the same week, 255,797 cases were detected among 52 million who had not been vaccinated. By the end of December, the number of new weekly cases had grown to 1,214,801 among the vaccinated, and 1,036,369 cases in the unvaccinated. Both numbers increased substantially in the next week to 1,700,703 and 1,467,313 respectively. Adjusting for the cohort sizes, the vaccinated had about half as many cases as the unvaccinated which is of some value, but this is in stark contrast to the protection the vaccines provided just six months ago. In the middle of June, the number of people in both cohorts were about equal, and the vaccinated group had about 1/7 as many cases of Covid as compared to the unvaccinated, and about 1/10 as many deaths. Note that the vaccine did not provide perfect protection even in June. It was much better than not being vaccinated, but infections and some deaths were still observed.

The CDC and our public health agencies have now spent the better part of two years orchestrating a campaign of fear and paranoia that ignores the known properties of this disease. From the very beginning of the pandemic, we knew it was of little danger to those under 65 who enjoyed good health. A sensible policy would have focused on those who needed protection and would have provided medical advice on therapies for those who became infected. Instead, we embarked on a campaign that sought to isolate everyone, in the false hope of eradicating the disease. And effective therapies that many independent doctors applied in clinical settings were ignored and disparaged. Davies ignores this reality when he assumes that a simple vaccine mandate will be both essential and effective. As we can see from the weekly case data, the vaccine does confer some immunity, but it is not perfect. The disease was still spreading rather nicely amongst the vaccinated in June, and when the Delta variant emerged, the weekly case numbers grew from the order of 10,000 per week to 100,000 per week. Eradication was never an option. Moreover, Davies’ position is logically incoherent. If vaccines were effective, then why would the vaccinated be concerned about those who chose not to take the jab?

We need to get past this nonsense and get back to work. Covid-19 was and is a deadly threat to the elderly with multiple comorbidities. But its impact is largely focused on this group. The median age of those who die from, or with, a Covid-19 infection remains above 75. Absent the isolation and misery imposed by government edict, these deaths need not be cause for a continued panic. If Davies wishes to look for a misapplication of economic theory, he need only consider the failure of the National Institutes of Health to fund the massively expensive studies required for regulatory approval of the repurposed use of existing drugs to alleviate the death and suffering of these elderly victims. With no patent protection, no private enterprise will ever undertake such studies. The NIH has a generous budget, and it could have provided the leadership and organization that would likely have saved hundreds of thousands of lives simply by confirming the results of the massive clinical knowledge that has been accumulated worldwide. At the very least it could have put to rest the myth that Ivermectin is solely useful as a horse dewormer. India and other countries created Covid kits with supplements like Vitamin D3 and zinc, plus some prescription drugs like Ivermectin that are available at a modest cost and have been successful, where our government seems focused on failure. Indeed, the essential effort in our government’s response to the pandemic has been to reinforce the false narrative of eradication. It is only now as reality begins to remorselessly assert itself that the CDC has admitted that perhaps three-fourths of all Covid deaths are actually due to other factors.

This article, Critique of “What Economics Can Tell Us About Mandating Vaccines”, was originally published by the American Institute for Economic Research and appears here with permission. Please support their efforts.