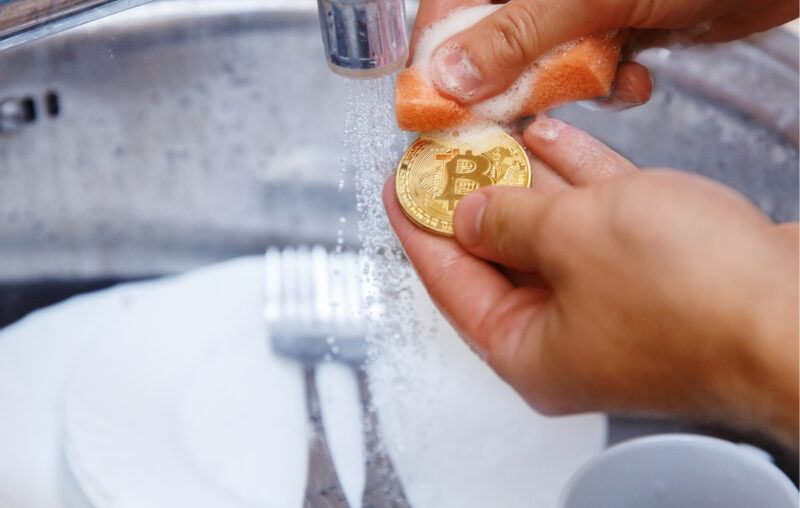 People need financial privacy. (Yes, even regular people!) Alas, blockchains are panopticons. The entire history of one’s bitcoins or ether are indelibly etched on the blockchain for all to see.

Mixing is one way to get necessary on-chain privacy. In short, a bunch of people use an automated tool such as Tornado Cash or Wasabi Wallet to combine their crypto together and then withdraw it, obfuscating the trail of each person’s crypto.

But mixing is a less-than ideal way to gain privacy. In solving for privacy, mixing introduces another problem; commingling. When you use a mixing tool, you’re introducing your licit funds into the same pot as potentially criminally-derived funds. That is, you run the risk of serving as a laundering entrepot for criminals.

This is bad for three reasons: 1) Money laundering is a criminal offense, and if you’re a normal person you’d probably prefer not doing anything illegal. 2) It’s also morally questionable. By serving as a counterparty to criminals you are helping them get away with theft or fraud. 3) Commingling may be financially risky for you. Because mixing is visible on the blockchain, other people may see that your crypto is mixed and may not want to take on the risk of accepting it. Put differently, mixed crypto might not be worth as much as unmixed.

That, in a nutshell, is the privacy/commingling dilemma. If you’re a licit owner of crypto and you mix, you’ve swapped your lack of privacy for a potential felony indictment, a bad conscience, and deteriorated finances. This is likely not what you were looking for.

The risks of commingling crypto are heightened due to the fact that mixing is not turned on by default. And so only the most motivated people – criminals and privacy advocates – end up gravitating to mixing tools. This only increases the odds that a licit crypto user who enters a mix unintentionally serves as a counterparty to a crook.

For licit crypto users who want privacy but are wary of the privacy/commingling dilemma, centralized exchanges are probably the safest option. Centralized custodians like Coinbase screen out criminals. So you, a licit user, can seamlessly get your coins into Coinbase’s big mix (without worrying about the risks of engaging in money laundering), and then withdraw them to a new address, safely obfuscating the history of your coins. It’s a relatively safe version of mixing.

But centralized exchanges don’t provide you with the full set of privacies. While they temporarily absolve you from the panopticon of the blockchain (i.e. everyone else’s eyes), they don’t shield your personal information from the exchange itself. For many people, that degree of privacy is probably good enough. For others, it’s not.

Native privacy is the best alternative. Imagine if your bitcoins or ether were private by default, sort of like cash, or gold. You would never have to endure the risks of commingling via a service like Tornado Cash or coming under the watchful eye of Coinbase. But native privacy is only in its infancy. (I wrote about it here).

Another way to tackle the privacy/commingling dilemma is an approach recently adopted by Wasabi Wallet, a non-custodial provider of bitcoin mixing services. Historically, Wasabi’s owner zkSNACKs has allowed everyone to access Wasabi’s services. But, going forward, it will screen out bad bitcoins by analyzing the blockchain for known nefarious actors:

“We were always against using [CoinJoin] for illicit activities, and as far as we could see from the news, lots of actors started to take advantage of the software, and this created really bad press for us… Wasabi is for people to preserve their privacy, and not for hiding illicit activities.” [source]

zkSNACKs hasn’t provided precise detail on how it will determine which addresses are to be censored. Would its blacklist include addresses of known hackers, scammers, sanctions evaders, and those subject to injunction or freezing orders? It remains to be seen.

In any case, introducing filters could finally provide licit crypto users with an answer to the privacy/commingling dilemma. Wasabi will provide much needed privacy while reducing the risk that they are laundering funds for the mob.

Anecdotal evidence suggests that there is demand for a clean mixing service. Wasabi developers had expected its announcement to anger its customers and lead to a reduction in mixing activity. Instead, the company says that demand tripled.

Gaining a reputation for clean mixing will attract not only licit users, but criminals keen to get their coins into Wasabi’s mix in order to launder them. A cat and mouse game will develop as Wasabi evolves new methods to screen these bad actors out, and these bad actors react. It won’t be an easy battle.

This article, Crypto’s Privacy/Commingling Dilemma, was originally published by the American Institute for Economic Research and appears here with permission. Please support their efforts.