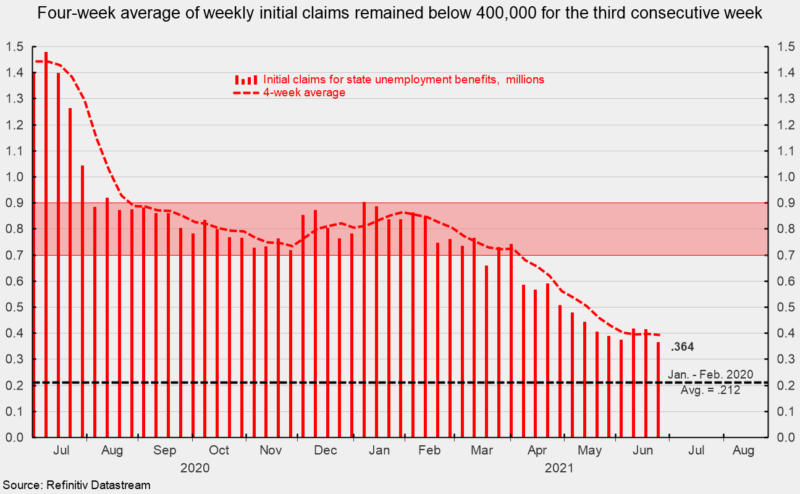 Initial claims for regular state unemployment insurance totaled 364,000 for the week ending June 26, a drop of 51,000 from the previous week’s tally of 415,000 (see first chart). The current result is the eighth fall in the past nine weeks and the third week in the last five that initial claims were below 400,000.

The number of ongoing claims for state unemployment programs totaled 3.208 million for the week ending June 12th, a drop of 64,366 from the prior week. The latest reading is the 12th consecutive week below 4 million (see second chart).

Continuing claims in all federal programs totaled 11.451 million for the week ending June 12th, a decrease of 116,524. The latest result is the fifth consecutive week that Federal continuing claims have been below the 12 to 16 million range (see second chart).

The downward trend in both Federal and state continuing claims puts the total number of people claiming benefits in all unemployment programs, including all emergency programs, at 14.660 million for the week ended June 12th, down 180,890 from the prior week. This is the seventh consecutive decline and seventh consecutive week below 16 million (see second chart). 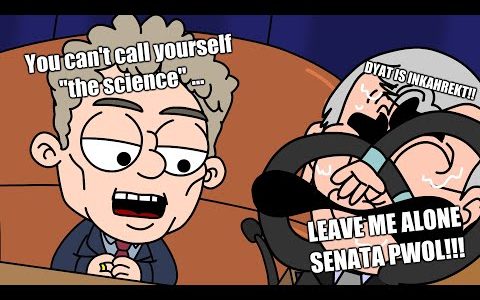