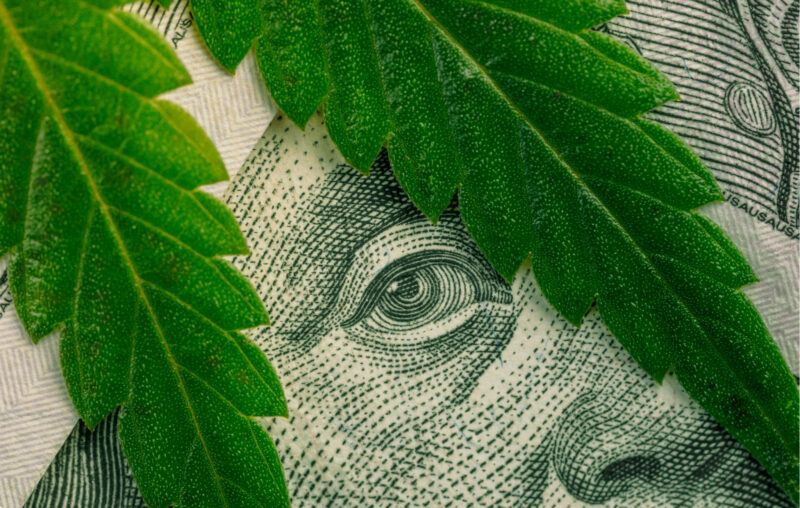 When the Marihuana (sic) Tax Act was passed in 1937, it raised little revenue. Instead, the tax functioned as a ban (require a stamp, but don’t issue any). Most notably, cannabis prohibition was a job creation program for the Federal Bureau of Narcotics, who’d recently lost the cash cow of alcohol prohibition.

Cannabis (the botanical genus whose member plants are variously called hemp, marijuana, weed, pot) was a familiar remedy found in every family medicine cabinet in the 1930s, and is far safer to consume than cigarettes, or alcohol. To facilitate the creation of a new public enemy, the federal government deliberately reshaped cannabis in the popular imagination. Henry Anslinger weaponized racial insecurities with the specter of Mexican immigrants and wild, racially integrated parties suffused with ‘jazz cigarettes.’ Add in the film Reefer Madness, and other lurid propaganda aimed at middle America, and it took fewer than 30 years of deliberate efforts to transform a 10,000-year-old medicine into a “new,” dangerous drug poised to destroy the social fabric of America.

Cannabis criminalization began with a simple stamp tax, and the unslakable thirst of regulators for control and tax revenue means a black market continues to flourish.

Like other kinds of ‘stamp taxes,’ the Marihuana Tax Act required a written permission for the possession or sale of cannabis. Regulators fiercely limited those orders and raised taxes. Anslinger intended to choke off the supply of a plant he sought to demonize for personal gain. But he only succeeded in driving cannabis commerce underground, where it remained for almost a century.

The first cannabis law in the US Colonies was a requirement that farmers grow at least a hundred plants to support Virginia’s key industries, including rope. Each industry in which cannabis is useful has both lost and benefited from the criminalization efforts of the 1930s. Major players in fiber, paper, lumber, fuel, and medicines were thrilled to have cheap, accessible cannabis removed as a competitor.

The tides on cannabis have now shifted. Thirty-seven states license some kind of cannabis sales, and more than a dozen states* allow any adult who wishes to buy it without a prescription. But even in well-established legal states like Colorado, California, Oregon, and Washington, an astonishing 75 percent of purchases are still black market.

Even where legal avenues to cannabis exist, most sales are still “criminal,” or in violation of each jurisdiction’s stamp taxes, and the handful of approved, licensed processors and retailers. Risk of arrest for individuals continues to be low, with only one cannabis-related arrest per 80 admitted users, per year. The threat of jail time has never been sufficient to quell black market exchanges, even where legal alternatives are available.

Why do so many cannabis consumers, in states that offer the choice, shun legal dispensaries and continue to rely on black markets? The habits of consumers navigating legal and illegal sales reveal important lessons for those who would dictate prices for an unruly marketplace of individual actors.

When both legal and illegal supplies of similar goods are available, a high tax confers an instant price advantage to black market purchases. If taxes vary between jurisdictions, there is incentive to smuggle goods, or divert legal products to illegal sales.

Even now, buying liquor in bulk in Indiana to drive it into higher-tax Illinois, is estimated to save drinkers $5-7 million a year in Illinois taxes. Pennsylvanians pop over to less-regulated Delaware. Driving over state lines to buy cheaper or different booze is technically illegal but very rarely prosecuted.

Cigarette smuggling from low-tax to high-tax states is also very common. State and local excise taxes vary widely, from $0.60 per pack in Virginia to more than $2.50 in neighboring DC. For each case of cigarettes that can be moved across the Francis Scott Key Bridge, the potential profits are well over $1,000.

Aggregate taxes on retail cannabis vary even more widely. The cannabis specific excise tax is negligible in Alaska, but adds as much as 77 percent to the price in some California cities. Even if the base price per ounce were the same, you could buy 50 percent more with the government’s cut, and some buyers will be motivated to do just that.

The higher the tax, the higher the incentive for people to avoid it. The less discretionary income you have, the more motivated you might be to avoid the stamp tax markup, and to attempt to save the taxes by smuggling.

Many other pressures on the price of legal cannabis, including dispensary overhead, doctor and pharmacy fees, licensing costs and taxes passed on to the consumer, establish a high premium for state-approved products, a legitimate market for those who can pay.

And those who can’t are still criminalized, subject to draconian War-on-Drugs policing.

Cost isn’t the only difference between vendors. Licensed retail dispensaries require a valid state-issued identity card to buy cannabis. And they don’t just check your age like liquor stores or cigarette stands. Most dispensaries scan the data strip on the back of your drivers’ license or passport, and enter it into a customer record with a log of your purchases. Licensing boards in each state do random “compliance checks,” encouraging pot shops to cover themselves by collecting more data, not less.

Like every other kind of retail store, some dispensaries gather far more personal information than they actually need, and often more than customers are aware they are logging. Email addresses, phone numbers, shopping patterns and history may be kept in a customer database. Some outlets permit buyers to decline this collection, or require it only as part of customer loyalty programs.

Cameras and video recordings are ubiquitous at legal dispensaries, too, and state laws often require recordings of everyone coming and going.

With mixed-legal status of cannabis, many consumers may simply not want their identities in these dispensary systems. Aside from the core medical privacy concerns, people may assume that their employers, their families, their landlords, and law enforcement might disapprove of their consumption whether it’s legal or not.

For those folks, buying from a black market entrepreneur – who requires no such proof of identity – may be preferable on privacy grounds alone.

The cumbersome and complicated licensing process for products and dispensaries may take years, and simply doesn’t exist in all areas.

Cannabis regulators want to centrally plan and throttle every aspect of the supply chain. Growers and cultivators are limited by the handful of available licenses, and further limited to a certain number of plants, or a certain square footage of grow space. Processors and packagers have maximums, too, and can’t simply ramp up to meet growing demand. Retail dispensaries regularly run out of highly regulated products, but most won’t risk putting black market cannabis on their shelves. Illinois authorized recreational sales in 2019, but dispensaries are required by law to hold onto enough cannabis to serve the state’s registered medical card patients. The result? Handwritten signs reading “Recreational inventory sold out.”

Some states, notably Oregon, have been hesitant to simply issue more licenses, as overproduction may increase the chances that the legally grown product is diverted to black markets or smuggled across state lines. Current licensees also don’t want to see more growers or sellers competing, as a marked rise in production caused a 50 percent drop in the prevailing price of cannabis over a five-year period.

Even in legal states, there may not be commercial cannabis activity where you live: 80 percent of California municipalities decline to allow a single dispensary. But there are at least a handful of black market sellers, everywhere. Many of them deliver.

At the level of individual sales, most states limit how much cannabis a person can buy in one day. In Oregon, it’s 7 grams – a quarter ounce. In Washington DC, it’s a rolling limit of four ounces per 30-day period. In California, it’s one ounce per day, the maximum amount that can be legally carried at one time, anyway.

All such supply restrictions, whatever their relative virtue or utility, will motivate some marginal buyers to circumvent the approved channels and get what they want from another source.

Cannabis is overwhelmingly botanically complex, and hundreds of strains, with different physiological effects, are being cultivated all the time. Haleigh’s Hope is a variety that provides no cerebral ‘high’ but reduces seizures in children. Boutique strains are grown to treat insomnia, improve focus, and relieve pain. New ways of capturing those cannabinoids and their treatment properties are also always under development. The modern cannabis consumer may choose not just smokable flowers, but dabs, shatters, tinctures, topicals, waxes, oils, edibles, and vaporizer cartridges.

Such continual innovation is great news for cannabis consumers, and a nightmare for any regulatory regime trying to control what can be produced and sold, using guidelines that are out of date almost as soon as they are written. Connoisseurs of novelty and patients with tricky medical conditions will frequently be in the market for different strains, or different methods of consumption. Regulation slows access to the newest products, and encourages some buyers to continue relying on black market suppliers, or smuggled product from other states.

One of the advantages legal cannabis retail offers consumers is a commercially packaged product. In theory, this should mean a more consistent, quality-controlled product that has been tested for contaminants, and for which strength, strain, and dosage are easily determined.

Unfortunately, the misinformation about the ‘dangerous’ weed has far overshadowed the real risks to consumers’ health which a more transparent supply chain could mitigate. The growing conditions for cannabis plants may result in molds, heavy metals, and other potential contaminants that, unlike the plant itself, are genuinely harmful. But even states with relatively robust oversight for cannabis production have not focused on these more relevant risks, and instead quibble about limiting THC content, which poses no more significant risks at higher doses than lower ones.

From the choices that consumers continue to make, we can ascertain that the legal market has not done a good enough job of distinguishing itself in terms of safety or quality control. Another explanation is that black market products are of sufficiently high quality, and the black market buyer is insufficiently discriminating, for this advantage of the legal market to yet tempt consumers into the light of the law.

The Illusion of Control

For decades, cannabis production and consumption have grown under less-than-legal conditions, while the federal government claimed the plant was poisonous, a demon weed. Even now, the tightly controlled “legal” markets comprise fewer than 1 in 4 cannabis purchases.

A handful of bills are circulating in Congress to end the federal prohibition on cannabis. This is overdue. More and more states are nullifying the federal ban anyway, and setting up regulated cannabis markets, many motivated by hunger for tax revenue. But regulators ignore market pressures at their own peril. The supply of cannabis can’t be meaningfully constrained: with adequate demand, weed grows, well, like a weed.

Most “tax and regulate” schemes repeat the core mistakes of prohibition. The staggering popularity of illegal cannabis sales in legal states gives a clear warning to Congress: high compliance costs and taxes on cannabis will leave a majority of transactions untouched, and most buyers will still be criminalized. High taxes and meddling restrictions will limit the economic and humanitarian benefits associated with cannabis reform, retrench the black market, and continue the discriminatory impact of cannabis criminalization on the poor.

This article, Decriminalizing Cannabis Won’t Stop the Black Market, was originally published by the American Institute for Economic Research and appears here with permission. Please support their efforts.