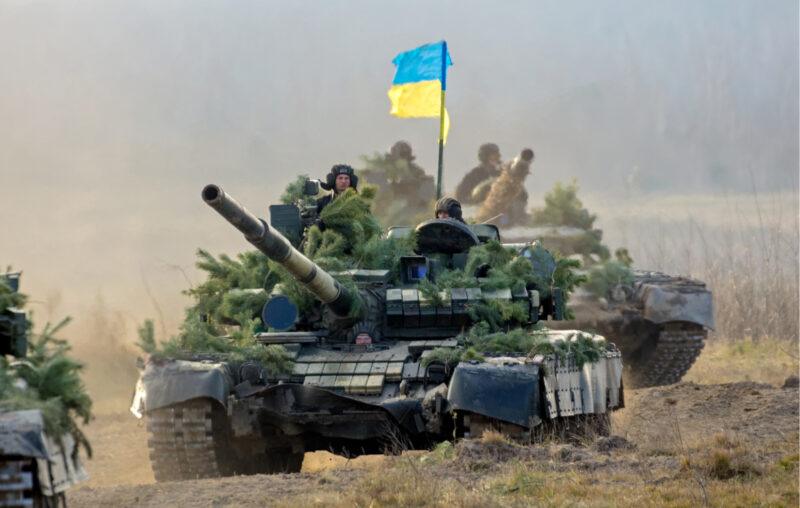 Tucker Carlson has ruthlessly mocked President Joe Biden, neocon intellectuals, war-mongering politicians, and liberal media elites who have been beating the drum for conflict with Russia over Ukraine. Carlson’s mockery appears to be hitting the mark. American rhetoric has been so intense about the imminence of a Russian invasion of Ukraine that the President of Ukraine, Volodymyr Zelensky, has called for President Biden to tone down his rhetoric. The American strategy in Ukraine has severely underestimated Russian concerns, capabilities, and motivation, neglected the realistic interests of Ukraine, and can be counted among one of our numerous foreign policy failures in the post-Cold War world.

When the Soviet Union dissolved in 1991, prospects for cooperating with the West were bright. But the economic collapse and subsequent rise of the oligarchs in Russia, along with the policies of the West that focused on incorporating many of the successor states of the Soviet Union into the EU and the NATO created an environment that led many in Russia to be skeptical about the benevolence of the unfolding new world order. The uncertainty of Russia’s eventual path led many to seek strategic gains where they might.

The expansion of NATO proceeded, and the alienation of Russia from the West followed suit.

Ukraine occupied a complex space in this new world order. Many in the country looked toward the West as a model of prosperity, and Russia as a fragment of a failed Soviet legacy. As with so many hopeful and simple visions, reality challenged Ukraine’s exodus to the West. First, substantial numbers of Ukrainians were ethnically or culturally Russian. Second, the founding of the modern state of Ukraine posed some difficult security problems for Ukraine and Russia. Would Ukraine become a nuclear-armed state? How would the Black Sea fleet be divided, and what would major naval bases’ status in the region be? What would be the relationship between an independent Ukraine and Russia?

Ukraine denuclearized in exchange for Russia’s recognition of its borders. It agreed to give Russia over eighty percent of the Black Sea Fleet and rent the Crimean naval bases to Russia for initially twenty years, renewing the lease for 32 more years in 2010 in exchange for discount pricing of Russian natural gas. Ukraine became a founding member of the Commonwealth of Independent States established by Russia to coordinate the economic and political cooperation of former members of the Soviet Union, but Ukraine never ratified the treaty.

Up until the 2014 Russian annexation of Crimea, most Ukrainians held favorable attitudes toward Russia. Russia was Ukraine’s most important trading partner. In 2004, the Orange Revolution opened the door to political leaders who aspired for Ukraine to become more strongly integrated with the West. The victory of Victor Yanukovych in 2010 placed into power a leader more sympathetic to the Russian Federation, and his rejection of an agreement with the European Union in favor of a deal with Russia spurred political protests. Yanukovych responded to the riots with police, and over 100 people were killed. Various theories about the motives and identities of snipers associated with the deaths were and are bandied about.

The heavy hand of Yanukovych’s government failed to end opposition to his policies, and the Euromaidan movement, as it would later be called, succeeded in pushing him out of Western Ukraine and establishing a new government dedicated to cultivating better relations with the West at the expense of ties with Russia. Russian intransigence about Ukraine’s modest moves toward the West contributed to anti-Russian sentiments.

The Americans played a significant role in encouraging anti-Russian sentiment. The American ambassador to Ukraine, Victoria Nuland was famously caught on tape opining whom she believed should and should not be part of the new Ukrainian government, and later vulgarly dismissed the concerns of Angela Merkel about the inappropriateness of her comments. The Europeans understood the dangers of provoking the Russians better than the Americans.

Breaking relations with the Russian Federation and pursuing greater integration into the West would not be an easy path and has proved to be costly for Ukraine. Ethnic groups sympathetic to the Russian Federation were heavily concentrated in the Southern and Eastern parts of Ukraine. The Ukrainian government of Crimea was deposed by local separatists with significant help from Russia. Crimea elected to separate itself from Ukraine in a referendum and joined the Russian Federation. Separatist movements in the Donbas region with Russian support followed suit with the proclamation of the Donetsk and Luhansk republics.

Anyone concerned about the immediate well-being of the people of Ukraine would have put a brake on the political transformation initiated by the Euromaidan movement. Aid from the West has not come close to compensating for the economic harm caused by the break with the Russian Federation, and politics has not become noticeably less corrupt.

The heating up of rhetoric surrounding the situation in Ukraine does little good to get the country back on track to have a positive relationship with the Russian Federation. The current Ukrainian government is seeking shelter in NATO. Still, all thoughtful members of that organization are hesitant to bring a member into the alliance while it is entangled in an intractable conflict with Russia. With the Budapest Memorandum securing the borders of Ukraine in shreds, some Ukrainian security officials lament giving up a nuclear deterrent, but alas, no such deterrent is available in the immediate future, and Ukraine must negotiate with a partner many times more powerful than itself.

Escalating rhetoric about Ukraine and trying to fashion negotiations about its future through an analogy to Munich intensifies the conflict while offering no capabilities to resolve it in favor of a hardline Ukrainian position against Russia. The only hope the Ukrainians have is implementing the Minsk agreements and repairing their relationship with Russia, all while keeping doors open to the West. This implementation will be no easy feat, but the future of Ukraine is not in the Western alliance, but as a neutral border state, neither East nor West. Threading this needle is made more difficult by the Russian Federation recognizing the breakaway provinces as sovereign states, but fighting to exert sovereignty over these territories and Crimea risks the economic health of Ukraine as it becomes a garrison state on the borders of a new cold war.

The late Stephen Cohen, one of our leading luminaries on Russia, warned us against overly simplistic thinking in our dealings with Russia and reminded us of the humanity of the people on both sides of the conflict in Ukraine. Intensifying economic warfare against the Russians and adding a few thousand troops in Poland and Romania does little good in bolstering Ukraine or improving relations with Russia. These actions make it more difficult to build a global order dedicated to trade, health, and sustainability.

A cynic might think the movement of Ukraine to the center stage of American foreign policy concerns was an effort to tap into the mythology of the Cold War to distract Americans from more significant issues. The ghosts of the past obscure the problems of the present, and this is true for Americans, Ukrainians, and Russians. It is hard not to wish the people of Ukraine well, but they should have no illusions about the support they will receive from the United States. Only the stupidest of blunders could bring the Americans fully on to team Ukraine, and the Ukrainians suffering from the aftermath of Euromaidan understand the fruits of impassioned political positioning without the capabilities to back up political posturing.

This article, Deescalate Conflict in Ukraine, was originally published by the American Institute for Economic Research and appears here with permission. Please support their efforts.

The Moneyist: I’m 33 and earn $120K. I have $300K in company stock and $56K in debt. I’m partially supporting my partner, sadly due to his failing business. What should be my next move?