Democracy Is More Than Just Elections 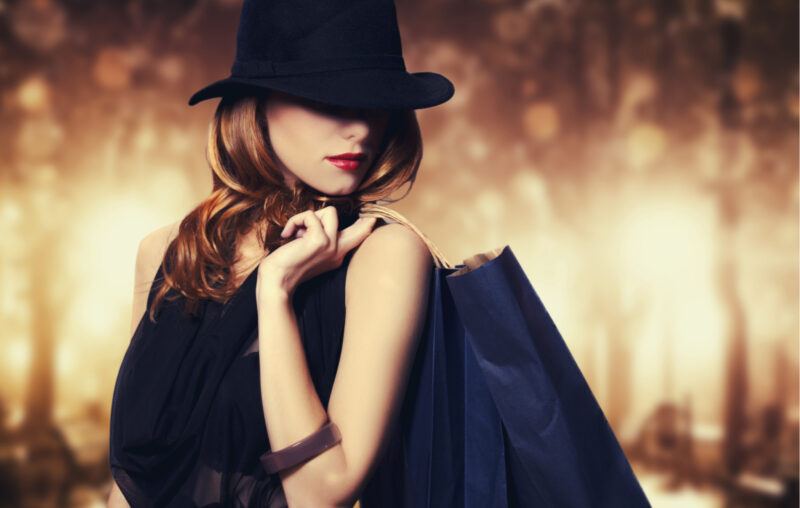 Coming on the heels of a year-long lockdown, people turned out with renewed enthusiasm on July 4, 2021 to celebrate the birth of our constitutional democratic republic. Wave the flags. Cheer for the republic!! Oh, how we love our democracy!!!

Democracy. The rule of “the people!” But how do the people rule? By voting, of course! If you ask most citizens (and nearly all of my political science students), democracy is essentially epitomized by the sacred act of elections. The ballot box is the holy temple of democratic society.

Just as we were unfurling our flags for the Fourth of July, the NYC Democratic mayoral primary became engulfed in controversy. In that election, which featured a new “ranked-choice system,” poll workers accidently included 135,000 test votes into the final count. Oops. Apparently, this isn’t the first time the NYC Board of Elections has had “mishaps” in its elections; sloppiness is par for the course in the Big Apple.

And the NYC primary debacle comes on the heels of the 2020 presidential election wherein the Trump campaign and its supporters called into question many polling irregularities leading to mayhem in the Capitol as Congress tallied electoral college votes on January 6, 2021. Concerns over the integrity of voting have led several states such as Arizona, Georgia, and Texas to implement new rules or do audits and purges of their voter rolls. Not surprisingly, such actions have generated accusations of racism and political manipulation.

Electoral Shenanigans Are Not New

Accusations of electoral shenanigans have a long history in American politics. Lest we become complacent in claiming election fraud is merely the bailiwick of Trump fanatics, remember that pundits and Democratic politicians became consumed with challenging the legitimacy of Trump’s 2016 victory with innuendos of “Russian interference” that culminated in Congressional hearings.

There was, of course, the 2000 presidential election wherein the “direction of the nation” was determined by dimples and dangling chads in a few hundred ballots in Florida. Democrats were also wary of George W. Bush’s win in Ohio in 2004. Add to this the razor thin margin of Kennedy’s win over Nixon in 1960, with accusations of vote fraud in Illinois. Rutherford Hayes’s victory in 1876 is also one for the record books.

Shady elections occur frequently at the state and local level too. Washington State witnessed a gubernatorial election in 2004 that initially favored the GOP candidate but flipped to the Democrat after two recounts and with the eventual margin of victory being less than 200 votes. Chicago has maintained a reputation for questionable elections for decades now with the running joke that dead people vote. It isn’t hard to uncover the stories of ballot manipulations in New York (city and state), Louisiana, California, or any other locale you might find.

Nary an election cycle now passes without some concern over the legitimacy of our democratic electoral process, be it at the national or local level.

Is any of this surprising? To a high school student who paid attention during civics class or the naïve college undergraduate seeking to change the world, the answer is yes. Politics, and especially democratic politics, is the arena where we determine the common good and promote virtue. That is what students are taught. Voters must be informed and care for their community. They must elect those individuals who are most forthright in the battle for truth and justice. To discover that there are forces that would tamper with how we determine the “will of the people” only confirms that there are evil people who must be defeated at all costs! And those evil politicos are always from the “other party.” Need proof? Just ask any partisan on social media which party cheats the most in elections.

A Realistic View of Elections

A more realistic view of the world, however, informs us that wherever there is a concentration of power over valuable resources, individuals who want to control those resources will seek to get it by hook or by crook. If political power can be gained via a free and fair elections with no irregularities then all is well and good. But if electoral margins are thin, and the resources to be distributed are increasingly large, shenanigans will reign. That both political parties in the United States engage in playing loose with elections is only proof positive that this is not a matter of some ideological commitment to democracy, but an age-old desire to obtain and preserve power over others.

For this reason, we shouldn’t expect electoral irregularities to stop any time soon regardless of all the well-intentioned calls for “reform.” As government grows in scope and power, and as trillions of tax dollars pile up in Washington, DC and billions elsewhere, there is all the more incentive to “rig” elections to ensure a favorable outcome for one’s favorite political team. Such “rigging” can take the form of illegal activity (e.g., stuffing the ballot box with the votes of deceased citizens) or legal “reform” of electoral laws (e.g., voter ID, absentee balloting rules, or gerrymandering electoral districts). Reform may just well be a Potemkin village established to make one side or the other feel good that things will get better.

If we continue to emphasize the central role that electoral democracy plays in our republic, we risk undermining the constitutional legitimacy that those American rebels fought for in the late 18th century. While certainly not a perfect system (consider the slave issue), the one that was crafted in those heady days of revolution has proven to be one of the more free and inclusive forms of government in history.

What Is to Be Done?

Can democracy be saved from the clutches of increasingly suspect elections?

Much of the attention about electoral irregularities centers around how we can change election laws to make them more secure, transparent, and fair. Laws made by politicians. Politicians who are elected. Think about that.

Perhaps there is a better idea.

That better idea may be to deemphasize the role that elections play in democracy and reduce the scope that they play in our governing system. In other words, we need to vote on a lot less stuff.

Democracy is defined as “governance by the population.” Such governance does not necessarily mean turning over power to elected representatives who in turn vote on legislation when we cannot be present. People can govern themselves aside from laws that are handed down to them from some higher authority. Indeed, we do it all the time via social norms cultivated and maintained in civil society. While there are an enormous number of formal laws enacted by Congress and state legislatures, most of them are unknown to typical people on the street who nonetheless peacefully coordinate their affairs with their fellow citizens around them. We rely upon informal rules of thumb, common etiquette, and private organizations to help guide us in our relations with others.

This is a critical lesson that must be taught in all civics courses beginning at the earliest ages possible. Governance does not mean government. For every problem that arises in society, we do not have to run to the polling booth to cast a ballot for a new initiative or for some politician who promises to take care of the problem for us. We often can allocate resources and solve societal problems without resorting to formal government. Markets and private organizations are wonderful mechanisms for undertaking such tasks and have served humanity well throughout history when they are allowed to operate freely.

Having students understand that markets – voluntary agreements between individuals with complementary preferences – are an extremely effective way of allocating resources is a crucial first step. Markets are a form of governance, something that most people do not realize. We must communicate this effectively, both in the schools and in the general media.

One of the objections to allowing markets to serve as a primary source of governance is that they often produce negative externalities – i.e., costs that are borne by others who do not benefit from a commercial transaction. Pollution from a factory making automobiles sold to consumers who do not breathe the smoke fumes is a classic example. But it must be emphasized that elections generate their own externalities, a problem that James Buchanan and Gordon Tullock recognized in their classic work The Calculus of Consent. The 51% who voted for the government to allocate resources in their favor impose costs upon the 49% of those who didn’t vote for that allocation. It is no wonder that electoral losers are suspicious of the outcomes and process; no one likes to have a cost hoisted upon them!

If markets have problems addressing some of these issues, the next step is to see if people who are directly affected by the problem can coordinate their efforts to draft up a set of flexible rules on their own and/or set up cooperative organizations that manage the situation effectively. This is the realm of civil society where voluntary cooperation among individuals who bear the direct costs and benefits of actions flourishes. This cooperation manifests itself in private clubs and in general social norms wherein citizens create, monitor, and enforce behavior and have a vested interest in making sure the system, which can be applied to them, is not abused.

If either of these methods – markets or civil society – tend to prove inadequate over time (and we need to give them time to work), then we can turn to government and elected officials to make policies that have the coercive effect of legislation. But turning to elections – be it direct initiatives or transferring further voting authority to a representative – should be done at the most localized level possible so that those who are most impacted by a decision have the most say in the outcome. As Bryan Caplan makes clear, the less people are directly impacted by electoral decisions, the less likely they are to give those decisions serious consideration.

The bottom line is that we need to rethink how we portray democracy to our students and the general public. Democracy should not be construed as resting entirely upon elections. Free markets and civil society are crucial components of democratic governance, not something that stands separate from it.

If elections become less salient in our democratic practice, there will be less incentive to manipulate them. This in turn will help tone down the vitriolic rhetoric generated by political campaigns and their aftermath. Free markets and a flourishing civil society are a much better pathway to social harmony than anything our electoral system could deliver.

This article, Democracy Is More Than Just Elections, was originally published by the American Institute for Economic Research and appears here with permission. Please support their efforts.

Are Bonds Really A Buy