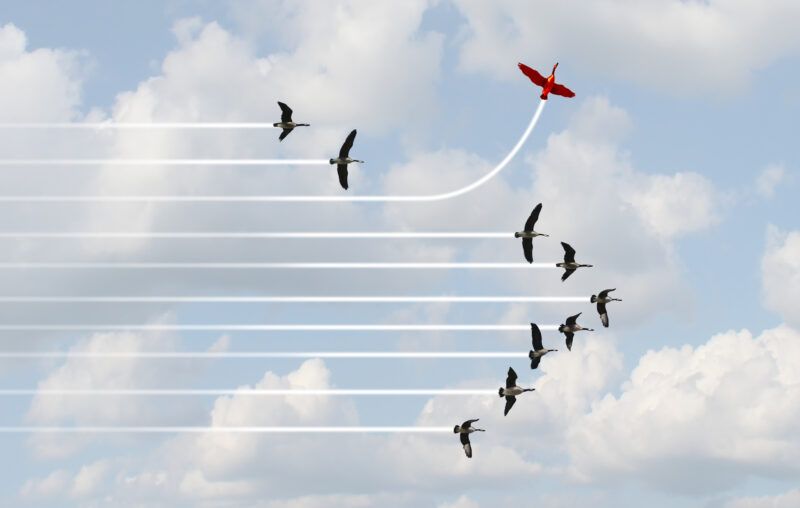 Being contrarian is hard work. You need to withstand ridicule, the loss of friends, employment, and acquaintances, face the imminent possibility that most of the time you’ll be wrong, and abandon the warm fuzzy feeling of having your otherwise friendly peers confirming your bias.

Yet, authentic critics are crucially important, even if (and when) they are wrong. When at least some of us speak out against what is the prevailing wisdom on any given topic, we break the numbing spell that majorities have over groups. We temper extremities, flush out the overlooked assumptions in the majoritarian take, and encourage better decision-making.

Consensus, contrary to the “science is settled” mantra of climate change activists and affectatious Covid pushers alike, is not desirable. At least according to U.C. Berkeley psychologist Charlan Nemeth, who, in her 2018 book In Defense of Troublemakers: The Power of Dissent in Life and Business, summarizes research into majorities and minorities, consensus and dissent.

It’s not a pretty view for those who think bashing wrong-thinkers into silence and reeducating those with the wrong disposition are the treasured fights of our times. In very accessible chapters, Nemeth takes us through detailed analysis of how the lone dissenter in 12 Angry Men could persuade a powerful majority opting for a guilty verdict (majorities persuade quickly and in numbers; minorities quietly and through persistence); we get a comparison between the JFK administration’s internal information-processing in the Bay of Pigs disaster in 1961 and the more balanced and nuanced approach to the Cuban Missile Crisis the following year; we have a brief look at Edward Snowden and the gradual shift of him from a careless criminal to a courageous whistleblower.

“Repeatedly we find that dissent has value, even when it is wrong, even when we don’t like the dissenter, and even when we are not convinced of his position. Dissent breaks the hold of consensus and majority opinion and enables us to think more independently. Dissent also stimulates thought that is open, divergent, flexible, and original.”

But that’s about it. Nemeth falls for the classic writer’s mistake of telling her readers something rather than showing them. She repeats her talking points about the group value of dissent and she explains the results from various experimental studies, but she never really delves into precisely how those studies convincingly prove the psychological results they aim for: that majorities can pressure us into disbelieving our own senses; that dissenters even in error can improve group decision-making; that consensus can quell creativity and the search for truth.

The creation myths of the field that is social psychology are that humans are fickle creatures, easily manipulated, and routinely fall prey to group pressures. The “wisdom of crowds” cannot be trusted as they don’t form their opinions independently and so all sorts of incredible behavior are possible, ranging from manias to genocides. There are quirks of our mental processes, believe psychology’s practitioners, that manifest themselves as very odd behavior – that government officials can manipulate for our benefit, or self-help guides can use to improve our lives.

In the real world outside the experimenter’s carefully assembled settings, this was almost much less obvious. Psychology shares the problems of its bastard child with economics (the branch called “behavioral economics”), in that most of its experiments are convoluted and weird. These are not conditions that people usually find themselves in, and most of the time they have no skin in the game, the stakes involved are low, and nobody has a meaningful reason to exert themselves. As Bryan Caplan points out in The Myth of the Rational Voter, people look much less irrational in their natural economic habitat.

I get the same impression from reading Nemeth. She carefully explains one experiment after another of what seems to be dubious quality: finding anagrams, spotting star constellations, arbitrarily assessing which word associations are creative and original and which are mundane and conventional. She walks us through studies where students were told about a majority of other students’ position on recent campus proposals, which then led them to read a more balanced amount of articles for and against: “They wanted to understand the perspective of that majority,” Nemeth concludes. She manages to show that groups with majority pressure tend to shape both the answers given and the attention awarded various tasks – but how realistic are all these settings? Would they translate to real-world situations we’d be likely to find ourselves in?

Studies using ultimatum game and dictator game, staples in behavioral economics and social psychology, are often used to point to inherent altruism or that we have an innate aversion against unequal outcomes. When those studies were modified only slightly to resemble real-life conditions (for instance money pots to split were given evenly and not only to the dictator/proposer or research subjects had to work for the money before the game began), the stark results vanished. When observed in real life markets, too, the very same research subjects who had just behaved altruistically in the experimental setting, where they were being observed by the researcher, did not, thinking that they were no longer monitored.

Even Solomon Asch’s classic conformity experiment (where respondents judge a line to be shorter than it is after hearing their fellow participants take that position) that dominates Nemeth’s first chapter has been gravely criticized, and replications following it show much less of a tendency to conform, if at all. While the conclusions that point to the horrors of peer pressure might have been a quirk of the 1950s, the sample population Asch used, or mere statistical fluke, the result has been firmly entrenched into the wider public: we are fickle creatures that easily conform to what those around us do, even if we know it to be wrong.

While I want to believe that, and her research would greatly validate my own excessive tendency to – as Steve Carell’s character wonderfully puts it in The Big Short – call B-S on “every f—ing thing,” I don’t think I can. Because of psychology’s replication crisis, where many long-standing research results either turn out to have been faked and manipulated or just don’t hold, it’s hard for non-experts to trust anything coming out of this dismal science. Yet, like Stuart Ritchie or John Ioannidis – and others who’ve done a great service separating out the chaff – often emphasize: the fact that some, or even most, psychology is rubbish doesn’t mean that we can safely discard any new psychology finding without proper cause. All these baskets of bad apples don’t mean that the tree is poisonous.

Still, many of the experiments that Nemeth walks us through in Troublemakers have the character of many dubious psychology results: incredible outcomes, ambiguous interpretations, settings with little-to-no real-world equivalents. She mentions that her professional work was grounded in studying jury deliberations and verdicts – conditions that are both real and have high stakes – but unfortunately spends almost no time on that work in the book.

This seems like useful advice, regardless of whether Nemeth is right about the powerful impact of dissenters. But I hope she is.

This article, Dissenters, Unite!, was originally published by the American Institute for Economic Research and appears here with permission. Please support their efforts.

CNN Tries to Sell ‘The Vaccinated’ as a New Political Party

Obama To Throw 60th Birthday Bash For 700 People Despite COVID