Don’t Look Up: The Allegory We’ve Been Waiting For 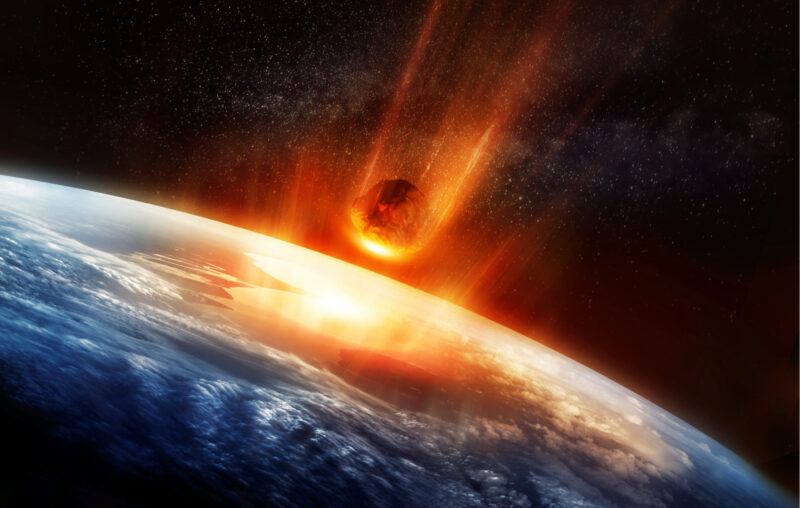 Last weekend, between dealing with Winter Storm Izzy and a torrent of work to complete, I squeezed in a viewing of Adam McKay’s Don’t Look Up. So much has been said about it in the last week or two that it felt like a moral obligation, albeit a second-tier one. This is not a movie review so much as it is a resounding thanks to the writers, cast, and crew. I commend them for making a film so long overdue with the urgency required.

Be respectfully forewarned: there are many spoilers ahead.

The plot is relatively straightforward: a graduate student (Jennifer Lawrence as Kate Dibiasky) and astrophysicist (Leonardo DeCaprio as Dr. Randall Mindy) discover a previously undiscovered comet hurtling toward Earth. A few quick calculations reveal that the comet will strike our planet in six months, and that the size of the object is sufficient to trigger an extinction level event. The scientists go to Washington, DC to speak to the President, but she (played by the irrepressible Meryl Streep) and her insular, superficial, poll-focused inner circle are preoccupied with political scandals and spin. It’s only when NASA confirms the doomsday scenario that government officials begin taking notice.

Efforts are made–with help from an opportunistic billionaire tech guru–to send a glorious, star-spangled nuclear missile barrage at the approaching rock. At the last minute, the mission is aborted: it seems the comet is full of trillions of dollars worth of rare elements and precious minerals. A second mission, employing super high-tech drone miners, is launched, with the intention of breaking the massive rock into chunks that will be retrievable from oceans. When that mission fails, and the approaching comet is certain to strike the planet, pandemonium ensues.

About 25 days before impact, the comet becomes visible in the night sky. A last ditch effort is made to jolt public awareness, with the scholarly harbingers begging the public to “Just Look Up.” In response, in an extraordinarily cynical act of minimization, the administration launches a campaign to convince Americans that the doomsday warnings are merely a political distraction. The admonitions, they say, are merely intended to frighten people and divert attention from more pressing issues. They launch a louder, slicker, pop culture-oriented counter-campaign exhorting people: “Don’t look up.”

When the drone mission fails and it becomes clear that the end is nigh, a group of 2,000 corporate and government elites take to space to find a new home for mankind. The rest of Earth’s population, including our all but ignored protagonists, are wiped out in the impact.

Of course, this is a science fiction comedy and satire, so the unfolding of all this is an exercise in dark humor. Critical announcements are preempted by pop stars and social media influencers. Both Lawrence and DiCaprio’s characters see sharp divergent personal circumstances as their harangue about the impending danger goes viral. Dibiasky is mocked as a lunatic after a televised tirade and eventually relegated to a grocery cashier, while Mindy becomes something of a national celebrity and sex symbol. The government coopts and softens certain messages regarding the impending calamity, censors others, and in any event only responds with urgency to donors and special interests.

The sarcasm here is not subtle. It is also eminently plausible. Faced with imminent doom, government officials, corporate chieftains, and the broad public would rather think about other things. Opportunism is rampant. Even among those attempting to confront the ongoing disaster, there is disagreement and incompetence. What is first met with derision and later dismissed ultimately becomes a policy football. Over time, belief in the very existence of the comet becomes a political litmus test.

(McKay’s inclusion of the “comet mining” subplot appropriately draws directly from actual far-left chimerics. In Bastani’s Fully Automated Luxury Communism, it is proposed that one way of creating a post-scarcity world would be to simply tow an element-studded asteroid such as 16-Psyche a few hundred million miles back to Earth.)

To most anyone who sees the film, the figurative connection will immediately be evident. Clearly, writer/director/producer McKay is attempting to draw attention to repeatedly ignored warnings about runaway Federal budgets, untethered monetary policy, and more broadly the dangers of an expansive, increasingly unaccountable central government. The national debt is now at $29.7 trillion, up 28 percent in less than two years. In October 2020, for the first time the US debt exceeded the size of the economy (GDP) itself. (In fact, when including unfunded liabilities, the total US debt may be up to $100 trillion higher than the public debt outstanding.)

The response, incredibly, has been to increase spending, pile on new entitlements, and kick the can down to future generations. So many scholars, spanning so many political segments – traditional conservatives, libertarians, independents, moderates, and even a handful of “progressives”/leftists – have sounded the profligacy alarm for years. And for just as long, like the public being put on notice by DiCaprio’s Mindy and Lawrence’s Dibiasky, disinterest and even denial have followed.

The fiscal largesse has been abetted by the Federal Reserve. The Fed, though nominally independent, has a long history of being politically inveigled. And despite wrestling with technical pitfalls, knowledge problems, confounding incentives, and political pressures, the Fed has been loaded with incrementally increasing responsibilities. I am certain that, in Dr. Mindy’s philippics, McKay is in part evoking the absurdity of monetary mission creep. Yes; the agency, which itself (or, at least in the assessment of one former Chairman) takes responsibility for the Great Depression is now charged with adjusting the size and rate of increase/decrease of the money supply in order to address financial panics, prevent bank runs, set the stage for maximum employment, production, and purchasing power, and facilitate macroeconomic stability.

And climate change. And inequality, too.

Our comet, the film makes abundantly clear, is a blank check government; captured by special interest groups, and steadily increasing in both size and scope.

So who are those that McKay alludes to in the “don’t look up” character framing? They are, unfortunately, anywhere. They’re the people who are saying that debt doesn’t matter (some of whom say because we “owe it to ourselves”). They’re media outlets informing people that inflation is “actually” good for them. Some are even championing policies which favor a state that can imprison you in your home if you choose not to be vaccinated. Many, indeed most of these people intuitively understand the problems associated with excessive debt. Even those

who have never taken an economics course know that falling purchasing power is, all else remaining equal, a generally bad state of affairs for consumers and savers. And the vast majority know that governments that obtain emergency powers never relinquish them when crises abate. (As rough but partial benchmarks of that expansion in state power, follow the growth in both the number of pages in the Federal Register and the number of words in the US Tax Code over a few decades.)

So why don’t they “look up,” with so many of us sounding the tocsin, loudly, for years and years? Who knows. Maybe, as with McKay’s comet, it’s only when problems are right in front of us that action is spurred. Silly distractions readily command more attention. And maybe we are simply flawed beings; some brilliant, some simple, but inevitably myopic and with different personal views as to what matters most over varying time frames. Whatever it is, McKay’s dark satire about the inability to warn most people of impending danger before it’s too late should resonate with all who strive for sound money, fiscal sobriety, personal responsibility, and limited government.

Two final points. First, in the spirit of Disney’s Marvel franchise, there are two post-credit scenes. In the first, the writer-director is undoubtedly pointing out that regardless of how far one “travels”–here, almost 23,000 years into the future–the fundamental interplay between limited resources, unlimited wants, and finite time is never repealed. Shortcomings, limits and risks are pervasive within the human endeavor; no perfect Eden awaits.

Second and most important of all: before you send me an email regarding other interpretations of this film, yes – I know.

This article, Don’t Look Up: The Allegory We’ve Been Waiting For, was originally published by the American Institute for Economic Research and appears here with permission. Please support their efforts.

The Biggest Industry In Every State Of 2022

REPORT: Under Biden, US Intel Agencies See ‘Diversity’ As A Top Priority