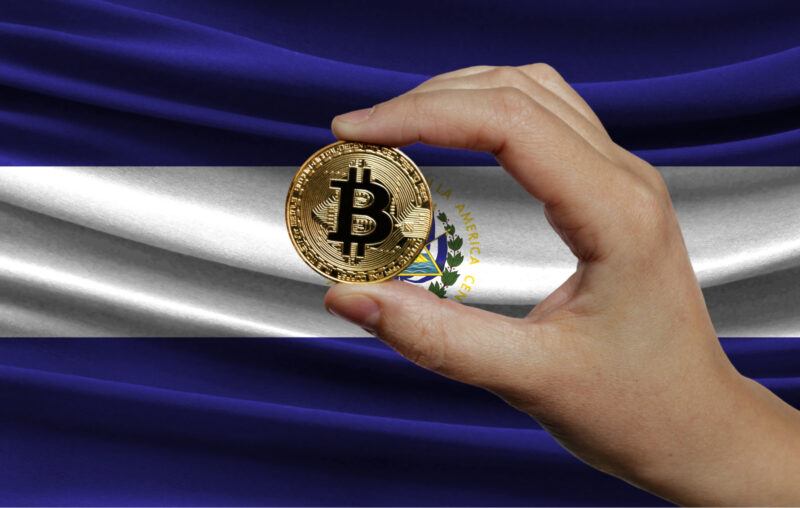 El Salvador has been in the global spotlight on several occasions since it adopted Bitcoin as a forced tender. Several initiatives have emerged related to its adoption of Bitcoin as a currency, one of which is the creation of Bitcoin City on a beach. However, creating a city from nothing requires enormous resources—resources that El Salvador lacks. El Salvador returned to the headlines by announcing the issuance of the first Bitcoin bond to finance Bitcoin City. Now that the price of Bitcoin has plummeted, El Salvador is back in the news for increasing its purchases of the famous cryptocurrency.

This article is analyzes what is behind El Salvador’s affair with Bitcoin, which so far can be divided into four acts:

Make yourself comfortable because these acts are increasingly outlandish, and each has proven to be a resounding failure so far.

The Bitcoin–El Salvador relationship has very little to do with either the adoption of stable money or progress. It has much more to do with trying to prevent the country from going bankrupt, with increasingly long odds.

Act 1: The Adoption of Bitcoin as Forced Tender

In September 2021, El Salvador was on the front pages of major newspapers for days, and for weeks it made headlines in specialized economic and financial blogs. It had passed legislation adopting Bitcoin as legal tender in June of that year. This was quite a surprise and a very bold political move.

Despite the problems with that law and the well-founded accusations of corruption related to the official wallet in which Bitcoins are traded, many still see this as a step toward the monetary future.

The main problem with the legislation is that it made accepting Bitcoin obligatory for practically all payments in the country (forced tender).

Throughout history, legal tender provisions have been enough to enable state-issued money to circulate so that, at least for the most important currencies, it has not been necessary to issue a forced tender.

El Salvador announced it was adopting Bitcoin as a forced tender. Surprisingly, a considerable part of the Bitcoin community viewed this move favorably. Considering that Bitcoin was designed to protect people against monetary abuses by the state, it does not seem entirely consistent to applaud a state that abuses its authority by imposing Bitcoin as a form of payment.

El Salvador at least maintained some consistency by accepting tax payments in Bitcoin (although taxes are billed in dollars, they can be settled in Bitcoin, meaning Bitcoin is not a unit of account but only a means of payment). It was also consistent in not establishing capital gains taxes for Bitcoin holdings (it makes no fiscal sense to tax capital gains on a good that is being promoted as money).

However, the country then went much further and created a fund (or trust) to guarantee immediate convertibility between Bitcoin and dollars.

El Salvador established an official wallet called the Chivo wallet for transacting Bitcoin with the government’s backing. The stated purpose of this wallet was to provide an alternative so users could exchange Bitcoin for dollars. The unstated purpose was to shield the population from the volatility typical of the cryptocurrency market. The government now guarantees an instantaneous, stable exchange rate between dollars and Bitcoin from the moment Bitcoin is converted into dollars (regardless of when the actual Bitcoin-to-dollar conversion is made). Thus, the government absorbs the day-to-day volatility of the Bitcoin market.

To enable immediate Bitcoin-to-dollar conversion, El Salvador created a $150 million state fund. This may seem like a modest amount, but El Salvador’s GDP is just $28.5 billion and the state’s annual revenue is just over $6 billion. El Salvador thus dedicated 2.5 percent of annual state revenues to the fund.

Salvadorean banks are obliged to lend their services to the state-owned Chivo wallet at no cost. In other words, El Salvador is forcing its financial sector to finance its direct competitor for free. Here again, the steps El Salvador is taking are not aligned with the Bitcoin philosophy of protection against monetary abuses by the state.

How Has El Salvador’s Bitcoin Investment Been Doing?

El Salvador is losing huge amounts of taxpayers’ money with the Bitcoin fund. It is estimated to have used $107 million of the fund’s $150 million and currently owns 2,381 Bitcoin. But at the current Bitcoin price (approximately $20,000), El Salvador’s investment is worth only $48 million. In other words, President Nayib Bukele’s monetary policy has resulted in a loss of more than 55 percent in the ten months since September 2021. The loss is equivalent to 1 percent of El Salvador’s public revenues.

Figure 1 shows the Bitcoin price along with the times when El Salvador purchased Bitcoin.

Losing money with the Bitcoin fund is not necessarily a failure if the purpose of the fund, as established by the law, is not to make money but to enable immediate convertibility. However, Bukele’s constant messages announcing that El Salvador is taking advantage of price drops to make purchases suggest that he is playing hedge fund manager. The criteria for buying and selling Bitcoin to ensure instant convertibility have very little to do with the criteria to ensure profitability. Again, the mere existence of a state fund to ensure convertibility is a direct attack on Bitcoin’s principle of decentralization.

Act 3: Bitcoin City? Creating a City out of Nothing

The government is seeking to attract crypto-related capital to the country. In September 2021, just a couple of months after taking the gamble of making Bitcoin a forced tender, the government announced the creation of Bitcoin City.

Bitcoin City is intended to be a special economic zone—specifically, an industrial hub related to the world of crypto assets. Like any special economic zone, it would feature some special regulations that would not apply to the rest of the country. For example, in Bitcoin City residents would pay no personal taxes of any kind, only a consumption tax.

Bukele has gone so far as to assert that Bitcoin City would make El Salvador the world’s financial center.

Bukele stated that the infrastructure of the city would cost about 300,000 Bitcoin. At the price at which Bitcoin was trading in November 2021, this is equivalent to about $18 billion, an astronomical amount for El Salvador. How is El Salvador going to pay this much? This is where Bitcoin bonds come in.

To finance Bitcoin City, El Salvador planned to issue a series of bonds. The first—strikingly named the Volcano Bond—was supposed to be issued in the first quarter of 2022. No bond has been issued yet. The bond would have a value of $1 billion, pay 6.5 percent interest per year, and be issued and payable in US dollars. Further bond issues on similar terms were expected to be made soon.

Why is it called a Bitcoin bond if it is issued and payable in dollars? Because the bond would be backed, at least in part, by Bitcoin. Half of the revenue received from the bond would be used to build Bitcoin City, and the other half would be used to buy the Bitcoin backing. After five years passed since the bonds were issued, some of those Bitcoin would be sold and the state could pay a higher interest rate to investors because the value of Bitcoin is expected to rise. The 6.5 percent interest rate is relatively low for a bond in El Salvador given the country’s delicate fiscal situation, as is discussed in the next section.

As noted, calling the bonds Bitcoin bonds is somewhat misleading because they are issued and payable in dollars. However, the money received is supposed to be used, in part, to finance the purchase of Bitcoin to back the bond. The other part of the money received is also linked to Bitcoin, as it is supposed to be used to build a city that aims to be a center of the fledgling crypto industry. Still, interest in purchasing the initial Bitcoin bonds was practically nil, and both the Bitcoin bond issue and development of Bitcoin City are at a complete halt. Thus, Bukele’s ambitious plan has experienced two new failures.

El Salvador Is on the Verge of Bankruptcy

Despite the enormous media buzz generated by El Salvador’s constant monetary adventures, the media rarely mention that El Salvador is on the verge of bankruptcy.

El Salvador is likely to default on its public debt in the coming months because of great uncertainty about its ability to repay the principal of an $800 million bond in January 2023. This uncertainty is causing the value of its bonds to plummet, and some bonds are already pricing in a potential default.

For example, El Salvador’s thirty-year bond is trading at only around 30 percent of its face value. In other words, if an investor trusted the government of El Salvador in the past and invested $1,000 in a bond, they would only receive $300 if they sold it now. Alternatively, if today they were to trust the government’s ability to pay, they would receive a juicy 30 percent annual return in dollars for the next thirty years. Figure 2 shows how the price of the thirty-year bond has plummeted in the last year.

Thus, these prices and yields reflect a potential default or a credit event such as a debt restructuring. El Salvador’s credit default swaps, a kind of default insurance, have reached exorbitant prices in financial markets—prices that imply a 75 percent probability of default.[6] El Salvador’s default insurance is now pricier than that of Costa Rica, which has already been bailed out by the International Monetary Fund. Rating agencies have periodically cut El Salvador’s rating and now treat its bonds as junk bonds.

The assessments of all the rating agencies imply a very high risk of default. A further downgrade by Moody’s, for example, would mean El Salvador would enter the stage just before default. Now, rating agencies usually downgrade credit ratings only after a financial and economic situation worsens. So the credit-default-swap market is already pricing in a potential Salvadorean default that rating agencies will only begin to include in their ratings in the future.

El Salvador lacks the resources to pay its government debt. Because it’s highly endebted, it is virtually closed to international capital markets. And in part because of the government’s misguided economic policy, the International Monetary Fund is reluctant to grant it an emergency loan (El Salvador’s diplomatic rapprochement with China and its confrontation with the US could also be factors).

Bukele’s constant nods to investors in cryptocurrencies are nothing more than last-ditch attempts before the country must bow to the harsh conditions the International Monetary Fund will impose when extending a soft loan to save the country from disorderly bankruptcy.

El Salvador can be seen either as a pioneer in the world of cryptocurrencies or as a country that is reckless in its government finances.

The whole crypto scheme is being promoted as a step toward developing an alternative to the financial repression prevailing in almost the entire world today. But in fact El Salvador’s financial situation is much bleaker, and Bukele is seeking funds from clueless investors by convincing them the country will host the world’s newest financial center.

This article, El Salvador and Bitcoin: A Love-Hate Story, was originally published by the American Institute for Economic Research and appears here with permission. Please support their efforts.