Empowering Insurance Companies to Save Lives 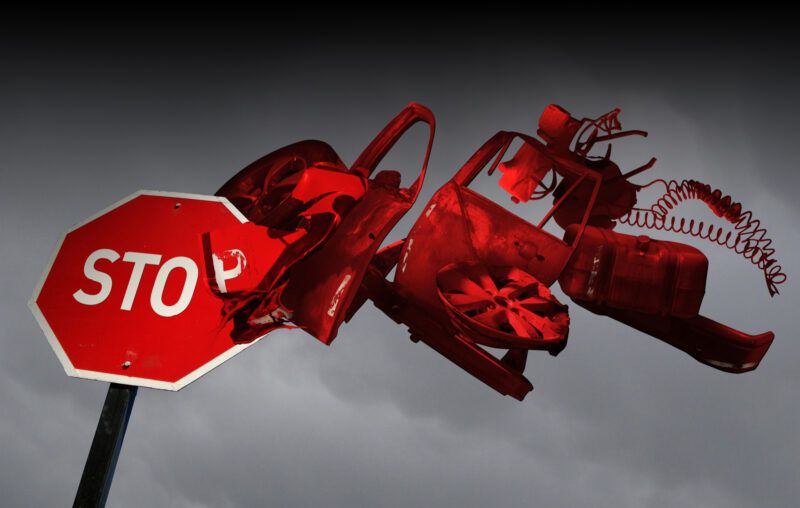 The memory is hazy as to the exact year, but seemingly ten or fifteen years ago an auto insurer offered a novel option for drivers: lower prices if the insurer could track the driving style of the insured. Call it a chip, an automated spy or whatever makes you comfortable, but the insurer would install a device in the cars of its customers. If their driving style tracked as careful, the cost of insurance would decline to reflect this.

The reactions to this innovation were swift. Readers can perhaps guess what they were. “Big Brother” had arrived, Big Business was watching us, our privacy was being trampled on….

The reactions were completely ridiculous. The insurer was merely offering a path to lower insurance costs. No one was forced to purchase the option as much as some could voluntarily do so. Stating the obvious, prudent drivers would benefit financially from being watched. And no, it was not going to be Big Brother from George Orwell’s 1984. In the novel, Big Brother was watching all that you did, and you had no choice in the matter. In the modern insurance case, the decision to have one’s driving style tracked was once again a choice. This was not Big Brother, Big Government, or Big anything.

What revealed itself as too controversial for the overly sensitive came to mind recently. It was a column by the Manhattan Institute’s Nicole Gelinas. She made the point that if we’re going to be honest about car accidents, we’d have to admit the obvious: young men are frequently the cause.

About what Gelinas reported, is anyone surprised? Young males are more than a bit unruly. In various columns over the years George Will has opined that civilizing young men is one of society’s most crucial functions. Cliched though it may be, when they’re young males think they’re going to live forever. They feel bulletproof. These invincible feelings can be lethal when combined with automobiles.

So what’s the answer? One obvious legislative answer is to delay the age at which men can acquire driver’s licenses. Some are doubtless nodding their heads to such a simple solution, but the view here is that it’s an awful one. One-size-fits-all from government is never the answer for it treating us as though we’re all the same, it’s a taking of liberty, plus it insults us. Really, who among us needs to be forced to not do what might bring us and others harm? Rather than one-size-fits-all, parents who would prefer not to get calls from hospitals late at night will decide with each child when it’s proper to let them get behind the wheel.

As is always the case, government is superfluous on matters of safety. All that, plus Will has made the point about the death penalty that it imbues government with too much majesty. So true, and it seems to apply to driving too. Government should be deciding less, not more. Let’s not enhance government’s power even more in order to fix a problem (young males driving recklessly) that reasonable people can fix. If males are incautious, parents should make decisions about driving accordingly. So should insurance companies.

When you think about it, insurance companies could do so much here if reasonable people could get over their irrational fear of Big Brother. Or cease mis-applying it. Businesses watching their customers and learning about their customers is as old as business. Thank goodness for this truth. If anyone is doubtful as to the genius of customer oversight, they need only read books about the old Soviet Union, and the state of restaurants. Soviet “restaurants” (and businesses more broadly) were thoroughly uninterested in their customers, and it showed. Restaurant patrons were told what they would be served, decades-old menus be damned.

Stop and think about what insurance companies could do for road safety. These companies are what Canadian economist Reuven Brenner refers to as “price givers.” By putting a price on all manner of activity, they regulate the activities. How about with young males? How about parents choosing to empower insurance companies to install all manner of tracking devices in cars that will be operated by young males? The benefits of this kind of voluntary action would be immense. If young men drive without caution, the insurance companies will know. And they’ll increase the cost of insurance accordingly, insurance frequently paid for by parents. Parents control the purse, which means they control whether or not young people will drive.

The thing is, young people want to drive. Which is the point. Price signals will powerfully govern their ability to. If they’re reckless, the cost of driving will soar. And they’ll lose driving privileges. Problem solved by the free market. It’s something to think about.

This article, Empowering Insurance Companies to Save Lives, was originally published by the American Institute for Economic Research and appears here with permission. Please support their efforts.