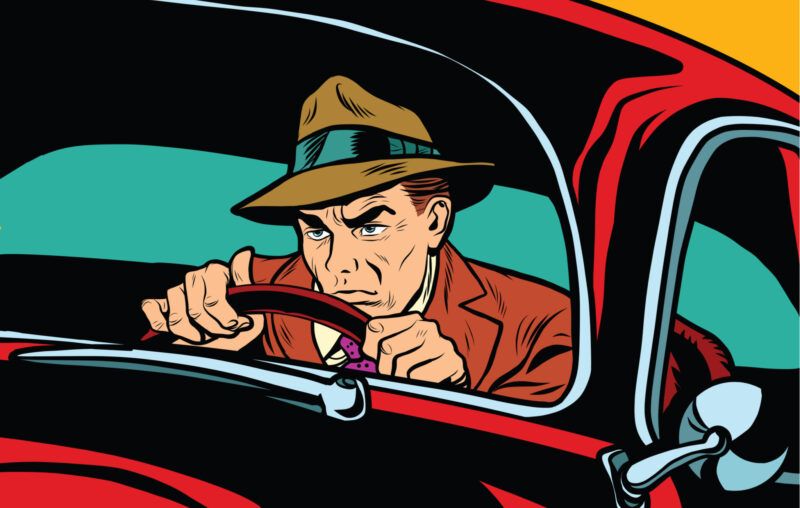 We know that for the past year and a half, Fauci has played the role of public-health papa before a fawning media. We also know that despite his guidance flip-flops and questionable support for the government’s pandemic policy lapses, Fauci continues to hold forth on the latest measures such as mask and vaccine mandates.

Most importantly, though, we know that Fauci is the man at the top of the bureaucratic food chain regarding certain kinds of research funding. In other words, Fauci is responsible for doling out billions to supplicant scientists all over the world. When it comes to federal grants to research on deadly pathogens, including zoonotic viruses that resemble SARS-CoV-2, there is no higher authority in the United States than Fauci. He is a research monopsony.

So, we need to know more. Much more. Yet journalists are failing us.

Someone has to break through the institutional narrative. Someone has to cut through the cult of personality. And someone is going to have to stick out his-or-her neck to ask more questions of the world’s most powerful people. Note that none of these questions will gain much traction if they come from a right-wing politician in a Congressional hearing. We need journalists.

The media must consider the disturbing possibility that the very organization whose mission is “to enhance health, lengthen life, and reduce illness and disability” might be responsible, if indirectly, for the deaths of about 4.5 million people as of this writing.

Therefore, what we urgently need to know, are clear answers to the following questions:

Questions around Fauci’s involvement (or negligence) ought to be at the top of every outlet’s list when it comes to a pandemic that has killed more Americans than the U.S. Civil War and millions more worldwide. What would the people in that fateful meeting stand to lose if the public knew they were at all responsible for this pandemic?

It has taken intrepid opinion writers such as Matt Ridley. Add in a network of investigators that includes trollish provocateur Yuri Deigin to do the journalists’ job on the lab-leak hypothesis. Reporter Alison Young gets an honorable mention, I admit. And Katherine Eban deserves credit for going against the grain but was already firmly attached to the spigots that pumped out the same lab-leak theory when her piece in Vanity Fair hit newsstands. WaPo’s Josh Rogin tells of a GOP congressional report but why is the GOP doing the WaPo’s job?

What Journalism Has Become

We ought to have more answers to these questions, but journalists are no longer doing their jobs. Or perhaps more accurately, most journalists no longer think their job is to get to the bottom of anything. Some write for clicks. Others write for party. Too few seek the truth.

Imagine having a press credential and saying the following to yourself:

And yet, with rare exception, the above are just the kinds of things a journalist would have to tell herself to stick her fingers in her ears and say lalalalala, nothing to see here.

Instead of starting with skepticism of official narratives, journalists now see themselves as the sentinels positioned around those narratives. This troubling abandonment of journalism’s primary purpose threatens our ability to make sense of the world.

Sadly, for many journos, that’s the idea.

Instead of digging for the facts, the media have become bullhorns for state actors and political proxies. Instead of ‘speaking truth to power,’ most now think their job is to serve power. Their favored experts, whose expertise is unassailable, are just agents masquerading as sources of truth. The very idea of science as an ongoing process has been corrupted. And the media now view their favorite politicians as would-be angels ready to bring about Heaven on Earth (well, if they didn’t have to contend with the opposition’s monsters.) As they see it, a journalist’s job is to propagate and amplify narratives that keep the public compliant and otherwise lost in a Hall of Mirrors. Let our vaunted leaders do their jobs, which is apparently to shore up architectures of behavioral control. Sometimes that means repeating talking points ad nauseum or telling noble lies.

If you could travel back in time and tell a Soviet, high in the Politburo, that there was no need to threaten reporters with the Gulag, they would not believe you. Yet here we are.

J-schools around the country have provided the political elite with willing pawns. Those who might once have probed authorities now serve as their mouthpieces. In America today, those closest to the seat of power squint at Jen Psaki and see C.J. Cregg.

Some play to internet incentives and social media dynamics. Others fear being canceled by their peers. A few fear their editors. But most of them are just lazy ideologues pumped out of Columbia or UNC-Chapel Hill. They’re trained to repeat variations on the party line. If a reporter’s duty was ever to improve public sensemaking, they have abandoned that duty. Between treating experts as near-omniscient or seeing career bureaucrats as paladins of the public trust, journalists have become credulous, willing instruments of the U.S. Ministry of Information.

Twitter personality Eric Weinstein thinks the media have abandoned their mandate and have become guardians of what he terms the “gated institutional narrative.” I can’t help but agree. Yet when it came down to Paul vs. Fauci, Weinstein decided not to take sides. Instead, he surmises that Fauci’s involvement at the highest levels could be a form of “12-D chess” beyond the kin of Fauci’s populist interrogators. At least that’s how Fauci sees himself, suggests Weinstein.

When the stakes are high, Weinstein is wont to take detached, even esoteric positions. Maybe he doesn’t want to turn out to be wrong. Or maybe this is his poetic way of saying I don’t know. He certainly doesn’t want to be confused for the troglodytic contrarians who follow him. Whatever his motivations, Eric Weinstein is not a journalist. But it’s reasonable to assume he agrees with the proposition that journalists ought to be doing their jobs on this and other issues that would require breaking through the “gated institutional narrative,” 12-D chess notwithstanding.

So how do you fix journalism?

Objectivity in journalism is dead. It’s not only dead because journalists no longer value it, but also because most people have come to terms with the fact that no one is in a unique position to serve up Truth with a capital T as if it were a cheeseburger. Everyone is locked in their perspectives and we are all mediated by screens. But what’s left of journalism in the post-truth era is an army of lost souls pumping volleys in a meme war with no apparent end. That has to change if we are ever going to make any sense of things.

There is no single way to restore journalism’s integrity. It’s going to take a lot of different approaches. My favorite approach, though it’s probably the hardest, is to change the incentives that drive journalists. But that’s going to take innovation. Specifically, geeks will have to create sensemaking systems that put more people’s skin in the game — especially the journalists. Whether through reputation or remuneration, there needs to be a higher cost to being wrong.

In the next couple of years, we’ll see the advent of censorship-resistant sensemaking technologies. Such technologies will offer incentives for anyone to bring validating or falsifying evidence to journalists’ claims, including all the dubious “fact-checkers” out there. I imagine a kind of perceptions market designed to filter out bullshit or bravado and encourage the crowdsourcing of higher-quality evidence. (Better Skeptics is one such early effort though it lacks a market mechanism.)

Until such technology exists, we have to appeal to the time-honored tradition of being the one to get the scoop. We must awaken whatever journalistic ethics lies buried in the hearts of those few remaining journalists who have a heart.

Simply said, we need our journalists to:

We may never know what happened in Fauci’s meeting in early February 2020. But we know that every single person in that meeting would have had strong incentives to call the notion of an engineered virus a crackpot theory (which they did), propagate the natural-origins theory (which they did), and obscure their potential involvement in the creation of a virus that has done so much damage around the world.

Though it might mean sacrificing short-term gains, journalists who do their jobs will be rewarded in the long run.

This article, Fawning For Fauci, was originally published by the American Institute for Economic Research and appears here with permission. Please support their efforts.

In One Chart: Why October’s yield curve inversion might not spell doom for U.S. stocks in 2023